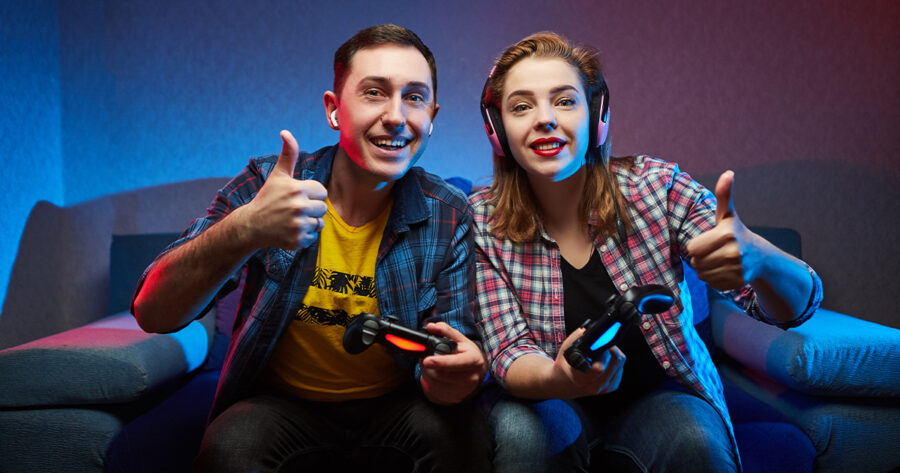 Hey gamers, is it just us or are there more and more ‘must-play’ video games coming out every year? As if that wasn’t making it hard to keep up, there are also now more platforms than ever. It is completely understandable that many gems would slip through the cracks of any gamers. Understandable as that may be, it is also unforgivable. As such, here are the 10 games you NEED to check out TODAY! Cancel your plans. You’re checking these games out tonight.

Elden Ring – This is the game of the year, if not decade. You have a LOT going on tonight, so I don’t think you should dive in too deep, but maybe make a character and poke around and get a feel for just what a special game this is. Make sure to stay on task, though, we’re just getting started.

Teenage Mutant Ninja Turtles: Shredder’s Revenge – This love letter to TMNT and coin-op games of the past feels just like the classic Turtles beat-’em-ups a lot of us grew up playing. It’s on Game Pass, so at least you won’t have to buy all 10 of these games, you know what I’m saying? You will need to play it tonight, however.

Rocket League – If you haven’t checked Rocket League out in a while, now is the perfect time as the game’s seventh season since becoming free-to-play has just begun! Play a game or two and move on. This is mostly here to help us make some better time, if I’m being honest.

Forza Horizon 4 – If you missed it, this one’s worth checking back in on. It’s just from 2018, so it’s hardly outdated or anything. Actually, I think they optimized this one for Series X as well, so rock and roll.

Capcom Fighting Collection – Okay so technically this one has 10 games on it, but really you just need to find some time to check out Darkstalkers, Red Earth, Vampire Hunter 2and Cyberbots.

Fall Guys – Hey, this one’s free now! And you can get through a game really quickly, especially if you lose in the first round. Let’s keep it moving here, because you still have a bunch of games to get through tonight and they won’t count if you take a break. Onto number 8!!

Neon White – People are saying this one is really fun. It looks really fun! I haven’t played a video game in months though, so I don’t really know. But hey, let’s throw it on the list. Now you have to buy it.

Slay the Spire – This is just the best game that’s come out in years. This needs to be on your Switch, computer, and phone. (But it still only counts as one on the list, sorry.)

Stardew Valley – After playing 9 different games in a single evening, there’s simply no better way to unwind than spending some time on the farm. Don’t stay up too late though, you have another big day of gaming ahead of you tomorrow!