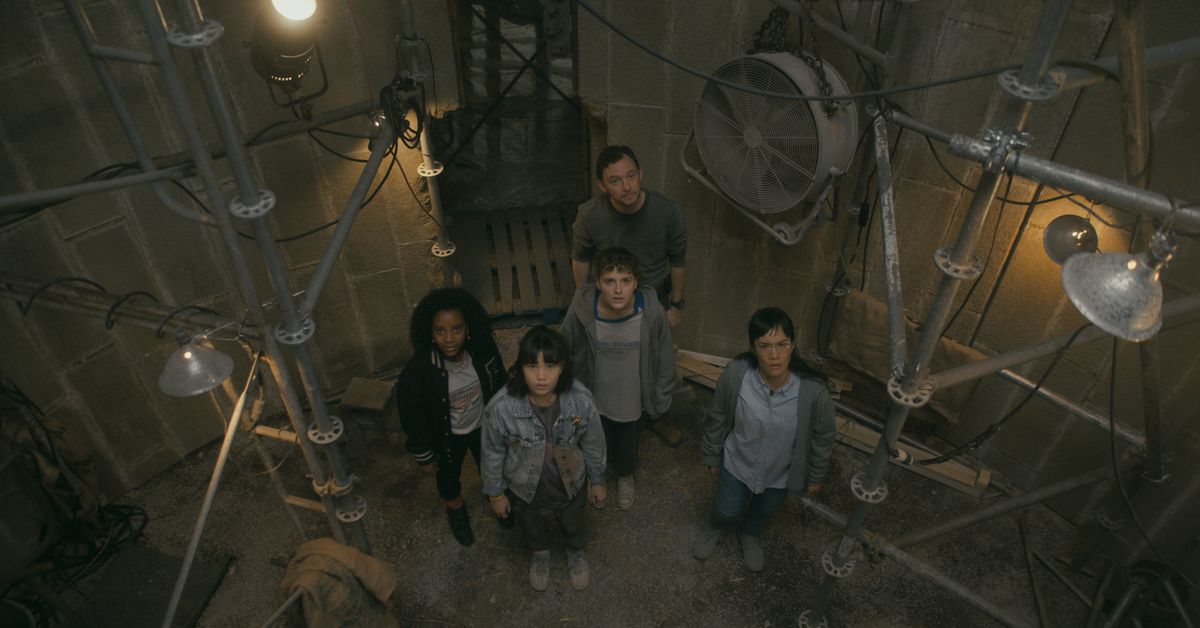 Adapted from Brian K. Vaughan and Cliff Chiang’s 2015 graphic novel series, the eight-episode television series follows the story of four paper girls, Erin, Mac, Tiffany, and KJ, who find themselves caught in the crossfire between two warring factions of time -travelers on Halloween morning in 1988. Inadvertently transported to 2019, the girls must seek help from their older selves in order to find a way back home and escape the clutches of their would-be captors.

This new trailer offers a fuller look at the premise and opening scenes of the series, which comes across as a cross between Stranger Things by way of The Adam Project with a few bits of Umbrella Academy-like strangeness and humor sprinkled throughout.

In addition to Erin’s previously revealed older self portrayed by Ali Wong, we also see glimpses of older versions of Tiffany in a nightclub and KJ kissing another woman in a bedroom. That’s not even mentioning the white-armored time-travelers chasing the girls through a forest firing laser rifles or what look to be purple robotic fireflies swarming across Erin’s wounded abdomen.

Eight episodes of Paper Girls will be released on Amazon Prime Video on July 29.