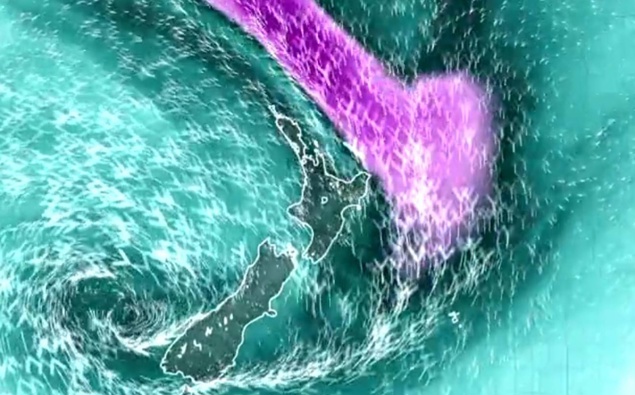 They’ve powered some of New Zealand’s biggest deluges in recent years, causing millions of dollars in flood damage – and another forecast is to dump more than 100mm of rain on the Bay of Plenty early this week.

Now, scientists have revealed some surprising new insights into so-called “atmosphreric rivers” that snake thousands of kilometers over oceans and cause much of our extreme rainfall.

We can think of these as long, thin filaments of atmospheric moisture, capable of carrying double the average flow of the Amazon River – or 200 times that of our largest river, the Clutha/Mata Au.

Around 40 atmospheric rivers make landfall here every year, with four or five classified as strong and usually hit around summer.

But these giant rain-makers could in winter, too: as strike shown by a deluge forced put swathes of Canterbury farmland underwater last winter, and another that the evacuation of half of Westport.

A coming system, forecast to sweep into the Bay of Plenty tomorrow, could bring 100mm to 120mm of rainfall between 8pm Monday and 3pm Tuesday, with peak rates of 15mm to 25mm an hour.

MetService has issued an orange warning for the region, as well as in the East Coast north of Tolaga Bay, where between 100mm and 140mm could fall over the same period.

For scientists, one of the biggest questions has been what links atmospheric rivers have to different local weather types over the country.

According to a Niwa-led study back in 2000, there happened to be 12 main types of weather in our region – each associated with different configurations of high and low pressure systems.

“Although classifying weather patterns in this way can be really helpful, the problem is that they can also over-simplify things, because weather doesn’t cleanly switch from one type to another – it is continuous in time and space,” Otago University senior lecturer Dr Daniel Kingston said.

Over the last few years, scientists have better defined these weather types to provide a more nuanced picture of how temperature and precipitation varied across the country.

“But we’ve also found that extreme rainfall can be caused by many different weather types,” Kingston said.

“This suggests that weather types may not be the only factor that cause extreme rain events.”

Their latest analysis, led by Ben Pohl from the University of Burgundy in France, explored what variables – including the strength of visiting highs and lows, such as a deep low arriving next week – could help atmospheric rivers form.

“In other words, we’ve tried to find what’s different, in terms of atmospheric conditions, between atmospheric river days and other days,” he said.

But the landscape of New Zealand is complex, with steep mountain ranges altering the effects of weather systems differently from west to east across the country.

“So, we’ve looked at what this interdependence between atmospheric and weather types is – and how it changes from one part of the country to another.”

One main finding was that atmospheric rivers which affected the south were different beasts to those in the north.

“For the north, moisture coming from the subtropical Tasman Sea is the most important,” he said.

“For the south, the main driver of atmospheric rivers is the strength of the westerly winds across the Southern Ocean.”

The study also found these events could occur under three or four weather types in each part of the country – but again, the picture was somewhat messy.

“A key factor is the orientation of the coast and mountain ranges – an atmospheric river is most likely to lead to extreme rain when it hits the coast or mountain range head-on, rather than at a glancing angle.”

While weather types linked to generally wet conditions were most often associated with them, Kingston said that wasn’t always the case.

“Surprisingly, they can also occur during weather types more commonly linked with average or drier than average conditions,” he said.

“This suggests we have more to learn about how weather types and atmospheric rivers interact – and that maybe we need to develop a new weather classification scheme that has clearer links to extreme rain events.”

The effect of climate change was another big question – but there were some general patterns we could draw.

One was westerly winds shifting further southward – something that’s already been caused by ozone depletion over Antarctica – which would in turn shift the location of high and low pressure systems in our atmosphere.

Another was the fact that for each additional degree of global warming the atmosphere can hold 7 per cent more moisture.

“This explains why, under climate change, rainfall extremes should intensify,” Kingston said.

“The same will happen to atmospheric rivers: they’re expected to include more moisture under warmer conditions in the future.

“So, we expect more frequent, more intense atmospheric rivers in the future, and possibly more concentrated in the south – but there is a lot of detail still to resolve in this.” 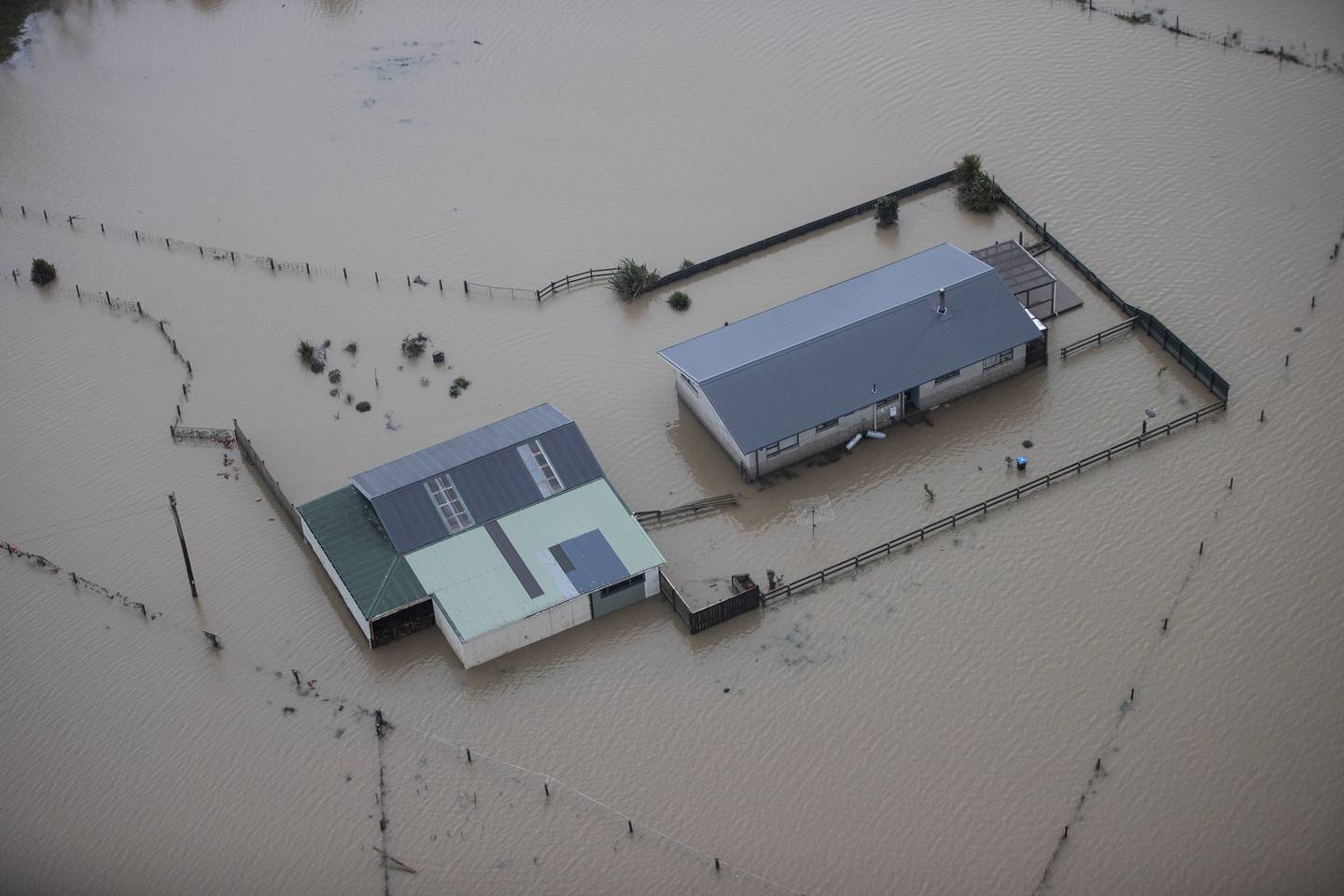 Ultimately, he saw potential to more accurately predict atmospheric rivers – something done generally well a few days out – using a combination of approaches and big-picture timescales.

“Merging these timescales is a really exciting and developing approach in the broader meteorological and climatological community, and would be a great next step to take with respect to atmospheric rivers.”

Meanwhile, Niwa forecaster Ben Noll said there was plenty of potential for big downpours around the country over the next fortnight – including the tropical plume of arriving moisture early this week.

“It’s the North Island, and the top and east of the south that are most likely to see these rounds of rain.”

Noll said we could expect to see more of these systems over the next three months – partly due to a lingering La Nina signal, but also the far-off influence of another climate phenomenon called the Indian Ocean Dipole.

“Overall, we’ll need to stay on guard – especially in northern and eastern areas – as we look ahead to late winter and early spring.”