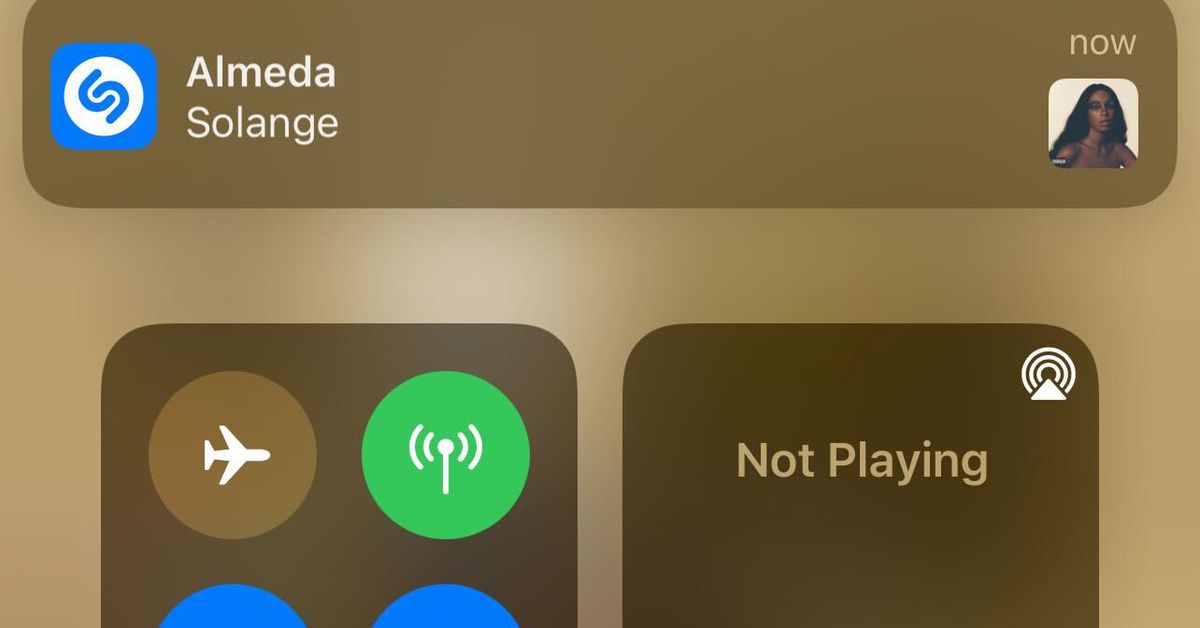 Apple’s Music Recognition feature in the iPhone Control Center is now able to sync with the latest version (15.14) of the Shazam app and across Apple devices using the same Apple ID (via MacRumors). According to MacRumorsmany users thought that the feature required the iOS 16 developer beta, but now it is available for iPhones that have iOS 15 installed.

After announcing it would acquire Shazam in 2017, Apple debuted Music Recognition as a built-in iOS feature in 2020 with iOS 14.2. The feature allowed iPhone users to identify songs around them and in apps without downloading the Shazam app. Now, if you ask Siri or use the Music Recognition control to help find a song, you are able to store it in the Shazam app if you have it downloaded so you can view the archive later.

Another nice addition is that it keeps track of songs identified with the Music Recognition feature across devices sharing the same Apple ID. Until now, you couldn’t maintain that history across devices unless you downloaded the Shazam app and identified songs there. Another way was to opt in to sync your Shazam and Apple Music app and create a playlist of Shazam’d songs that have been identified over time from numerous devices. But, this could be useful if you’re not looking to download another app and want to see your tracks in one place.