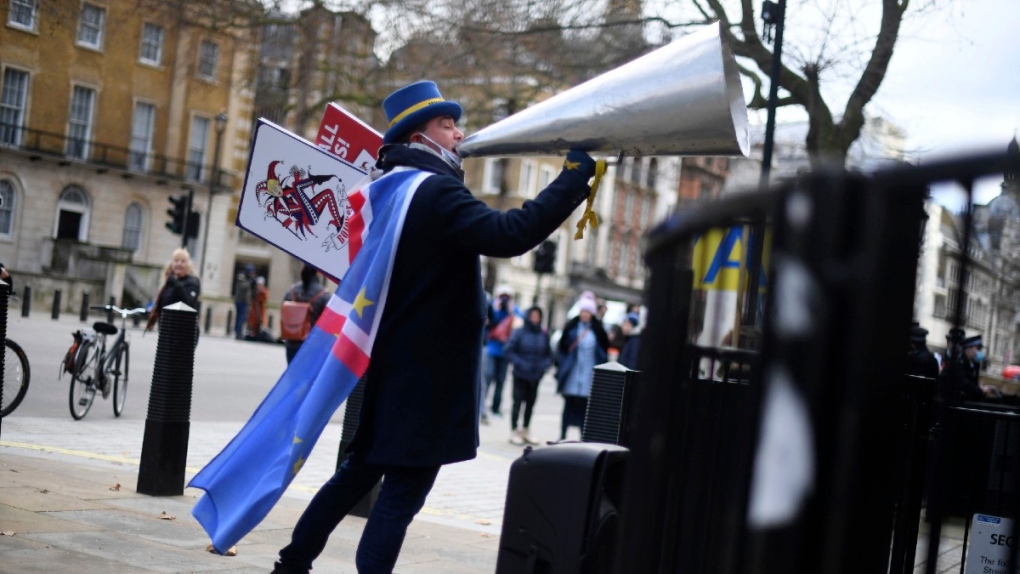 Amid UK Prime Minister Boris Johnson’s resignation following a handful of political scandals, including a mass revolt by top members of his government, there is now a universally recognized satirical tune blasting outside the Parliament building in Westminster, thanks to actor Hugh Grant.

“Morning @snb19692,” Grant, who played prime minister of the UK in the film “Love Actually,” wrote on Thursday morning. “Glad you have your speakers back. Do you by any chance have the Benny Hill music to hand?”

Bray, who is known in London for his musical-based protests amid Brexit, installed speakers outside Westminster and honored Grant’s request at full blast.

The loud music can even be heard in the background of live news broadcasts as delivered the latest developments of Johnson’s resignation.

Johnson stepped down as Conservative Party leader on Thursday, but said he would remain on as prime minister until the party chooses his successor. The timetable for that process will be announced next week. The last leadership contest took six weeks.


With files from Associated Press