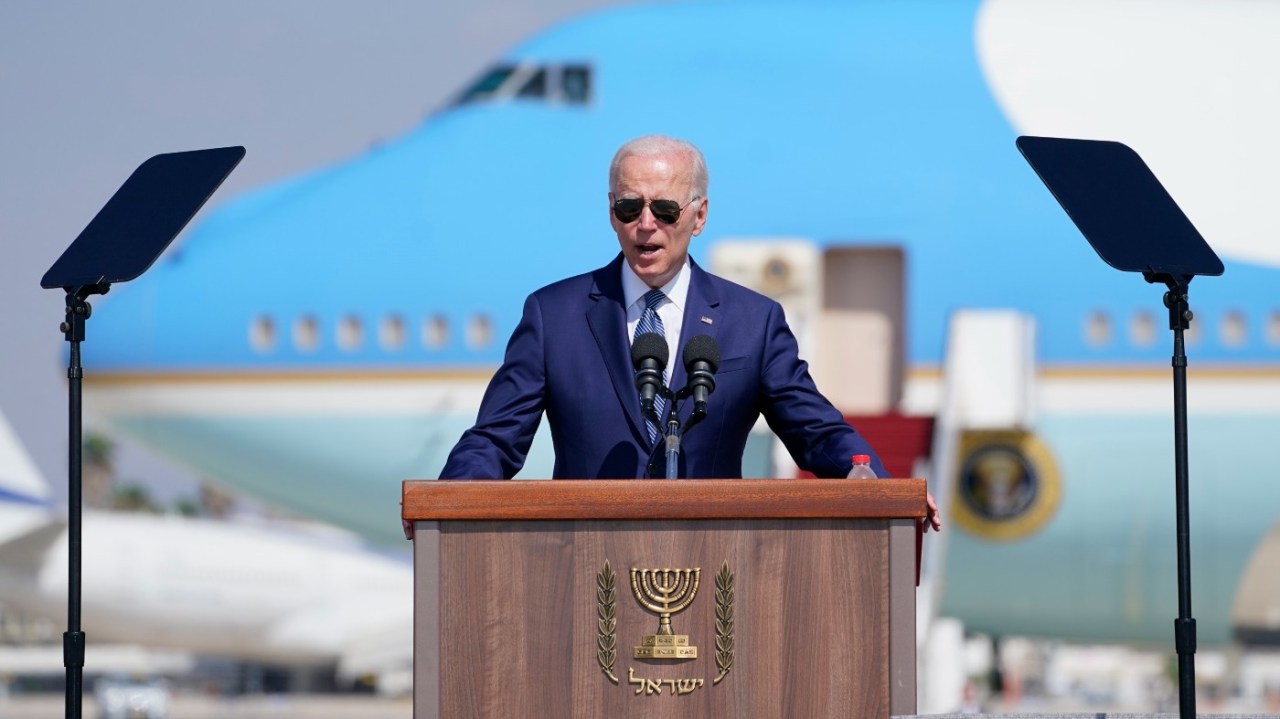 President Biden on Wednesday dismissed members of his own party who have been critical of Israel, telling an Israeli news station that those progressive lawmakers are “wrong.”

Biden sat for an interview with N12 News in Israel and was asked about Democrats who have called Israel an “apartheid state” and called for an end to unconditional aid for Israel.

Biden said he sees “no possibility, I think, of the Democratic Party or even a significant portion of the Republican Party walking away from Israel.”

Omar has been an outspoken critic of Israel since taking office, and her comments last year grouping Israel and the US with Hamas and the Taliban prompted rebukes from House Democratic leadership.

Tlaib, who is Palestinian American and who has family in the West Bank, told MSNBC last year that Israel was maintaining “an apartheid system” over the Palestinians.

Omar and Tlaib in 2018 became the first two Muslim women elected to Congress.

Former President Trump in 2019 pushed for Israel to block Omar and Tlaib from entering the territory after the lawmakers pushed for a boycott of Israel in response to its treatment of Palestinians.

Other progressive lawmakers have repeatedly pushed back on US policy toward Israel, citing over the treatment of Palestinians. The debate came to a head last year during a conflict between Israel and Hamas over Gaza.

Ocasio-Cortez at the time led an effort to block a $735 million arms sale to Israel amid the conflict, and progressives like Sen. Bernie Sanders (I-Vt.) and Sen. Elizabeth Warren (D-Mass.) more broadly pushed for more conditions on the $3.8 billion in military aid the United States sends Israel annually.