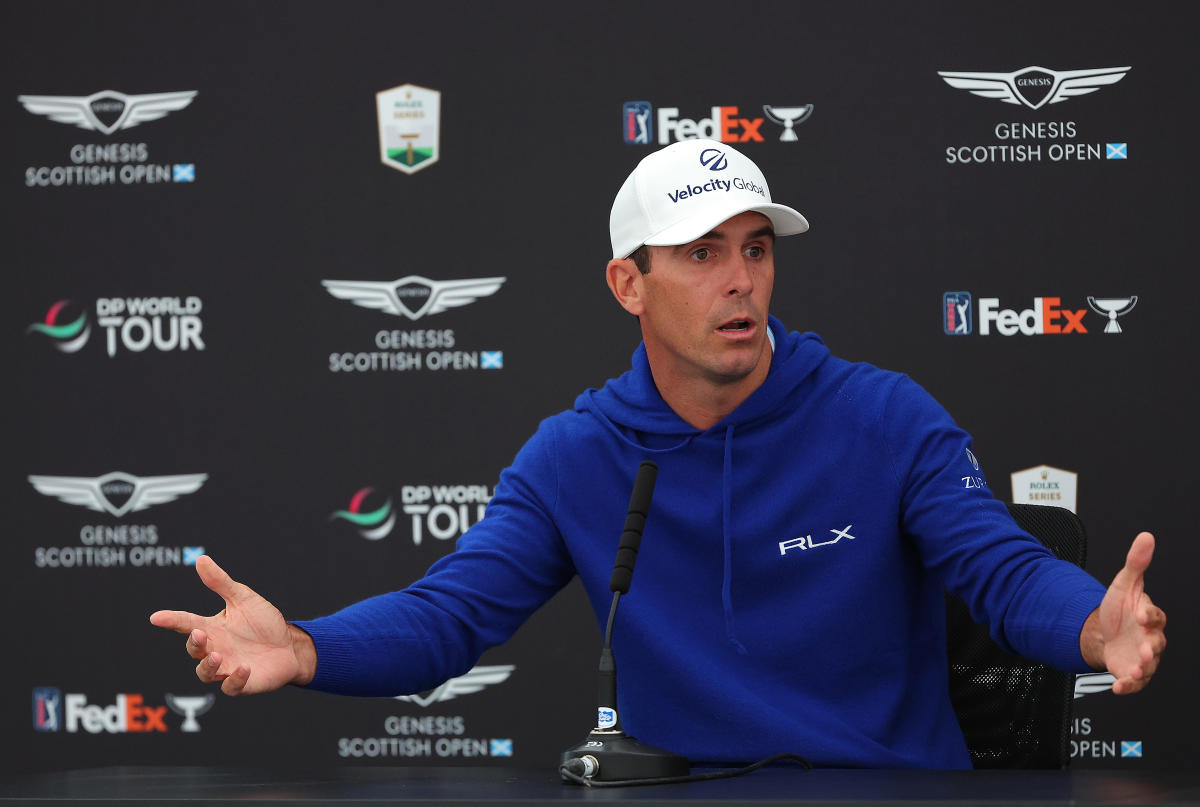 Horschel slammed former PGA Tour members who have since jumped ship for the controversial LIV Golf Invitational Series ahead of the Scottish Open. While he insisted he didn’t have “ill will” toward the ones that have left, he isn’t going to stand for the lies he believes they’re telling about the PGA Tour.

“I’ve been really frustrated because there are a lot of guys that are hypocrites that are not telling the truth and lying about some things that I just can’t stand to sit here anymore and be diplomatic anymore about it as I have been in the past,” Horschel said. “I don’t fault anyone for going to play the LIV Tour. I don’t have any ill will for anyone going to play the LIV Tour. I don’t feel ill will toward the comments they make, comments that [commissioner] Jay Monahan doesn’t listen to PGA Tour [players] or that Jay Monahan doesn’t listen to us. Jay Monahan and everyone at headquarters is the PGA Tour. They work tirelessly for us to reap financial rewards and have all the opportunities we have.

“At the same time, I am one of the 200-plus members of the PGA Tour. I am the PGA Tour. So when you take shots at the PGA Tour, you’re taking … shots at us. And to say that they don’t listen is a complete farce, it really is.”

Several big names in golf have since left the PGA Tour for the Saudi Arabian-backed venture, including Dustin Johnson, Phil Mickelson, Brooks Koepka, Patrick Reed and more. Bryson DeChambeau has left, too, and revealed that he was paid more than $125 million to do so.

The PGA Tour and DP World Tour have since suspended players who have left for the league, though players were allowed to play in the US Open and in next week’s British Open so long as they had already qualified.

Ian Poulter was one of three players who was granted a stay in his suspension by the DP World Tour in a British court on Monday, which will allow him to play in this week’s Scottish Open.

The jumping back and forth, Horschel said, doesn’t sit well with him.

“I believe they made their bed,” Horschel said. “They decided to go play on a tour, and they should go play that tour. They shouldn’t be coming back over here to play the DP World Tour or the PGA Tour. To say that they wanted to also support this tour or the DP or PGA tour going forward, while playing the LIV tour, is completely asinine in my opinion… So it’s unfortunate that those guys made their bed and that’s what they want to do. Leave us alone, honestly.”

Horschel has won seven times on the PGA Tour in his career, including earlier this season at the Memorial Tournament. He has nine top-25 finishes so far this season, and is ranked No. 15 in the Official World Golf Rankings headed into the Scottish Open.

Horschel said one of his biggest issues with the LIV Golfers is when they criticize the PGA Tour’s schedule. Many have complained about having to play too much or be away from their families, and Pat Perez even said he missed the birth of his son due to a Tour schedule issue.

Yet those complaints, Horschel said, are simply wrong.

“We have the opportunity to make our schedule, so to say that we have to play X amount of events and they don’t have time off, no one makes you [play],” Horschel said. “I’m on the road for five weeks. I have not seen my family for three weeks. I haven’t seen them for the last three weeks: US Open, didn’t see them in Germany, I stayed over here in London for a week, I’m not seeing them this week, I’m staying for next week, so five weeks. But that’s what my wife and I decided. When we laid our schedule out, it just worked that way. I made that decision to not see my wife and kids for five weeks. Am I crying about it? No. I understand. I’m living my dream trying to play golf professionally and support my family financially.

“So I’m just tired of these comments. Like go play the LIV Tour and forget about the PGA Tour.”