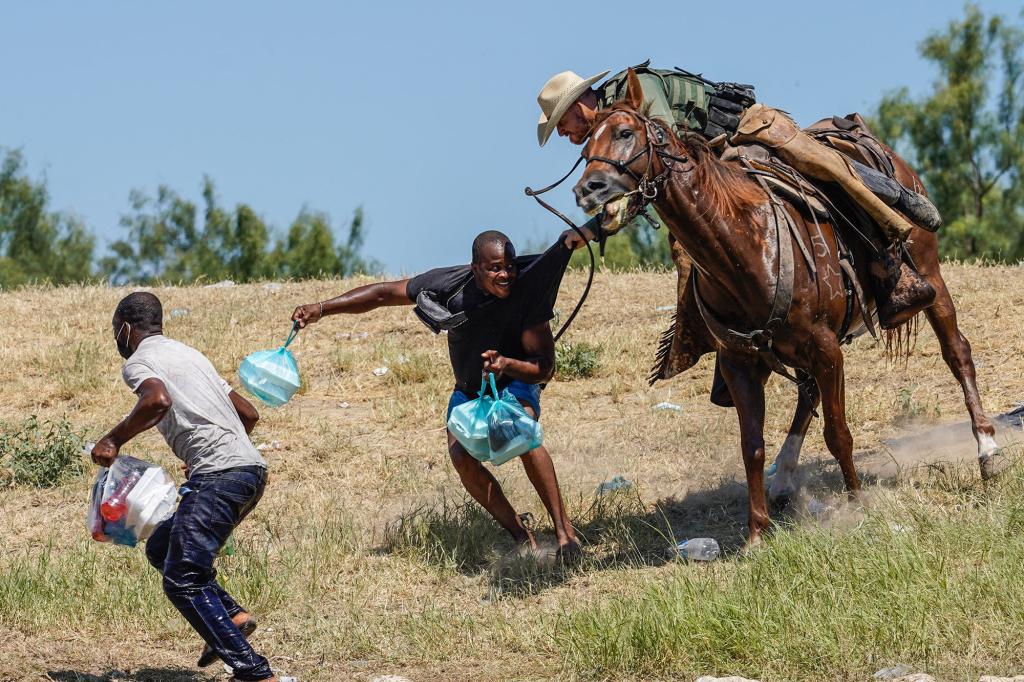 In a 511-page report, US Customs and Border Protection’s Office of the Office of Personal Responsibility said it had found no evidence that [Border Patrol agents] Involved in this incident struck, intentionally or otherwise, any migrant with their reins,” though it did say the agents had used “unnecessary” force.

“It’s clear from the from the investigation that decisions made by some of the agency leadership, and the lack of appropriate policies and training all contributed to the incident,” CBP Commissioner Chris Magnus told reporters. “But there is no justification for the actions of some of our personnel, including unprofessional and deeply offensive conduct.”

The Daily Caller reported earlier Friday that US Customs and Border Protection has proposed charging the agents with “poor judgment” and “unsafe conduct” in connection with the viral incident, though those suggestions have not yet been finalized.

In widely circulated photos, agents were shown using their horses to block the migrants from illegally crossing the Rio Grande into the US from Mexico.

The officers were later wrongly accused of deploying their reins to whip the fleeing migrants.

President Joe Biden addressed the controversy at the time and repeated the bogus “whipping” claims.

“To see people treated like they did, horses barely running over, people being strapped — it’s outrageous,” Biden told reporters. “I promise you, those people will pay.”

Vice President Kamala Harris also harshly condemned the agents’ actions, which she said reminded her of “times of slavery.”

The Department of Homeland Security Office of Inspector General ultimately declined to press criminal charges against the Texas agents, handing the matter over to OPR.

Ahead of Friday’s news conference, Border Patrol union president Brandon Judd accused the Biden administration of carrying out a “political hit job” on the agents.

“Unfortunately, the President made this the spectacle it’s become,” Judd told The Post in a text message. “If he would have just kept his mouth shut and let the process play out like it should have instead of passing judgment before the facts were in, we wouldn’t be discussing this right now.”

Last month, Judd told The Post that Biden’s initial comments set the tone for the investigation.

“You had a president of the United States, without any evidence, without any investigation whatsoever, he said, ‘They will pay,’ ” Judd said at the time.

“The moment he said that, [probers] had to find some sort of fault. They had no choice. Because [the investigators] are Executive Branch employees, they’re not going to buck the president of the United States. It’s not hard to try and drum up some sort of charge.”