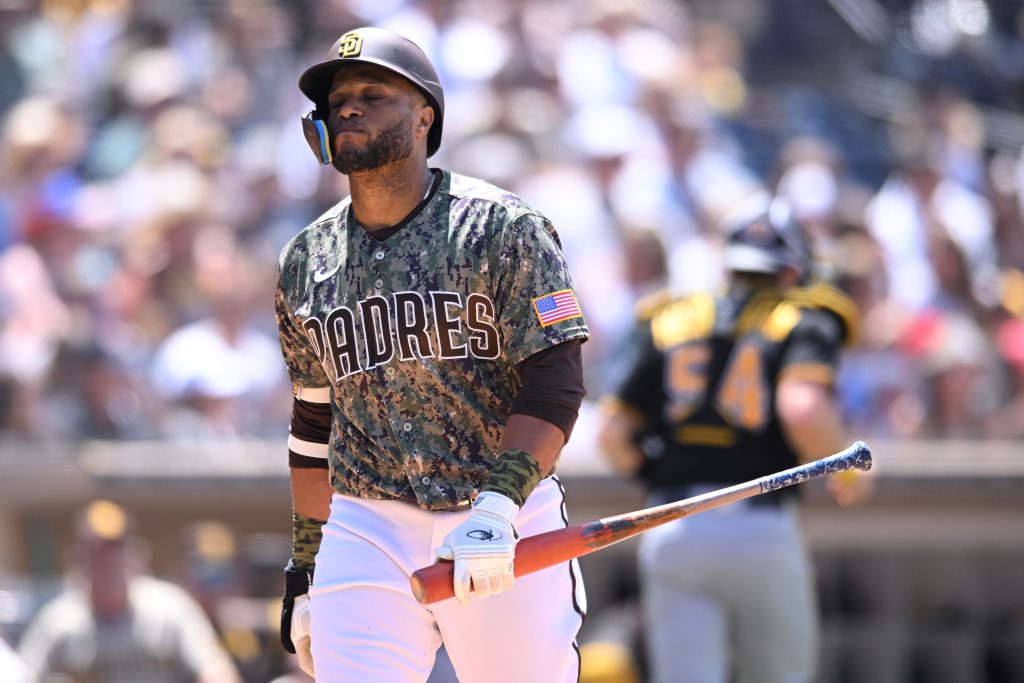 The Braves have acquired infielder Robinson Cano from the Padres for cash considerations, Kevin Acee of the San Diego Union-Tribune reports (Twitter link).

After being released by the Mets in May, Cano signed a big league deal with the Padres soon thereafter, but was then released again after he turned down the team’s request to go to Triple-A. Cano’s veteran status gave him the right to opt into a free agency, but after checking his options on the open market, he re-signed with San Diego on a minor league deal.

Since reporting to Triple-A El Paso, Cano has hit well, posting a .333/.375/.479 slash line over 104 plate appearances. While obviously the minor league setting (and hitter-friendly environment) have to be taken into account, Cano’s performance does give some hint that he still has something left in the tank at age 39, and after missing the entire 2021 season due to a PED suspension. Cano batted only .149/.182/.189 over 77 combined PA with the Padres and Mets at the MLB level this season.

The Braves obviously saw something they liked, and will now bring Cano back to the NL East to see if he can revive his career. Atlanta has developed a knack for striking gold on struggling veterans, and it was only a year ago that the club picked up several such players (ie Eddie Rosario, Jorge Soler, Joc Pederson, Adam Duval) who ended up fueling their run to the World Series title. As poor as Cano looked earlier this season in New York, Mets fans must have some trepidation over Cano suddenly catching fire and helping Atlanta overtake the Mets in the NL East.

Atlanta is thin on left-handed hitting, and there is a vacancy at second base since Ozzie Albies will be out until at least mid-August while recovering from foot surgery. On paper, Cano is an interesting platoon fit alongside the right-handed hitting Orlando Arcia at second base, and another righty swinger in Marcell Ozuna at designated hitter.

It wasn’t long ago that Cano was still among the game’s most feared bats, as he posted an .896 OPS over 182 PA for the Mets during the shortened 2020 season. While his positive PED test inevitably casts some doubt upon those numbers, there isn’t much risk for Atlanta in picking up Cano to see what he can contribute. Of the $24MM owed to Cano for the 2022 season, the Braves will have to cover just the prorated portion of the MLB minimum salary once Cano hits the active roster, as the Mariners ($3.75MM) and Mets are covering the rest.