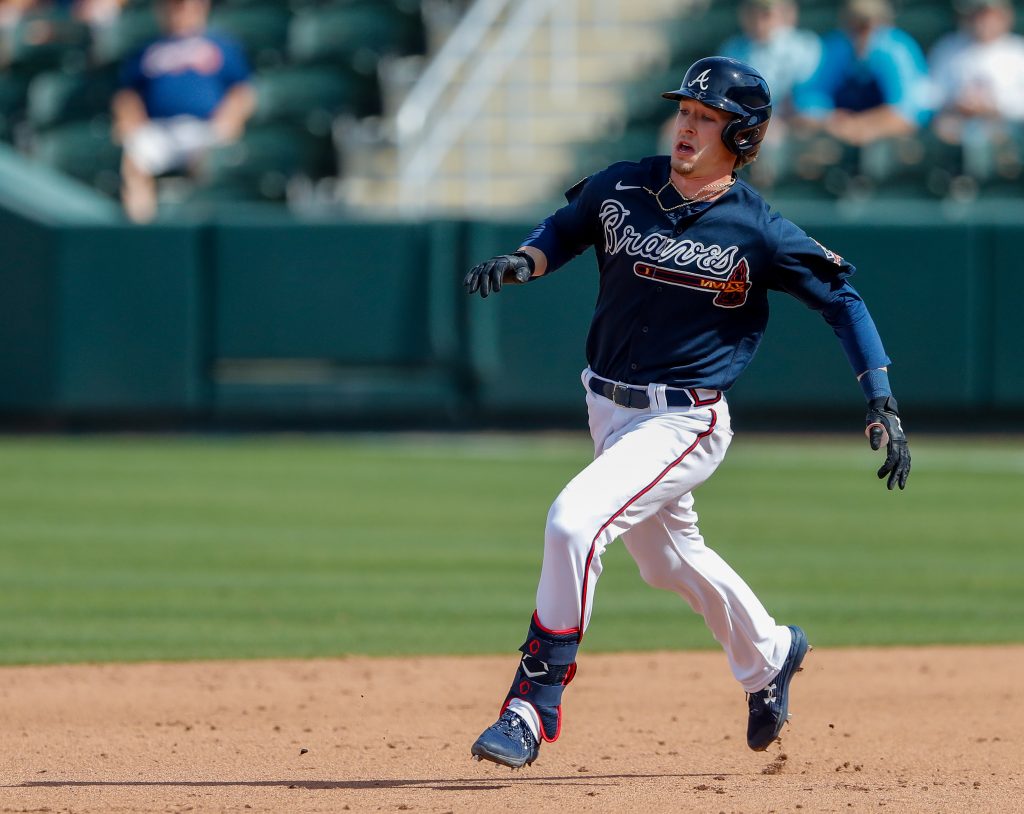 The Royals have made their second deal of the past week, acquiring former top outfield prospect Drew Watersminor league right Andrew Hoffmann and minor league corner infielder CJ Alexander from the Braves in exchange for their Competitive Balance draft pick (No. 35 overall). Both teams have announced the trade.

The 15 selections in the two Competitive Balance rounds — Round A ranges from Nos.33-39, Round B from picks 67-74 — are the only picks eligible to be traded each year’s draft and can only be traded once (meaning the Braves cannot then flip the pick to another team). The No. 35 pick that Atlanta is receiving comes with a slot value of $2,202,100, all of which will be added to the Braves’ league-allotted bonus pool of $8,022,200. That’ll bump the Braves from the 19th-largest draft pool to the 10th-largest (barring any additional trades).

The added pick and financial might will give the Braves some extra means of replenishing the farm after surrendering four prospects to acquire Matt Olson this offseason (to say nothing of the handful of trades made at each of the past few deadlines). Between those deals, low draft selections the past few years (due to strong regular-season performances) and the international free-agent penalties incurred by the former front office regime, the once-vaunted Braves farm system has taken a hit. 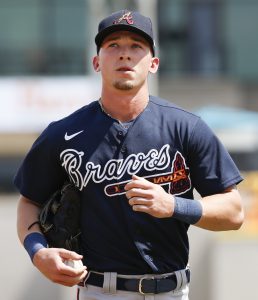 Waters, 23, ranked among the sport’s top-100 prospects from 2019-21 but has seen his stock fall precipitously in recent seasons as he’s struggled against Triple-A pitching. Waters is currently in his third season with Triple-A Gwinnett, but his .246/.305/.393 batting line isn’t an improvement over the pedestrian output he’s recorded there in both 2019 and 2021. Overall, in 788 plate appearances at the Triple-A level, Waters is a .246/.324/.383 hitter. Those struggles are reflected in the fact that the former second-round pick, who was once seen as a key building block for the Braves organization, is now instead part of a three-player package that will net Atlanta a draft pick that’s just six places higher than Waters was selected a half-decade ago.

With Ronald Acuna Jr. and Michael Harris II set to hold down two-thirds of the Atlanta outfield for the future — plus veterans Eddie Rosario, Marcell Ozuna and Guillermo Heredia all signed or controlled beyond the current season, there wasn’t much immediate room for Waters to make an impact on the big league outfield anyhow. Braves fans might be disheartened when thinking about what Waters might’ve fetched in a trade had he been moved a year or two ago, but the team did manage to net some value for the former Futures Game participant.

From the Royals’ vantage point, the long-term outfield picture is far less certain, so there’s good reason to take a chance on getting Waters back on track. Kansas City has been working to put a winning product on the field for the past couple seasons, and while the results haven’t been there yet, Waters provides more immediate potential to help the team than whomever would have been tabbed with that No. 35 overall pick. Waters posted a huge .319/.366/.481 batting line in a pitcher-friendly Double-A setting back in 2019, when he was one of the youngest players in the league. Baseball America and MLB.com both ranked him within the sport’s top 40 overall prospects in consecutive offseasons.

With Andrew Benintendi all but certain to be traded and center fielder Michael A. Taylor a candidate to go as well — he’s signed affordably through 2023 — the Royals will soon have some outfield vacancies. If veteran White Merrifield is finally moved at this year’s deadline, that’d represent another subtraction from the outfield corps.

The organizational hope has been that 25-year-old Kyle Isbel can claim a long-term spot in the outfield mix, but he’s currently just .216/.248/.328. Twenty-six-year-old Edward Olivares has performed well in a much more limited role. Generally speaking, though, the Royals are thin on outfield prospects. College pitching has been a focus of their drafts during their recent rebuild, and while they have standout young options at shortstop/third base (Bobby Witt Jr.), catcher (MJ Melendez) and first base/designated hitter (Vinnie Pasquantino, Nick Pratto), there’s no ballyhooed outfielder knocking down the door to the Majors for the Royals at the moment. Waters, clearly, is something of a project, but he’ll give the Royals an immediate option to join that young core if he can indeed benefit from a change of scenery.

Also heading to the Royals are Hoffmann, a 22-year-old righty selected in the 12th round of last summer’s draft, and Alexander, a 25-year-old who’s shown power, speed and concerning on-base struggles while playing against younger competition in Double-A.

Hoffmann ranked 16th among Braves prospects at FanGraphs and 23rd at MLB.com, where scouting reports on the 6’5″ righty peg him as a high-probability back-of-the-rotation piece — a rather notable step forward for a player just a year removed from being selected so late in the draft. So far in 2022, Hoffmann has posted terrific numbers in Class-A, making 15 starts with a 2.36 ERA, 28.4% strikeout rate, 6.6% walk rate and 46.3% ground-ball rate. Hoffmann’s fastball sits in the 91-93 mph range — below-average by today’s standards — and he relies heavily on above-average command to help mitigate the lack of a power primary offering.

Alexander, meanwhile, isn’t as highly regarded — as one would expect for a player who is in his third trip through Double-A despite the fact that he’ll turn 26 this month. A 20thround pick in 2018, Alexander has- reduced his strikeout rate in 2022, as it’s currently at 21.8% after sitting at 32% in 2019-21. He’s slugged 15 homers and gone 13-for-15 in stolen base attempts through 289 plate appearances this year, but Alexander has also walked at a meager 4.8% rate. Overall, his .258/.294/.465 isn’t particularly exciting, but he gives Kansas City yet another lefty corner infield bat, as he’s capable of playing first base as well.