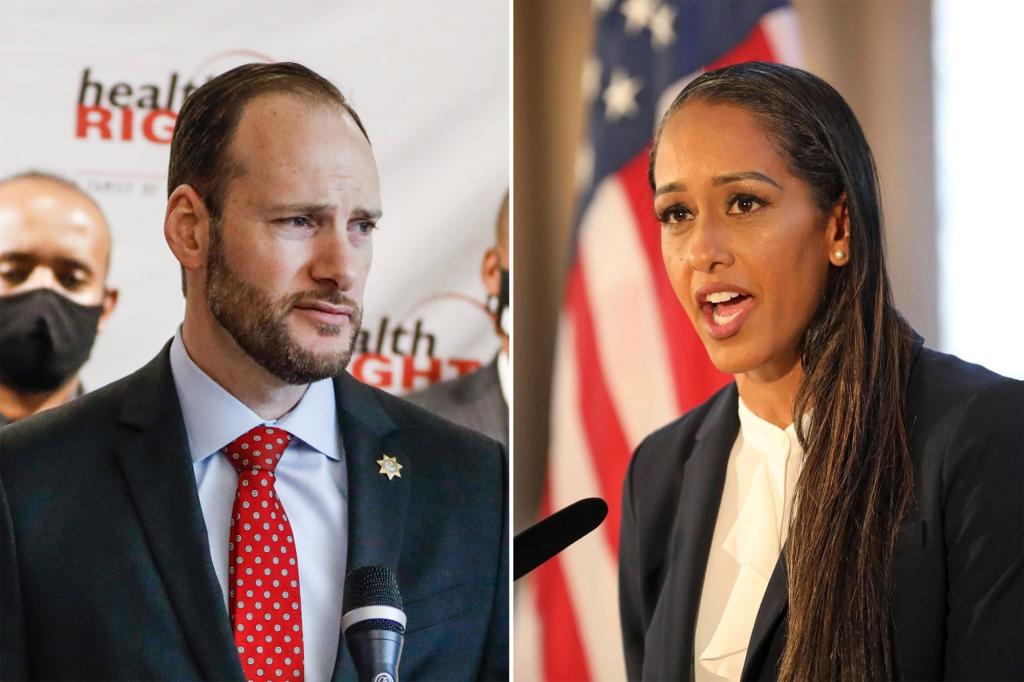 SAN FRANCISCO — The mayor of San Francisco appointed an outspoken critic of ousted District Attorney Chesa Boudin as his replacement, saying that her pick was the right person to pursue criminal justice while holding offenders to account.

Mayor London Breed on Thursday announced that Brooke Jenkins will be the next district attorney after voters in the famously liberal city kicked out the politically progressive Boudin in a special recall election last month. She will be sworn into office Friday.

Jenkins, who quit Boudin’s office in 2021 to volunteer for the recall, is both Black and Latina. She will be San Francisco’s first Latina district attorney. Vice President Kamala Harris was the city’s first Black DA.

“We are a city of second chances. But the truth is we have to draw a line with people who choose hate, violence and a life of crime,” said Jenkins at a press conference announcing her appointment. “I want to make clear: holding offenders accountable does not preclude us from moving forward with vital and important reforms to our criminal justice system.”

Breed said she picked Jenkins for her experience, sense of fairness and compassion toward both victims and offenders. The mayor did not disclose how she voted in the recall, but clashed with Boudin over enforcement.

“She sacrificed her career to fight for people in this city, to fight for victims who needed a voice in the city,” Breed said.

Jenkins, who also considers herself a progressive prosecutor, said during the campaign that Boudin was too rigid. He eliminated cash bail for defendants and declared that minors would not be tried as adults, no matter how serious the crime. Jenkins said she would like those tools available for prosecutors to use at their discretion.

In an interview with The Associated Press before the election, Jenkins said that being a progressive prosecutor meant being “innovative about finding alternatives to incarceration, but trying to ensure our defendants don’t reoffend.”

Boudin, who has not ruled out running again for the district attorney, said his time in office was hobbled by a pandemic that shuttered courts and the intensive treatment and counseling programs relied on to rehabilitate offenders.

She said she plans to run in November to serve the rest of Boudin’s term through 2023.