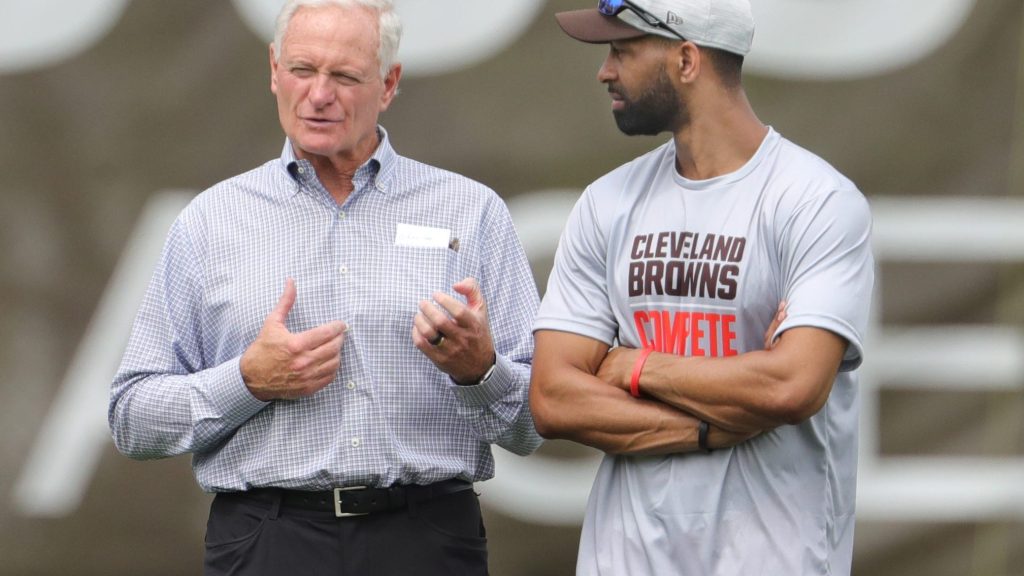 The Cleveland Browns have spent a lot of money this offseason to acquire QB Deshaun Watson and WR Amari Cooper while retaining CB Denzel Ward, TE David Njoku and Jadeveon Clowney, among others. The team currently has four players with contracts with a total value of over $100 million.

The Browns also have 10 players making $10 million or more per season:

Right tackle Jack Conklin would have joined that list but restructured his contract coming back from a knee injury.

With Cleveland finalizing the trade of Baker Mayfield to the Carolina Panthers, Mayfield will also cost the team $10 million this year unless the front office got creative with the structure of that deal.

Creativity with contracts has helped the team push salary cap hits down the road. Despite all of those big contracts and all the money handed out this year, the Browns have almost $50 million in salary-cap space in 2022.

Three different sites provide a little bit of a different amount starting with the NFLPA’s website which only credits the team with just over $41 million. Over the Cap has the team with $48.4 million while Spotrac has them at $48.7 million.

While GM Andrew Berry could decide to spend some of that salary cap this year, the team will be in need of rolling much of it over into next year. Currently, Cleveland is over the cap expected for 2023. Rolling over most of their 2022 cap space will free them up to make some moves in free agency or extend players they wish to keep.

It is unlikely that the Browns will make any big moves with their huge amount of cap space but having it does give them some options.