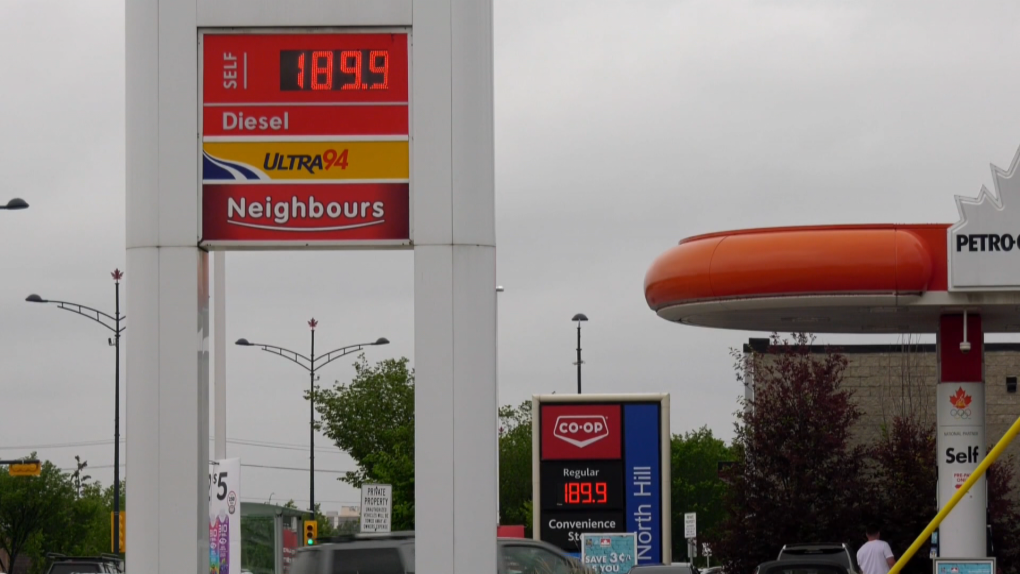 Calgary drivers might be asking why the price of gasoline is more expensive in their energy rich province where oil is refined and extracted than in Ontario, but one retail expert claims to have the answer.

Vijay Muralidharan, managing director of R Cube Economic Consulting, notes that a critical part of fuel availability at the retail level has a lot to do with fuel blending.

He says ethanol, required to blend with gasoline when filling vehicles, is seeing a dire shortage in Canada.

“We import almost everything from the US by rail and the rail shipments have been delayed since March, meaning that the availability of ethanol into interior BC and Alberta has been constrained,” explained Muralidharan.

“BC has access to coastal water so they can import ethanol directly from the US via barges, but unfortunately Alberta does not have the luxury hence we have this issue of available fuel.”

Retail margins for regular unleaded gasoline, which usually sit around eight cents per litre, have now more than doubled to the 20 cents per litre range in the last few days, supposedly to cover the extra costs.

According to Kalibrate, a fuel and retail analytics platform, retailers in Calgary are charging a 30.4 cent per liter marketing margin compared to 8.3 cents per litre in Toronto.

“The retailers in Calgary have to pay out of pocket to transport the ethanol and we don’t know the cost involved in that,” Muraldihran added.

“So, it’s difficult to gauge but that has been the anomaly and usually it doesn’t reach these levels. Our belief is that there’s some sort of operating cost involved that’s created this anomaly, hence you’re seeing this divide in pricing.”

But some other fuel analysts, including Dan McTeague, suggest western retailers from Manitoba to BC are price gouging and profit margins are much more favorable in the west than in Ontario.

Despite a 13 cent per litre gas tax that has been put on hold by the Alberta government since the beginning of April, prices continue to hover around $1.89 per litre.

“It’s a full-on rip-off by gas bars unwilling to be reasonable,” McTeague tweeted. Gas in Alberta shouldn’t be selling for anything more than $1.75 per liter.

“There has been no time in the 28 years. I’ve been doing this where retail margins were this high.”

University of Calgary economist Trevor Tombe confirms that profit margins are higher than they were in recent days or the past week, noting that the 13 cent gas tax suspension has passed through consumers.

“So those margins have been rising, but they’re also very volatile. They go up and down all the time,” said Tombe. “It’s certainly not fair to conclude that in the past week, retailers have been gouging or unfairly pricing or taking some of the gas tax removal.

“It’s too early to know but that is an interesting development in recent weeks for sure. I mean, just a few days ago, oil was at $110 per barrel, now it’s maybe $15 per barrel lower so things can change. true with energy markets, especially so today.”

North American crude oil market analyst, Kevin Birn with S&P Global, says the global oil market is seeing higher prices because it’s basically a “big bath tub where the drain has been running faster than we’ve been putting stuff into it.”

“It’s gotten to a point where, frankly, the price signals telling people to consume less, and that’s what (the market) needed to do,” said Birn.

“We needed to see that pullback and what we’re seeing in the market right now is some indications that we might see some headwinds to oil demand, weaker economic growth forecasts, those sorts of things. That’s why you’re seeing the price of oil come down a little bit right now.”

Birn adds that the other side of the equation is the refined product market, a separate market used to refine crude into gasoline, diesel, jet fuel and other consumer products.

“So the refineries are running as hard as they can produce as much as they can in North America and keep up, but frankly, we’re consuming slightly more still than we’re producing.”