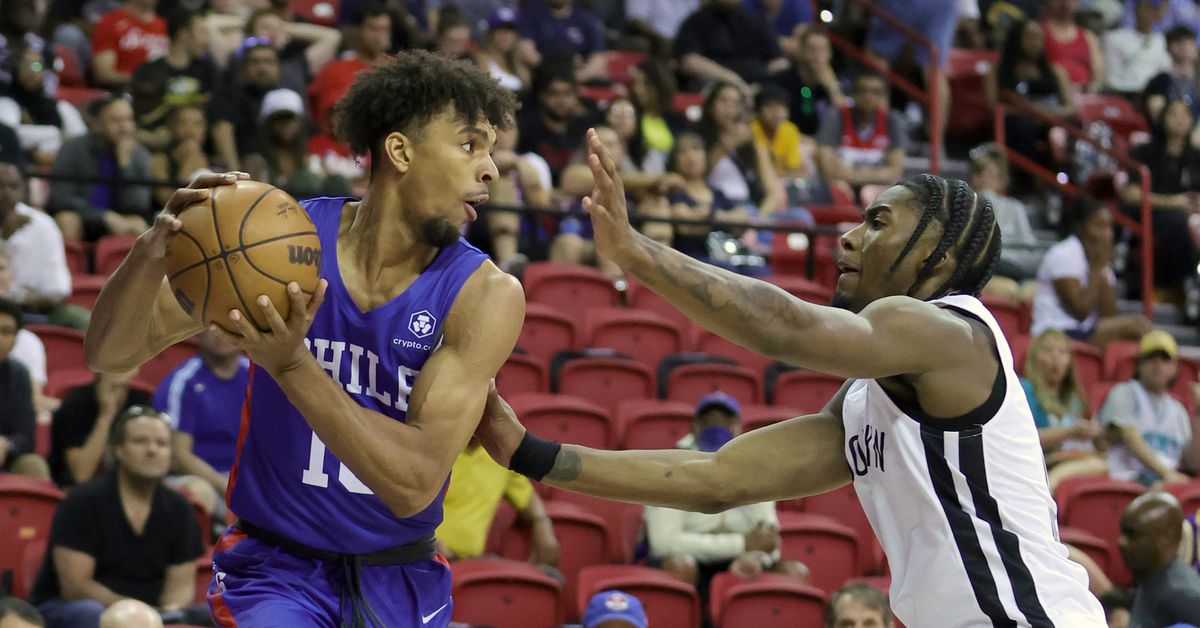 It was a tough day for the Summer Sixers as the red-hot Isaiah Joe suffered an injury and the team suffered a 91-84 loss to the Nets in Vegas.

Joe started the game — and made an early three — but then missed the rest of the contest with right shoulder soreness. Joe and Paul Reed, who is not playing in Vegas, have clearly been the Sixers’ two best players.

Here are a few notes on how some notable players did.

The Philly native and two-way player impressed in the first half, leading the Sixers in scoring with nine points. He buried a corner three, but he also showed off a bit off the dribble. He had a real nice floater as well off a pick-and-roll. He had a couple nice finishes around the rim, something he struggled with during his brief time with the Sixers. He continued to show off his impressive defense and how he uses his length on both ends to hit the glass. He also did a strong job when asked to defend the explosive Cameron Thomas.

It was a solid start for Bassey who hit a midrange jumper and had a nice put-back bucket. Fouls and turnovers seem to be Bassey’s biggest weak spots right now. He just needs more discipline on both ends if he wants to earn backup big minutes this season. Bassey also flashed his ability to stretch the floor a bit with a pick-and-pop three.

More of the same from Springer — great defensive flashes, athletic drives to the rim, but a few sloppy turnovers and hesitancy with his jumper. Speaking of the jumper, he took an attempt early that was one of his better ones. It came up short but it was confident and quick. He made this one later in the half.

Springer’s ability to draw fouls has stood out. He took four more free throws on Sunday. That athleticism and speed combo is a real weapon. If he can get the shooting to a better place and cut back on the turnovers, there’s offensive upside there.

Feel like a broken record talking about Queen’s passing, but it really has stood out — though the assist and turnover numbers haven’t always bared that out. He was a very willing shooter on Sunday, taking nine threes and making three. He did struggle from the field overall (3 of 13). Still, athletic 6-foot-6 wings with playmaking chops aren’t common. Queen still has a long way to go to have a shot at the roster, but you can see the appeal.