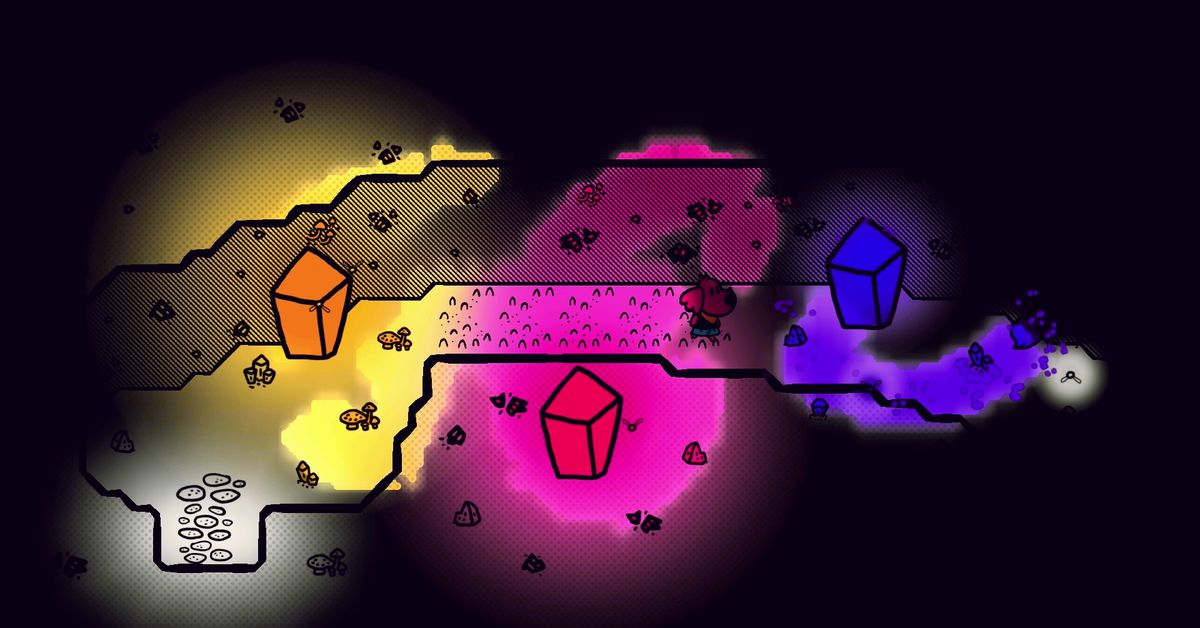 I like finding games (not necessarily co-op) that I can play with my wife. The most real successful game we sort of played together was Samorost 3 — the vibe, the puzzles, the creativity, we both enjoyed immensely. I personally play a wide variety of games, but finding something that my wife and I can kind of talk about and play together as a single-player game can be a bit tough. Things with story, some puzzles, and interesting aesthetics are likely to draw her in!

We’re keen to explore some of Amanita’s other games like Samorost 3, and we have our eye on Stray, since we both love cats. My wife also tends to get motion sickness from watching video games that are too much first person head bobbing and looking around, so that is a bit of a limiter.

Hi, Bret. Finding the right game to play with a companion is really important, because the wrong game can cause chaos and frustration on both players’ parts — especially if one is less experienced than the other. If you’re looking for a collaborative experience, you aren’t going to want to play a competitive classic like Mario Party or an input-heavy, intense game like Overcooked. Finding the right cooperative game is something I’ve absolutely struggled with — especially when playing with friends or family who aren’t as used to games as me.

I know you’re not necessarily looking for a game to play cooperatively, but I think I’ve got a game that will be perfect nonetheless. And it just happens to be co-op.

While my husband and I do occasionally play competitive games like Overwatch together, we both have much more fun when there’s collaboration. He’s not as into games as I am, and I admit to getting a little frustrated if he can’t keep up. But last year, I found one game that was perfect for us: Chicory: A Colorful Tale.

Chicory: A Colorful Tale is a 2D adventure game about a dog with a paintbrush that needs to bring color back to a black-and-white world. When Chicory, a famous painter and paintbrush wielder, stops painting, it’s the player’s job to take over. The most exciting element (at least, for you, dear reader) is that it can be played with two players, with one person navigating the dog, Pizza, through the world, while the second player takes control of the paintbrush. (Pizza is the dog’s canon name, but you choose a name based on your favorite food. If you are me, then your Pizza would be named Watercress. If you were review editor Mike Mahardy, then your dog would be Cacciatore.)

Each of these players has different abilities, all of which are key in solving Chicory‘s puzzles. The player controlling Pizza is in charge of navigating the actual game world — where your controller dictates, Pizza goes. This player is responsible for maneuvering through puzzles and interacting with the environment, and also talking to non-playable characters. The player on the paintbrush, on the other hand, is responsible for coloring the world. The paintbrush moves independently of Pizza, and the second player has a number of different colors and brushes at their disposal. They’ve got the fun of coloring everything in, but it’s still an essential part of the game. Many of Chicory‘s puzzles require paint to adjust the world in key ways: For instance, there are flowers that need color to bloom, and in their bloomed state, they become a bridge for Pizza to pass over. When they’re uncolored, they turn back to small flowers, and Pizza cannot pass.

These sorts of puzzles range widely in terms of difficulty and involvement from both players, and the fun of it is in figuring out what bits move and change, and how — or if — color will change the world in some intriguing way. It’s a multiplayer dynamic that requires players to talk to each other while playing, to ask for help and give ideas. But it’s also really fulfilling when both players eventually understand each other and the game’s language so well that those same calls for help are no longer necessary.

I think it might be something you and your wife really enjoy. It’s a truly beautiful game with lovely design, real heart, and a touching story — personally, it was my favorite game last year!

Also, I’d like to thank you for a recommendation! I hadn’t heard of Samorost 3 — or any of the Samorost games — before reading your letter. The art style is stunning, and I can’t wait to give it a go. Chicory: A Colorful Tale It seems totally different, but I’d love to hear how you and your wife fare with it.

PS: Citizen Sleeper is another game my husband and I are playing through together. It’s single-player, so one of us is doing the controls and the other is just helping make decisions. It’s like a digital tablet role-playing game with a lot of reading and decisions to be made. Your wife definitely won’t get motion sick here!