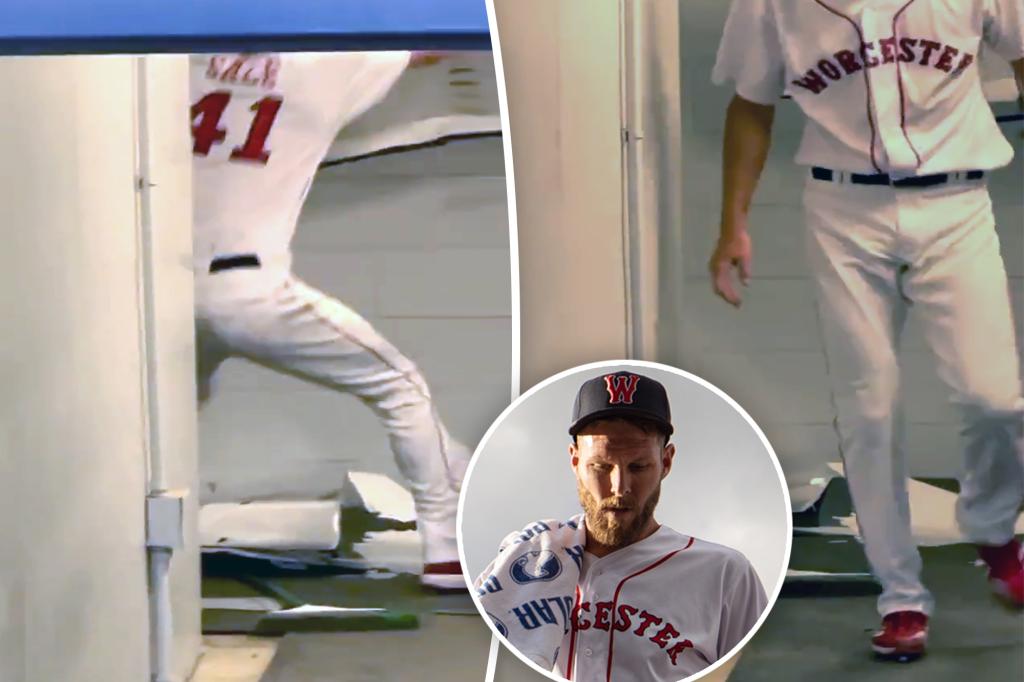 Chris Sale appears to have a new enemy: Polar Park.

Sale — rehabbing with Triple-A Worcester following a rib fracture sustained in spring training — struggled in his start Wednesday night, and proceeded to take out his frustration on the ballpark, trashing the dugout. Sale was seen violently ripping items off the wall, with a large pile of debris at his feet in video captured by Alysha Palumbo of NBC 10 in Boston.

Sale lasted 3 2/3 innings Wednesday and walked five hitters, including one with the bases loaded that forced in a run and curtailed his outing.

“I was just out there fishing today,” Sale told the Boston Globe. “Nothing to hang your hat on, that’s for sure.”

Sale, 33, has pitched just 42 ⅔ innings with the Red Sox since signing a five-year, $145 million contract extension in March 2019. He missed the end of the 2019 season with elbow inflammation and underwent Tommy John surgery at the dawn of the 2020 campaign, before sustaining a right rib stress fracture while throwing batting practice in February.

The left-hander has made four minor league rehab starts and, despite his dugout antics Wednesday night, insists that a return to the big leagues is imminent.

“I’m very ready,” Sale said. “I know today was a little bit of a hiccup but it’s nothing that can’t be ironed out. … I just want to be a part of it. I want to get back to doing my job and pulling my weight.”