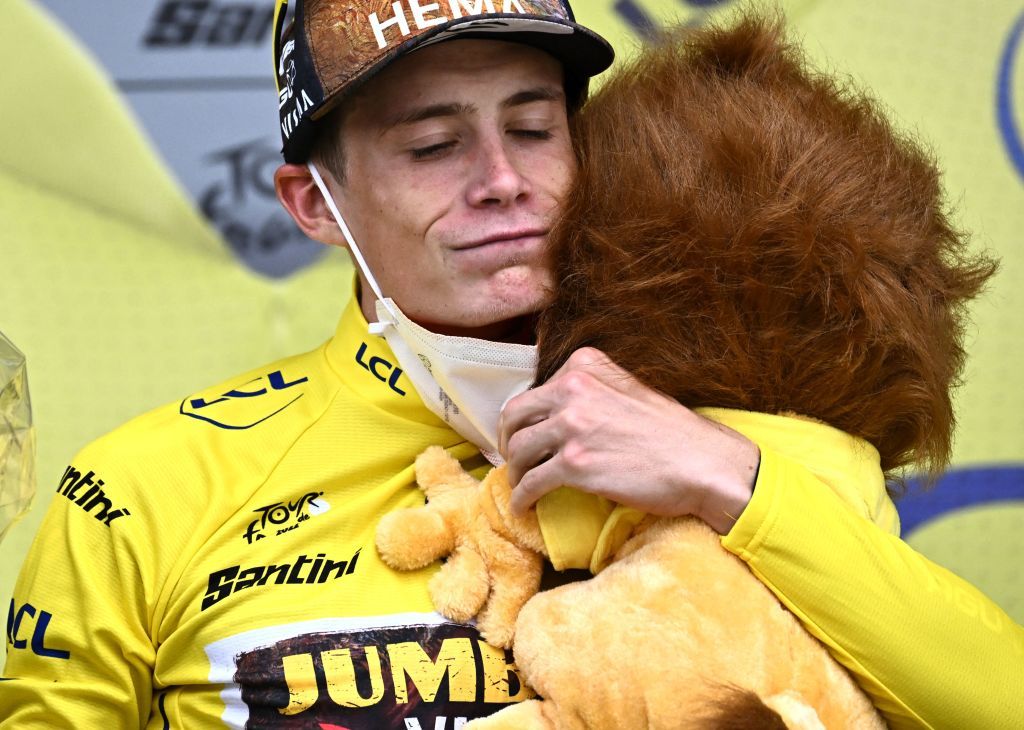 The Tour de France reached its highest point on Wednesday with a breathtaking stage from Albertville to the horse categorie Col du Granon. It’s the same climb where Greg LeMond slayed ‘the badger’ Bernard Hinault to take the maillot jaune in 1986. Did we see another historic moment in Jonas Vingegaard’s victory and unseating of Tadej Pogačar (UAE Team Emirates)?

Considered the hardest climb of the Tour, the 11.3km ascent averages a punishing 9.2% with sustained gradients over 10%. Coming after the massive Col du Télégraphe and Col du Galibier and finishing at 2,413 meters above sea level, its effect on the riders would be massive.

The Jumbo-Visma team came into the stage with a plan, and they executed it to perfection. From Wout van Aert and Christophe Laporte’s presence in the early breakaway to Tiesj Benoot and Primož Roglič’s attacks on the Col du Télégraphe and Col du Galibier that were rapidly marked by race leader Pogačar.

Such was the two-time Tour de France champion’s confidence that he gave a smile and thumbs-up to the cameras after the summit of the Galibier.

Then, a Van Aert-led freight train came roaring back before the start of the Granon – the green jersey having dropped back from the breakaway on the Galibier to help Roglič get back to the group.

However, it wasn’t Jumbo-Visma who lit the touchpaper, it was Nairo Quintana (Arkéa-Samsic) and, more importantly, Romain Bardet (Team DSM) who first attacked. Vingegaard only put in the final blow with 4.5km left to climb once Pogačar’s last teammate, Rafał Majka, was cooked.

Pogačar would finish 2:51 behind the new race leader Vingegaard and drop behind Bardet in the overall standings – but has he been slain?

“They played it really smart,” Pogačar said of the Dutch team, who still have a full roster while UAE Team Emirates have lost two riders with COVID-19. “For us it’s really hard to control who goes in the breakaway because we are not many guys anymore. We tried, but in the end Van Aert and Laporte were in the front and played it tactically today they did a good job. That was it .

“It’s not over yet. I lose today three minutes, maybe tomorrow I gain three minutes. I’ll keep fighting until the end.”