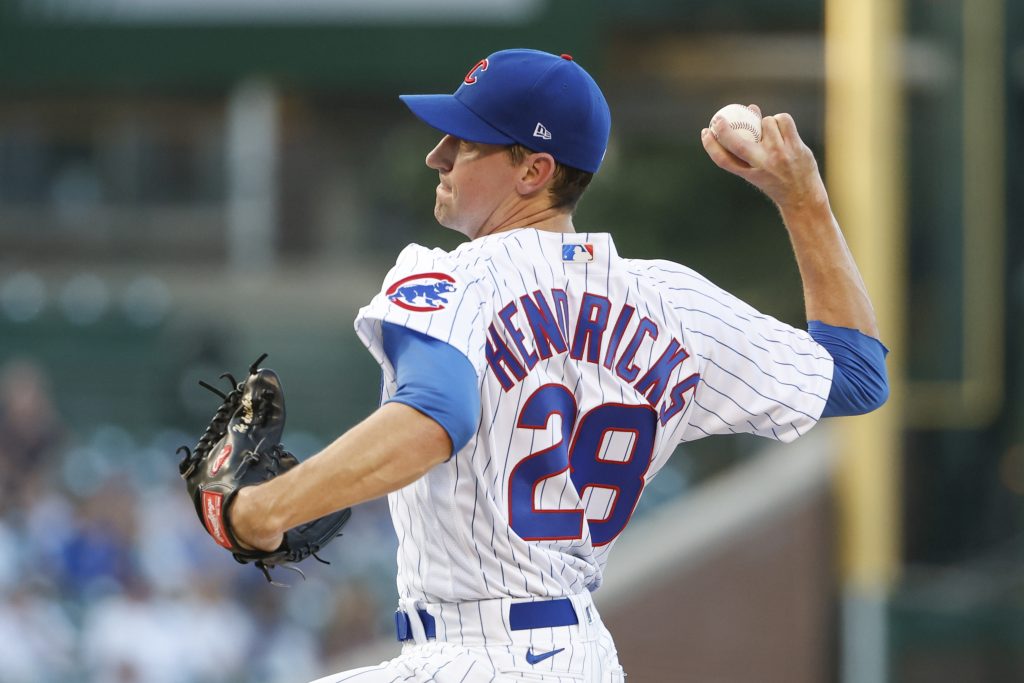 12:00pm: The Cubs announced that righty Anderson Espinoza is being recalled from Double-A to take Hendricks’ place on the roster.

11:30am: The Cubs have placed right-hander Kyle Hendricks On the 15-day injured list due to a shoulder strain, manager David Ross announced to reporters Wednesday (Twitter link via Gordon Wittenmyer of NBC Sports Chicago). Hendricks exited last night’s game after three innings due to soreness in his right shoulder. The team will announce a corresponding roster move later today. No recovery timetable has been provided at this time.

Hendricks, 32, is in the midst of a second straight season of lackluster results, as his 4.80 ERA through 84 1/3 frames thus far is a near-mirror image of the 4.77 he posted through 181 innings a year ago. The soft-tossing righty’s 18.5% strikeout rate is an improvement upon last year’s 16.7% clip (the second-worst of his career), but he’s also seen his walk rate rise from 5.6% in 2021 to 6.7% in 2022. of a Jeykll-and-Hyde season for Hendricks, who has allowed two or fewer runs in nine of his starts this year but has also been torched for six or more runs on four separate occasions.

The timing of the injury isn’t great for the Cubs if they had any thoughts about potential marketing Hendricks prior to the Aug. 2 trade deadline. While he’s no longer the steadily excellent performer he was from 2014-20 (3.12 ERA in 1047 1/3 innings), Hendricks might still have held some appeal as a back-of-the-rotation veteran — particularly if the Cubs were willing to cover some of the remaining money on the contract. Instead, he’ll be sidelined at least two weeks and perhaps more. That still leaves some time between his earliest potential activation date and the Aug. 2 deadline, but the shoulder issue makes a deal even more of a long shot than it might’ve already been, due to the financial component of a deal.

Hendricks joins a full rotation’s worth of talent on the injured list for the Cubs, who are also currently without Marcus Stroman, Wade Miley, Drew Smyly, Alec Mills and Adbert Alzolay due to various injuries. At the moment, the only healthy rotation options are Justin Steele, Keegan Thompson and Adrian Sampson.

Given that huge slate of injuries, it’s possible that Espinoza, once one of the game’s top-ranked pitching prospects, could get some opportunities in the rotation. Injuries and the canceled minor league season in 2020 kept Espinoza off the mound entirely from 2017-20, however, and he’s had a brutal showing thus far in a dozen Double-A starts. Through 44 1/3 innings with the Cubs’ Tennessee affiliate, the 24-year-old Espinoza has a 7.11 ERA with 10 home runs allowed. He’s fanned 27.8% of his Double-A opponents but also issued walks at a 12.9% clip and plunked another five batters (representing an additional 2.6% of his total hitters faced).