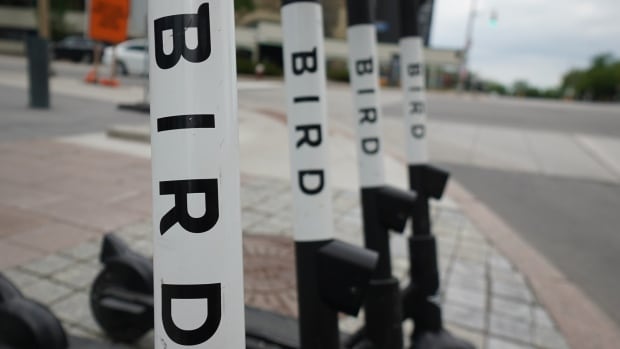 Shareable e-scooters are returning to downtown Ottawa streets after a delayed start to the 2022 season, and the city is hoping they’ll be safer for both users and pedestrians.

Under the pilot project, which city council extended for a third year in March, the battery-powered, GPS-enabled scooters popped up in late May last year and in mid-July in 2020.

In a news release, the city said two companies have been selected to return this season: Bird Canada and Neuron Mobility. A third company that has operated in Ottawa, Lime Electric Scooters, will not return this year.

Neuron scooters will hit the streets on Wednesday, followed by Bird next week.

According to the city, this year’s launch will take place in a few select neighborhoods, then expand to other areas if new features designed to enhance safety are shown to be working properly.

The e-scooters will now emit a continuous sound that will alert others when one is near. New embedded technology will also deter riders from using the sidewalk, and encourage proper parking, the city said.

Riders who fail to park their scooters safely will face extra fees, and those who disregard other rules could be slapped with additional fines and even barred from using the apps, according to the city.

The scooters will be available for use from 6 am to 11 pm throughout the season.