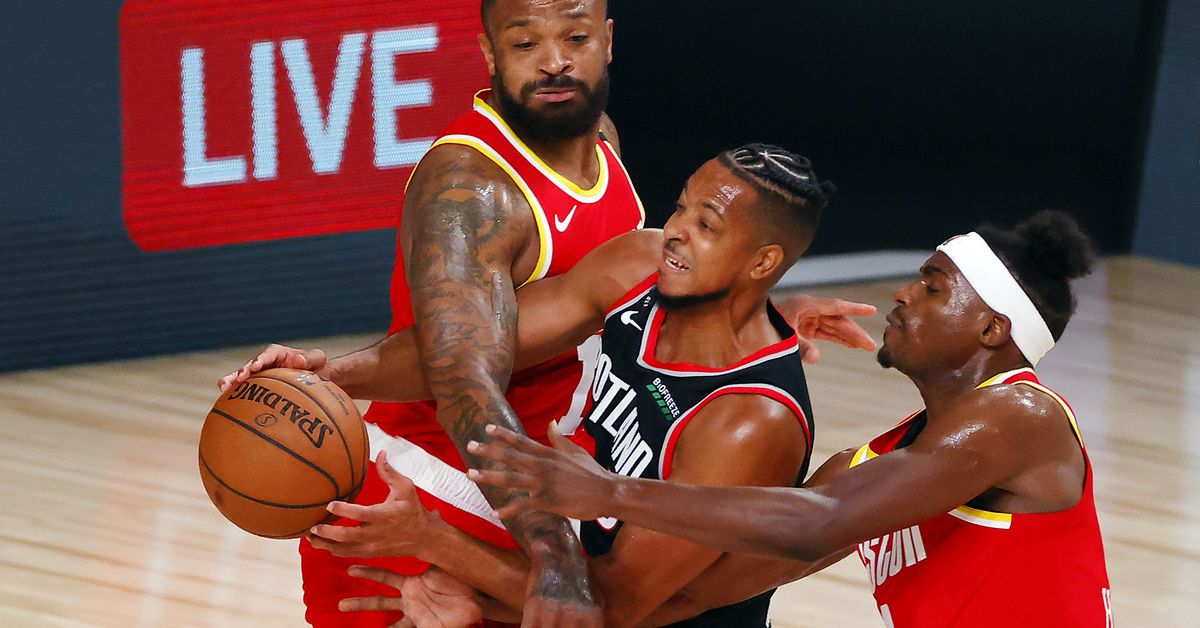 When the NBA Summer League begins it’s usually a slow time of year in the NBA. But the Kevin Durant trade request bombshell has changed the whole vibe a bit. Things almost seem to be on pause. But still, the Sixers had some good news Wednesday. Their two new signings in PJ Tucker and Danuel House Jr. became official!

The Sixers were able to pursue both because James Harden opted out of his $47.4M player option and will restructure a new deal. We’re still waiting to see how that will look but his decision paved the way for some vital reinforcements.

House, who played the last season for the Utah Jazz, and clearly impressed the Sixers staff with his defense on Luka Dončić during the first round of the playoffs, was signed using the team’s Bi-Annual exception. He received a two-year $8.5M deal.

And apparently he’s already settled on a rather notorious jersey number:

House rocked with no. 25 last season, so you can imagine he just likes the digits. But in these parts, that’s not something that went unnoticed.

House gave the reveal on his Instagram, and fans everywhere had a reaction since 25 was of course, Ben Simmons’ old number. If you’re cooking up some this 25 shoots threes zingers, you’re probably not the first so make it count.

The best news here is that those discarded or donated Simmons jerseys can now be repurposed with a bit of crafty stitching or tape. Although once fans see House hit a big three in crunch time on the road and fire off either his patented Spider-Man web slinging celebration or his bow and arrow to hush a hostile crowd, they may just splurge for the real thing.

Danuel House said his patented bow-and-arrow celebration is a tribute to his kids. They love “Lord of the Rings.” Also, he does a Spider-Man web-shooting hand position in drawing back the arrow, because the kids also like Spider-Man.

PJ Tucker, formerly of the Heat, signed for the Non Taxpayer’s MLE, earning a three-year $33.2M deal. He also met with GM Elton Brand and signed his deal.

We got word from B/R’s Jake Fischer that Tucker may have a player option for the final, third-year of his deal. We didn’t expect he’d have gone for a team option since he had a reasonable offer from the Heat so it wasn’t a shock to see:

One additional free agent note: Have been told the third year of PJ Tucker’s three-year, $33 million deal with Philadelphia is a player option.

Our Bryan Toporek has already started re-crunching the numbers, wondering what possibilities that might open up, if somehow Tucker were to earn himself a better deal than the one year $11.5M he’ll have waiting for him during the summer of 2024.

Tucker is 37 now so he’ll really be getting up there in NBA years by the time he’s deciding what to do. But this could incentivize him during the 2023-2024 season to get one final decent pay day, maybe not the worst thing for the Sixers, who could be looking at some legit cap space in a couple summers.

This means Tobias Harris and PJ Tucker both *could* come off the Sixers’ books in the summer of 2024 (right when Maxey’s extension would kick in). https://t.co/SU6bRs1pAN

But it was Heat forward and former Sixer Jimmy Butler who stole the show. As Tucker bid farewell to the Miami Heat and their culture, Butler chimed in on social media with a poke.

Butler and the Heat are going to miss Tucker, so this is what you’d call some playful banter. And that he gets to now send a good old fashioned bleep you to both Tucker and another former teammate in Joel Embiid was a shot he simply couldn’t pass up.

You can only imagine what a kick Joel, who loves Butler, got out of this. Tucker provided a big boost for one of the best defenses in the league last season, so Miami’s loss is the Sixers gain.