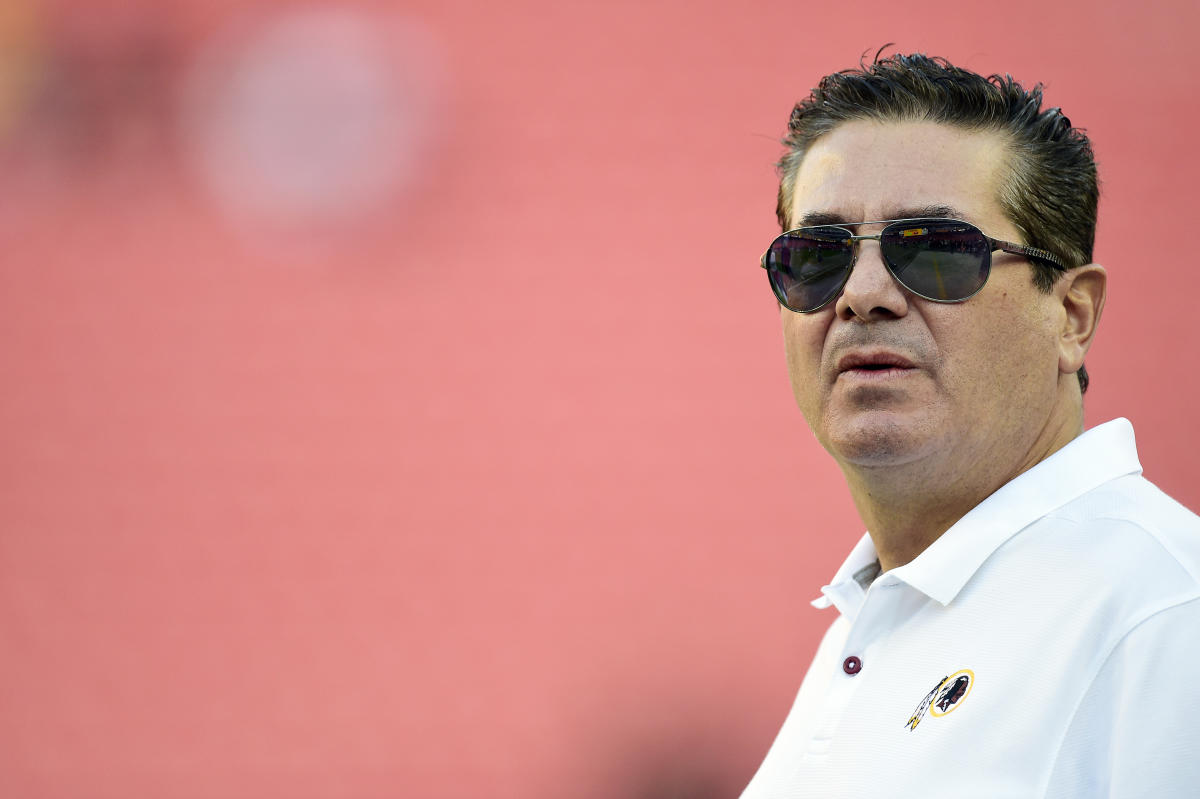 Throughout the Washington Commanders’ workplace harassment scandal, team owner Dan Snyder has played the part of the out-of-office billionaire, shocked to discover the team he has owned since 1999 allegedly had such horrible issues, when he wasn’t questioning the veracity of said issues.

Specifically, he claimed to be “unaware” of the claims until they were reported by The Washington Post and lamented being “too hands-off as an owner” in a statement released soon after the scandal broke.

A group of former Washington employees have testedified to Congress this simply wasn’t the case, according to The Washington Post.

The Post reports, Dave Pauken, who worked as Washington’s chief operating officer form 2001 to 2006, portrayed Snyder as the heart of “an abusive relationship” and flatly denied Snyder was ever “hands off.”

“The culture was how Dan wanted the culture at the time,” said Pauken, who testedified under oath after being subpoenaed by the panel. “ … I think that in the end, it all stems from the owner, Dan Snyder.”

Asked about Snyder’s assertion that he had simply been too “hands off,” Pauken described him rather as an owner steeped in every detail of the organization.

“My reaction was that is not a true statement,” Pauken said. Asked to elaborate, he said: “I have no experience with him, nor do any of my colleagues, where he was hands off.”

Puken reportedly said he regretted many things he did for Snyder while working for him, including not pushing back on Snyder’s insistence that female employees be fired for in-office relationships while not sanctioning the men and pouring milk under the carpet of Washington Nationals owner Mark Lerner’s suite so it would go rancid.

He didn’t paint a pleasant picture when it came to Snyder’s character:

On more than one occasion, Pauken said, Snyder summoned him before kickoff to the owner’s box overlooking FedEx Field, where the owner and a friend would watch the cheerleaders’ pregame practice.

Other witnesses included Jason Friedman, a marketing executive who worked for the team for 24 years, who described a culture of fear in the workplace, and Brian Lafemina, a former chief operating officer and president of business operations, who said Snyder personally shot down a female employee’s complaint of misconduct by play-by-play announcer Larry Michael because Michael was “a sweetheart.”

Michael would later step down in 2020 before claims of misconduct were made public by the Post.

Another frequent note Snyder has liked to hit amid the scandal is the idea that the team used to have issues, but has been in the process of fixing them.

One former cheerleader said part of the process of fixing them has been to send out private investigators to ex-employees’ homes:

Abigail Dymond Welch, an eight-year veteran and former captain of the team’s cheerleading squad, told the committee of events that took place in the months after the workplace surfaced publicly and the team had undertaken its front-office overhaul. Welch said a private investigator who said he “worked on behalf of the Washington Redskins” appeared at her Texas home in April and May 2021 to ask about “interactions” with Bruce Allen and the sexual misconduct investigation into the team.

Welch told the committee that she knew of “maybe five” other former cheerleaders who had also been visited at home by private investigators seeking similar information.

The Commanders pushed back on the Post’s reporting in a statement while lauding the progress it says it has made since the workplace misconduct claims were reported:

Offered the opportunity to respond to the specific claims laid out in the committee’s materials, a spokesperson for Snyder issued the following statement: “Despite Mr. Snyder’s continued apologies and regret for the historical problems that arose at the team, The Washington Post goes out of its way to assail his character and ignore the successful efforts by both Dan and Tanya Snyder, together with Jason Wright and Coach Ron Rivera, for over the past two years to bring about a remarkable transformation to the organization. The Snyders will continue to focus on their league-leading fight to bring greater respect and much-needed diversity changes and equality to the workplace in the face of constant and baseless from the media and elsewhere.”

Where the Commanders’ currently stand

As hands-off as Snyder supposedly was, one of the changes made after attorney Beth Wilkinson completed her investigation was him giving up day-to-day operations of the team while having his wife instituted as co-CEO. The NFL also fined the team $10 million.

That wasn’t the end of the investigations into the Commanders, though, as the NFL has since opened a second investigation led by Mary Jo White into the claims against Snyder.

There is also the matter of Congress, whose subpoenas Snyder is currently ducking. That investigation is still ongoing, and could include claims of financial impropriety at the expense of the NFL’s other teams.