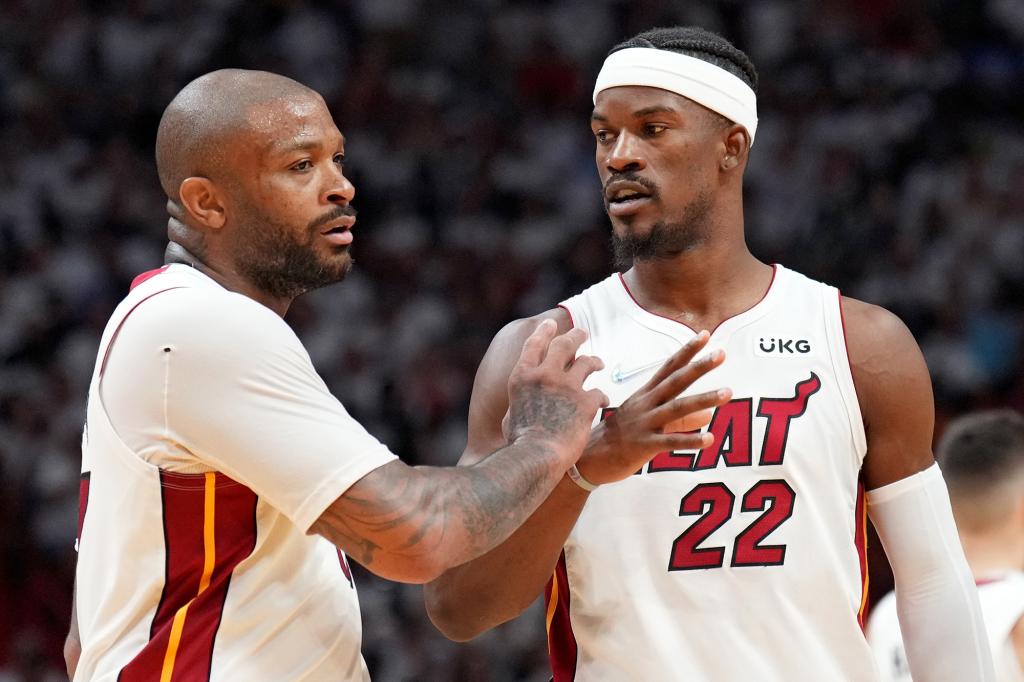 It appears Jimmy Butler isn’t too happy with PJ Tucker, who opted out of his $7.4 million player option with the Miami Heat to play for the Philadelphia 76ers.

Tucker signed a three-year, $33 million deal with Philadelphia this summer. On Wednesday, he thanked Miami and their fans for the season in an Instagram post, where Butler commented his crude feelings.

“f–k you and @joelembiid yeah I brought him into this (shrug shoulders emoji),” Butler wrote.

Butler has been vocal against the 76ers ever since they traded him to the Heat following the 2018-19 season. According to Barry Jackson of the Miami Herald, Butler was “very much hoping” Tucker would stay with the Heat.

Tucker is now playing for the team he helped eliminate from the 2022 NBA playoffs. After that elimination, Butler very vocally came off the court saying “Tobias Harris over me?” referencing Philadelphia’s decision to build around a core of Harris, Joel Embiid, and Ben Simmons instead of him. Now that core is Harris, Embiid, and Tucker.

Things could now get even more interesting in future meetings between the 76ers and the Heat.