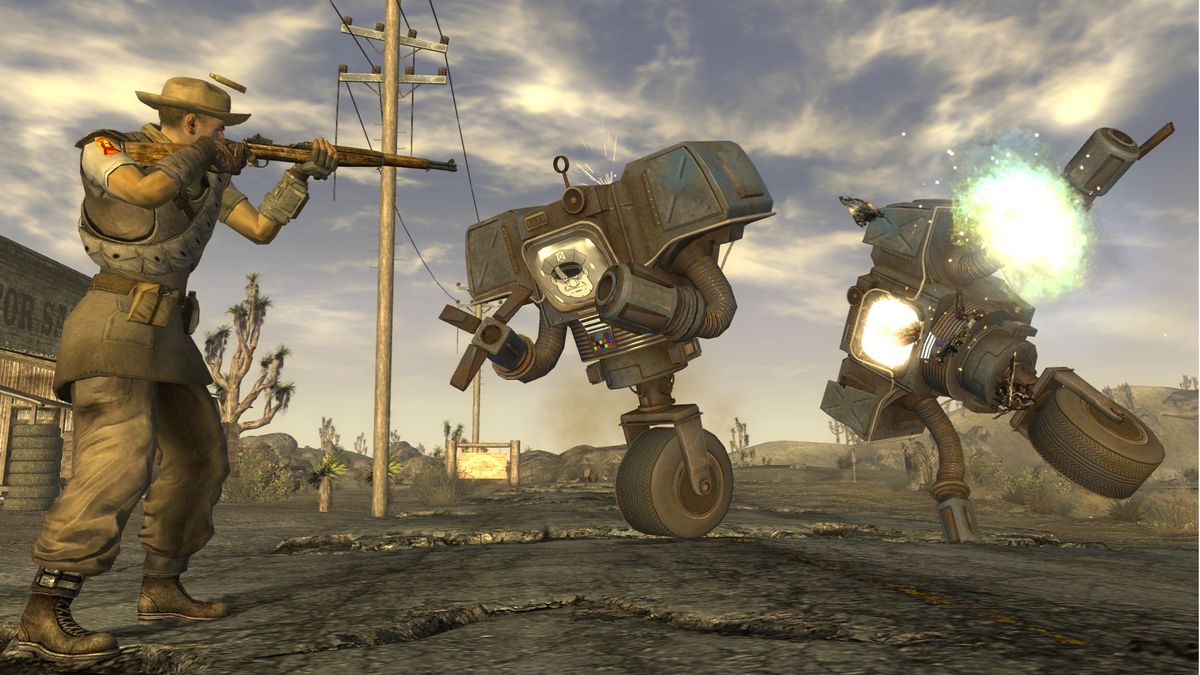 Fallout: New Vegas is the latest game to receive a fan-made Unreal Engine 5 remake, and it looks practically unrecognizable from the original.

This remake comes courtesy of the YouTube channel TeaserPlay (opens in new tab) which has given Mojave Wasteland a visual overhaul. Strikingly different from the original release – as to be expected from a game released back in 2010 – this version of Fallout: New Vegas gives us an idea of ​​what an official remake could look like.

Not only do the locations featured in the concept trailer look photorealistic, but the post-apocalyptic creatures players encounter in the full game have also been given a new lease of life. Bad news for all the arachnophobes out there though as this trailer includes a giant and menacing-looking spider, something that isn’t even a part of the original game but fits right in regardless.

TeaserPlay has managed to capture the atmosphere of the Obsidian RPG perfectly with the use of lighting and an appropriate soundtrack. The only thing left to wonder is: Fallout: New Vegas Unreal Engine 5 remake when? Unfortunately, as far as we know, Microsoft – who acquired Obsidian back in 2018 – hasn’t announced any plans for a Fallout: New Vegas remaster or remake at the moment. This fan-made game also isn’t due to be released at all either.

That doesn’t mean we don’t have anything to look forward to though as Fallout 5 is officially on the way, and “Very early” Fallout New Vegas 2 talks are reportedly happening at Microsoft. Speaking of Fallout 5, another fan recently made an unofficial Fallout 5 Unreal Engine 5 trailer which gives us a pretty good idea of ​​what the upcoming RPG may look like. If you’re more loyal to New Vegas, though, the game’s director Josh Sawyer is currently working on their next title, a narrative adventure game called Pentiment which is out in November 2022 and is apparently nothing like Obsidian’s other titles.

Inspired to jump back into Fallout again? Take a look at our list of best Fallout games to help you to decide what to play next.