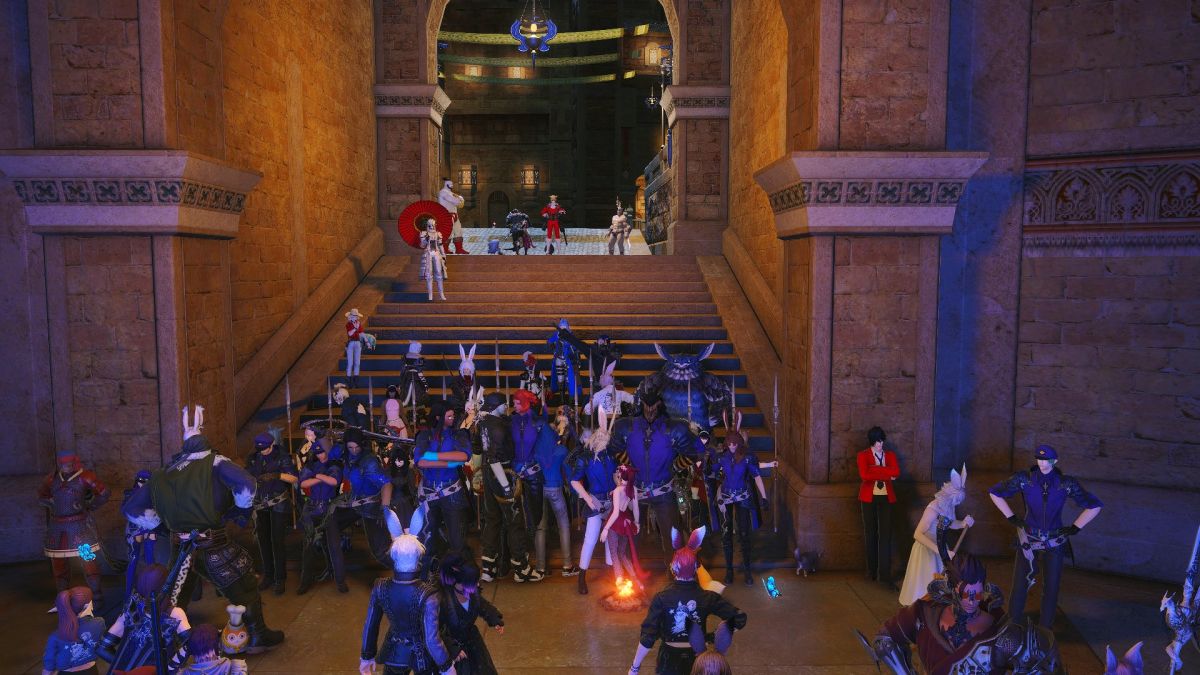 Final Fantasy 14 players are walling off an in-game world after the Data Center Travel feature enabled others to visit a popular roleplaying world.

Okay, that’s a lot to process at once. Earlier this week, Final Fantasy 14 patch 6.18 finally debuted the long-awaited Data Center Travel feature, allowing players to visit other worlds to greet others and see what players on those servers were getting up to.

One world has proved decidedly more popular than others for visiting. That would be the Balmung world which, as you can see below, ‘native’ players – those already on the server – are actually walling incoming ‘tourists’ off from exploring once they arrive.

I see the Great Wall of Balmung is still out there pic.twitter.com/6wV4kVaMQdJuly 5, 2022

If anybody is going to visit Crystal for legitimate RP, I suggest trying Mateus instead of Balmung. We’re going to be swarmed with ERP tourists again due to our reputation.July 4, 2022

It doesn’t seem like Balmung players are that keen on sharing their joys, though. If the Great Wall of Balmung got off the ground in just a few days after the launch of patch 6.18, you can probably expect similar efforts to continue throughout the world as players strive to keep their roleplaying clubs tourist-free.