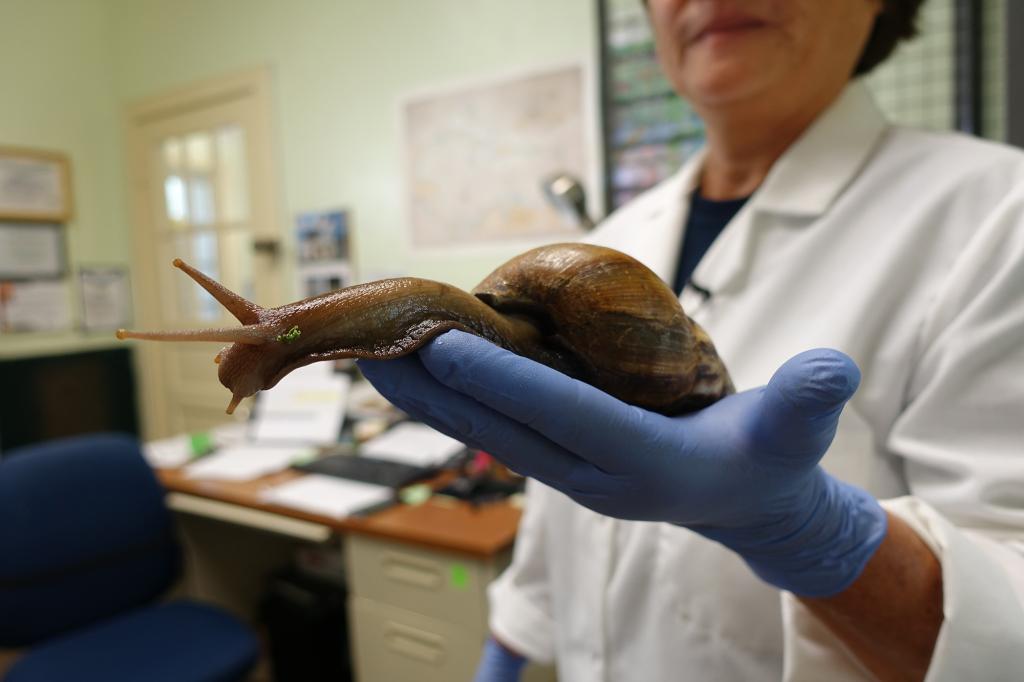 The people of Pasco County Florida have been subjected to the dreaded ‘Q’ word again — quarantine — following the discovery of a giant snail that can harm humans, wildlife and even houses.

Florida Department of Agriculture and Consumer Services confirmed the detection of giant African land snail in the New Port Richey area of ​​Pasco County on July 3.

The giant African land snail can grow to be around the sized of a human fist and has been eradicated twice in Florida in the last 50 years.

The snails pose a serious threat to humans by carrying the parasite rat lungworm, which can cause meningitis. They also feed off 500 different types of plants and the stucco on homes.

Christina Chitty, a public information director at FDACS, told CNN that the African snail in Pasco County likely originated from the illegal pet trade. Although giant African land snails are illegal to own as pets in the United States, some exotic pet owners still keep illegally. The snails can lay 2,500 eggs per year, making it hard to eradicate them.

FDACS’s Division of Plant Industry has begun to survey the area and will begin treatment, which consists of spraying a snail bait called metaldehyde-based molluscicide. Quarantine began on June 25, according to CNN, and it “prevents residents from moving the snail or related items, like plants and soil, in or out of the designated quarantine area.”