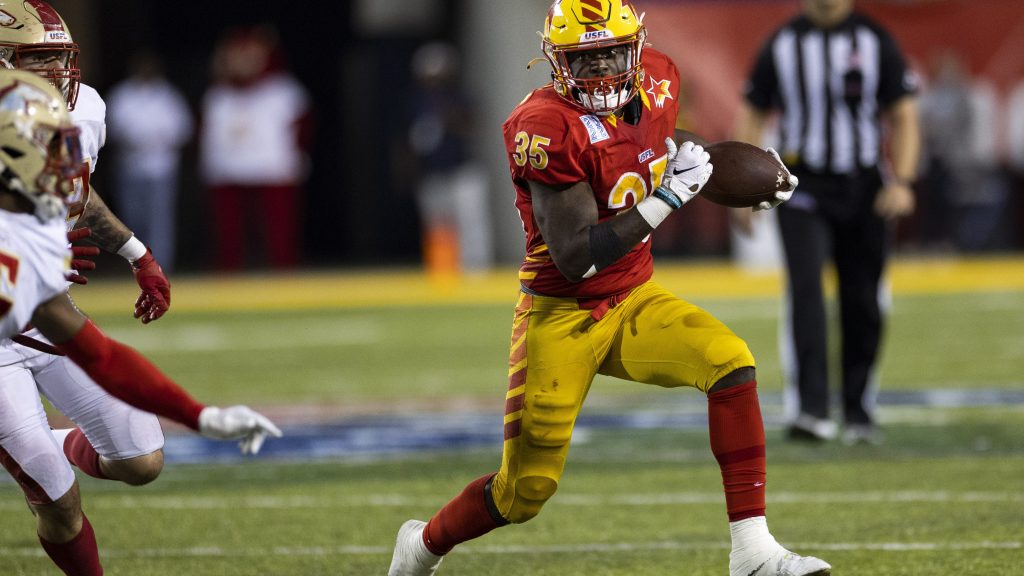 Former Green Bay Packers running back Dexter Williams was one of the standouts of the USFL title game between the Birmingham Stallions and Philadelphia Stars on Sunday night.

Williams, a sixth-round pick of the Packers in 2019, joined Philadelphia as an injury replacement last week and immediately stepped into a featured role for the Stars, who fell 33-30 at Tom Benson Stadium in Canton, Ohio.

Williams rushed eight times for 29 yards and caught four passes for a team-high 73 yards, including a 34-yard catch. He finished with 102 total yards on 12 touches.

“I thought he played really well for not having much time to learn the offense,” Stars coach Bart Andrus said, via Eric D. Williams of FOX Sports. “We had to find stuff that he could learn quickly, but he played well. I would have liked to have seen him for a few more weeks.”

Williams played for four other NFL teams after being released by the Packers at final cuts before the 2021 season. He signed with the Stars on June 29.

While an runner, Williams was unable to carve out a role as a backup in Green Bay behind Aaron Jones, Jamaal Williams and AJ Dillon.

But the former Notre Dame star made the most of his opportunity in the USFL on Sunday night.

Williams’ 34-yard catch came on a screen play. He made several would-be tacklers miss in the open field.

WE LOVE SCREEN PASSES!@DexterW_22 with a long gain.

Here was one of Williams’ runs from Sunday night:

Williams replaced Matt Colburn II, who was out with an injury.