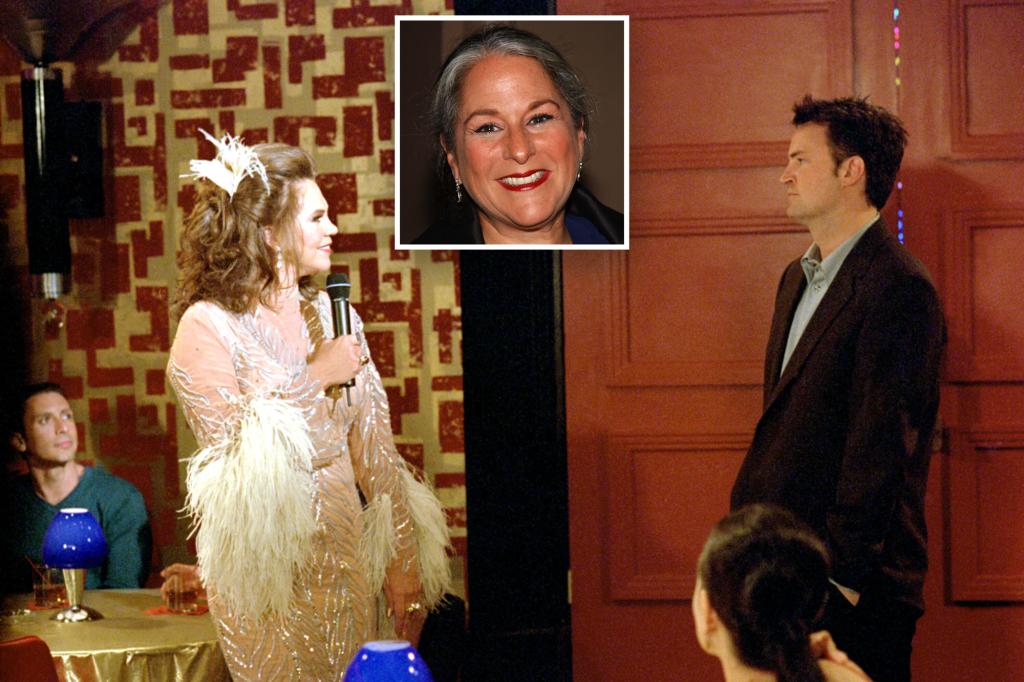 Not only does “Friends” co-creator Marta Kauffman regret the cast’s lack of diversity, she also feels bad about the show’s portrayal of a transgender character.

In a clip from Kauffman’s upcoming interview on the Conversation on the BBC World Service, she recalled the choice to refer to the transgender mother of Chandler Bing (Matthew Perry) as his “dad.”

“Pronouns were not yet something that I understood,” Kauffman admitted. “So we didn’t refer to that character as ‘she.’ That was a mistake.”

Played by Kathleen Turner, Chandler’s trans parent, Amanda Bing, appeared in several of “Friends” episodes, including “The One With Monica And Chandler’s Wedding, Part 1.”

In 2019, Turner said on “Watch What Happens Live With Andy Cohen” that she would not accept the role nowadays “because there would be real people able to do [the role].”

Kauffman, who also created Netflix’s “Grace and Frankie,” told the BBC how she’s changed her sets to be more inclusive.

“I like very much to create an environment where we have a happy set and a happy crew. It’s very important to me that where we are is a safe place, a tolerant place, where there’s no yelling. I fired a guy on the spot for making a joke about a trans cameraperson. That just can’t happen,” she said.

“Friends” has long been criticized for its lack of diversity. The popular show, which ran from 1994 to 2004, features a group of six white, heterosexual best friends living in Greenwich Village, a famously gay neighborhood in New York — a historically diverse city.

Recently, Kauffman finally admitted to the show’s faults and pledged $4 million to her alma mater, Brandeis University, to fund an endowed chair in the school’s African and African American studies department, one of the oldest in the country.