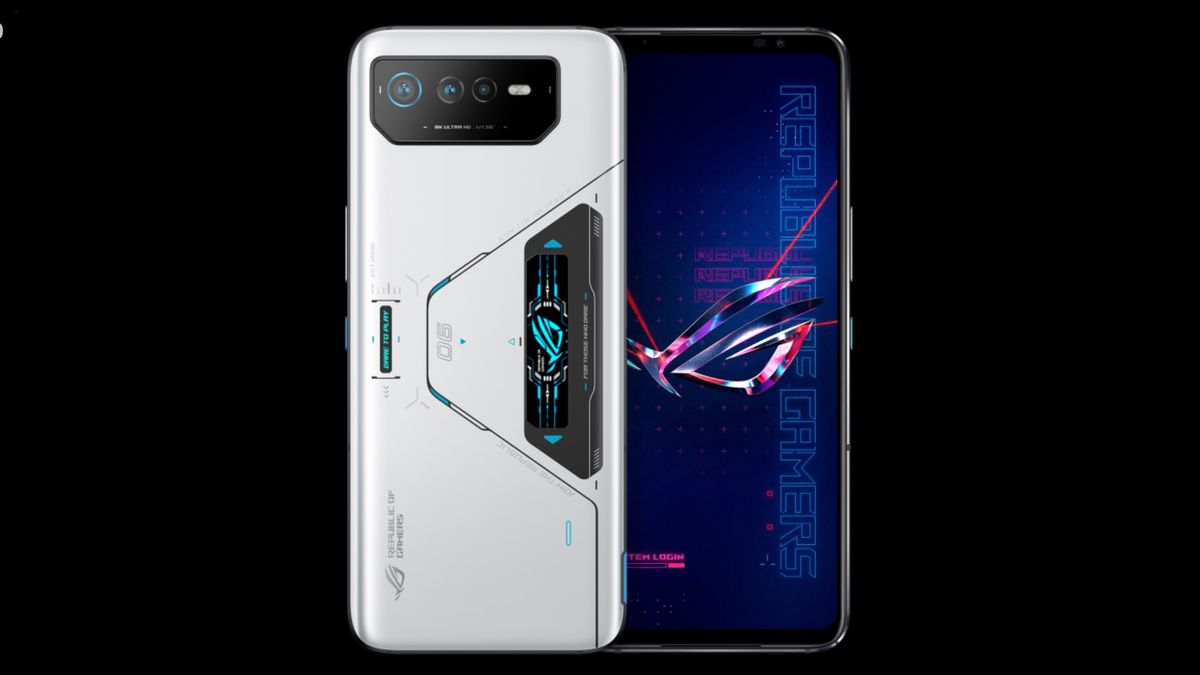 Taiwanese company ASUS Republic of Gamers (ROG) has launched its ROG Phone 6 series of gaming smartphones – ROG Phone 6 and ROG Phone 6 Pro – at a virtual event called ‘For Those Who Dare.’

The ROG Phone 6 and ROG Phone 6 Pro are amongst the first smartphones to be launched with Qualcomm’s mighty Snapdragon 8+ Gen 1 flagship chip and the phone’s feature up to 3.2 GHz CPU clock speeds, up to 18 GB of LPDDR5 RAM, and up to 512 GB of storage. Both phones feature an upgraded GameCool 6 cooling system, which features 360° CPU cooling technology to give gamers the sustained performance they need. A whopping 6000 mAh battery is also sure to give enough power for even the longest gaming sessions.

Both the ROG Phone 6 and ROG Phone 6 Pro have impressive, and identical screen specs with a 6.78-inch Samsung AMOLED HDR10+ display that uses exclusive ROG tuning technology to achieve 165 Hz refresh rate and 720 Hz touch-sampling rate and a 23 ms ultra -low touch latency. The display can be set to 60 Hz, 90 Hz, 120 Hz, 144 Hz, or 165 Hz for a great gaming experience.

For the ROG Series 6 AirTrigger 6 has been significantly upgraded, with the ultrasonic sensors now fully supporting various gestures, including new features such as Dual Action, Press and Lift, and Gyroscope Aiming.

Both smartphones in the ROG Phone 6 series are equipped with a triple-camera system, featuring a Sony IMX766 50 MP main wide-angle camera, an ultrawide 13MP second camera, and a macro plus the trio on the back. Up front you’ll find a 12MP camera for selfies and videos. Enhanced software features for this series include HDR10+ Video Mode.

As you can see from all the identical specifications above, the ROG Phone 6 and ROG Phone 6 Pro share a lot, but there are some differences. Both gaming phones have loads of RAM but the Pro version; has an enormous 18GB of RAM, while the standard ROG Phone 6 has (a still enormous) 16GB.

The ROG Phone 6 is available in Phantom Black and Storm White, whereas the ROG Phone 6 Pro is only available in Storm White. Other than colors available, there’s only one slight difference in design between the two models: the Pro edition has a ROG Vision color PMOLED display, which can summon different graphics on the back of the phone, while the standard version just has a simple ROG logo illuminated in RGB.