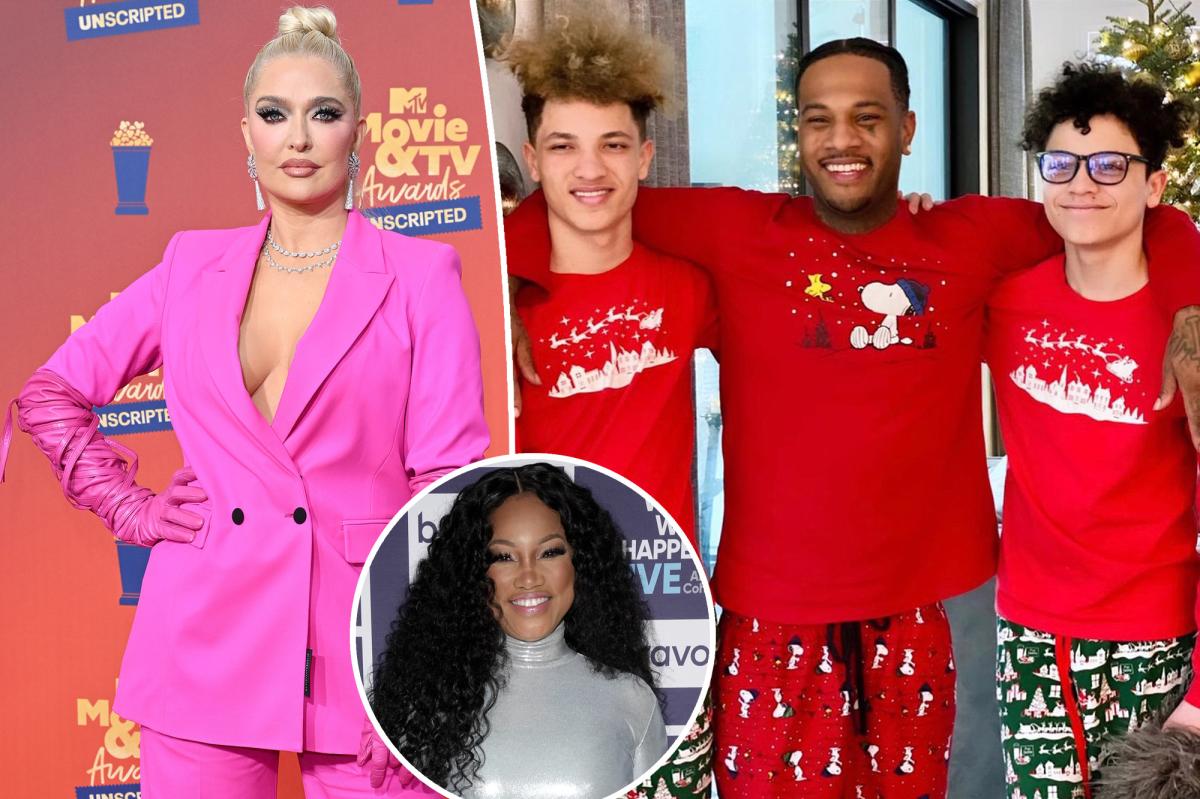 Garcelle Beauvais is sticking up for her kids after Erika Jayne cursed at her 14-year-old son in a sneak peek from the upcoming episode of “The Real Housewives of Beverly Hills.”

“This is an appreciation post for my sons Oliver, Jax, & Jaid,” the reality star, 55, wrote via Instagram on Wednesday.

“You boys make me so proud… you are loving, kind, and respectful. You show respect to people even when they don’t deserve it. Respect is a reflection of your character, not theirs 💙💙💙”

In the clip, Jayne, who appeared drunk, told Beauvais’ son Jax to “Get the f–k out” after he grabbed flowers from a table at his mother’s birthday party.

“Wait, what are you doing here?” Jayne, 50, asked as he approached the table.

A stunned Jax then hurried off to tell his mom about the uncomfortable interaction. Beauvais proceeded to walk over to Jayne, telling her she “hurt Jax’s feelings.”

While Jayne seemed shocked that her comments upset the family, she stayed at the party while everyone else left.

The outburst may have been part of Jayne’s “newfound chattiness” that Beauvais has observed over the past couple of months.

During a previous episode of “RHOBH,” she noticed the “Xxpen$ive” singer had been especially conversational as a way to allegedly “distract” the rest of the cast from her ongoing legal woes.

“I feel like a lot of what she’s doing now is distracting so that we don’t ask her questions,” Beauvais said in a confessional. “Nobody’s talking about it – none of the ladies. They’re like, ‘We’re happy to drop it. Let’s move on.”

Jayne is currently in the middle of numerous lawsuits tied to accusations that her estranged husband, Tom Girardi, stole millions of dollars from the settlement funds of his vulnerable clients to support Jayne’s lavish lifestyle.

The reality star denies any wrongdoings and claims she was unaware of Girardi’s crimes.

“The Real Housewives of Beverly Hills” airs Wednesdays at 8 pm ET on Bravo.