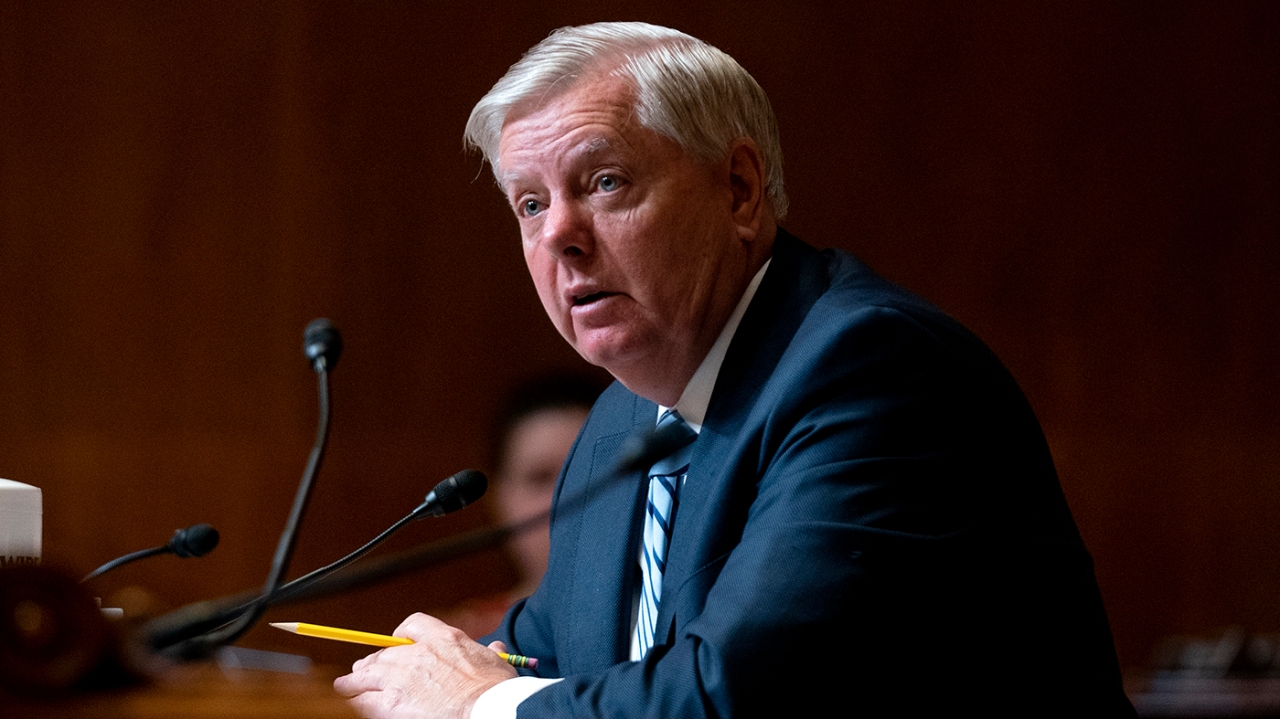 Sen. Lindsey Graham (RS.C.) achieved new heights of political celebrity during the Trump years, but now finds himself in the middle of a criminal investigation linked to the battle for Georgia in the 2020 presidential race.

A special grand jury in Fulton County has subpoenaed Graham along with other Trump insiders as part of an investigation into potential criminal interference in the 2020 election in Georgia, which President Biden narrowly won by 12,670 votes.

Graham’s lawyers issued a statement Wednesday asserting that the senior South Carolina senator is not a subject or target of the investigation, which they denounced as a “fishing expedition.”

His attorneys, Bart Daniel and Matt Austin, said they would fight the subpoena in court, raising the prospect of a protracted legal battle.

“As chairman of the Senate Judiciary Committee, Sen. Graham was well within his rights to discuss with state officials the processes and procedures around administering elections. Should it stand, the subpoena issued today would erode the constitutional balance of power and the ability of a member of Congress to do their job,” they said in a statement Wednesday. “Sen. Graham plans to go to court, challenge the subpoena, and expects to prevail.”

The Fulton County district attorney’s office said Wednesday it would respond in the appropriate court to compel Graham’s appearance if necessary.

Graham called Georgia Secretary of State Brad Raffensperger (R) shortly after Biden barely carried the state to query him about the validity of thousands of ballots.

What surprised Senate insiders is that Graham reached out directly to Raffensperger instead of letting staff handle what the senator described as an information gathering mission.

“It’s certainly alarming that a United States senator is being questioned about the events surrounding Donald Trump’s efforts to pressure Georgia officials to overturn the election results,” said Ray Zaccaro, a Democratic strategist and a Senate aid who worked on voting rights legislation.

Zaccaro said that while Graham at the time was the chairman of the Senate Judiciary Committee, “that was not the way the committee would conduct any kind of oversight.”

“It was certainly unusual and unorthodox,” he said. “Nothing about his role as far as I’m aware as the chairman of the Judiciary Committee at the time would merit that engagement.”

While Graham’s legal team says he is not the target or subject of the investigation into criminal election interference, his involvement in the probe raises questions about whether he may face criminal liability at some point.

Stanley Brand, a former general counsel to the House and specialist in congressional ethics, said Graham could seek protection under the Constitution’s Speech and Debate Clause, which protects lawmakers from arrest during their official duties.

“I think there are, arguably, speech and debate implications here, not the least of which would be his internal deliberations with his colleagues given that this was something that was going to be voted on,” he said, noting that Graham contacted Raffensperger before he and other senators were going to vote on objects to the certification of Biden’s victory on Jan. 6, 2021.

But Brand said the legal case is made murkier by Graham’s interaction with state officials outside of Congress itself.

“The harder question is how much his conversations with Raffensperger would be covered,” he said.

While Brand said the Judiciary panel has an oversight responsibility, he noted language in the Supreme Court’s 1972 ruling in Gravel v. United States indicating that “errands” lawmakers carry out with agencies that are not part of their legal function are not protected by the Speech and Debate Clause.

“That’s almost a question-by-question determination,” he said, explaining that the protections of the Speech and Debate Clause are largely determined by how a court may rule.

Some Democratic lawmakers think Attorney General Merrick Garland will act on the findings of the House Jan. 6 select committee to investigate and charge members of Trump’s inner circle in connection to their efforts to block Biden’s 2020 victory.

Federal investigators last month searched the home of Jeffrey Clark, a former Justice Department lawyer who, according to a recent testimony before Congress, tried to persuade Trump to put him in charge of the agency so that he could send a letter to Georgia elections officials falsely claiming the Justice Department had “identified significant concerns” with the state’s election results.

Other Trump allies subpoenaed by the Fulton County district attorney active participated in a strategy to stop the certification of Biden’s victory, according to testimony made public by the House Jan. 6 panel. Rudy Giuliani, Trump’s personal attorney, as well as other Trump-allied attorneys — John Eastman, Cleta Mitchell, Jenna Ellis and Kenneth Chesebro — also received subpoenas.

Raffensperger, Georgia’s top elections official, told The Washington Post shortly after Graham called him that he was stunned that Graham appeared to suggest finding a way to throw out legally cast ballots.

Graham at the time disputed Raffensperger’s claim as “ridiculous” and insisted he was merely trying to understand how Georgia election law worked.

“The main issue for me is: How do you protect the integrity of mail-in voting, and how does signature verification work?” he said.

More than a year and a half later, that claim is coming under intense scrutiny by Fulton County District Attorney Fani Willis, colleagues in Congress and the media.

Since news broke that Graham contacted Raffensperger and his staff twice about reviewing Georgia’s absentee ballots for potential fraud, more evidence has become public through the House Jan. 6 committee’s investigation indicating there was an organized and concerted effort by Trump allies to overturn Biden’s 2020 victory.

Graham’s close relationship with Trump and his regular access to the president has raised doubts about the senator’s claims that he was participating in a fact-finding mission without any intention of pressuring elections officials one way or the other.

Issac J. Bailey, a professor of public policy and communications studies at Davidson College in North Carolina, noted that Graham initially kept Trump at arm’s length during the 2016 election but later gravitated to his power.

“The old Lindsey Graham would have never gotten himself into this position, would have never jumped on the phone to pressure legislators in another state to affect the outcome of an election,” Bailey told The Hill.

“After initially rightly holding Trump at arm’s length and rightly calling out the danger many of us saw back in 2016, he just relinquished all of that to get into the good graces of Trump,” he said.

“I’m not sure that the simple act of getting caught up in this hurts Graham because of the nature of the South Carolina electorate and in particular the Republican Party and the typical Republican voter in the state of South Carolina.” It’s not like he’s going to get punished at the polls for that,” said James Wallner, a former Senate Republican aid who now teaches about Congress and American constitutional law at Clemson University.

Wallner said the legal ramifications are tougher to predict.

“What comes of this is a different story, and we can’t write that chapter until we get there,” he said.