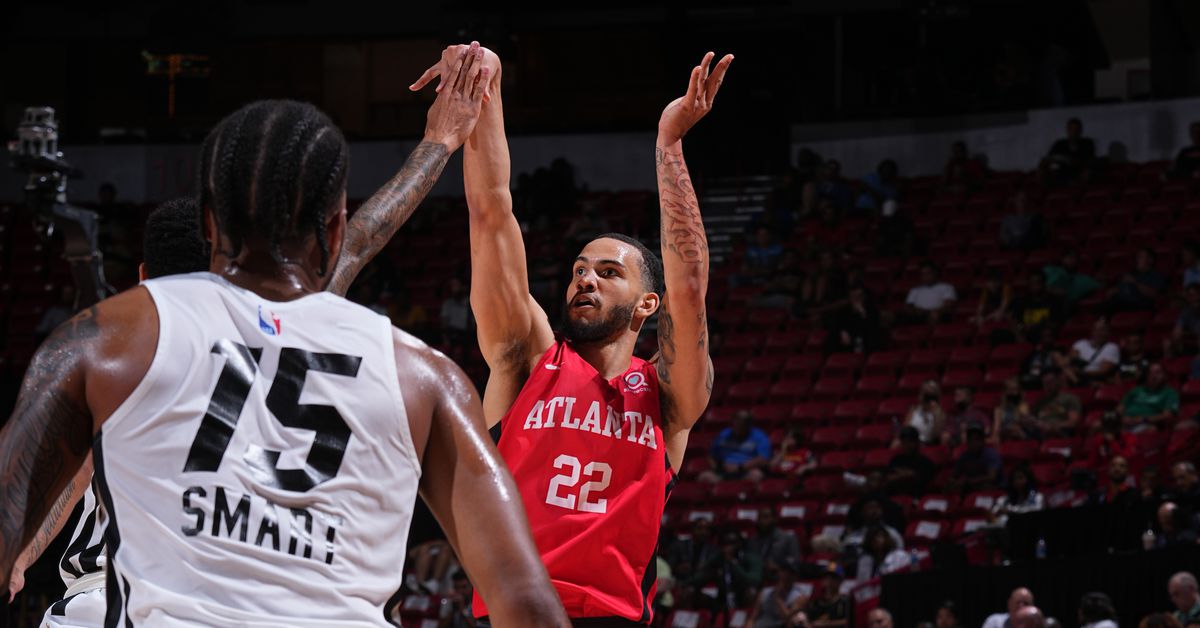 The Atlanta Hawks took on the Miami Heat Tuesday evening in their third matchup of their 2022 Summer League schedule. Atlanta picked up their first win of the summer with a 95-88 victory over the Heat.

The Hawks led 23-17 heading into the second quarter, with Chaundee Brown Jr. leading the way with seven first-quarter points.

Sharife Cooper had five assists in the opening period to go with two points.

Atlanta opened up a 19-point lead in the second period, with Chris Clemons pouring in nine points in less than four minutes to extend the lead. The Hawks started the second quarter on a 16-3 run.

Miami closed the half on 24-10 run to cut the deficit back to just five heading into the break, with Atlanta leading 49-44 at the half.

The Hawks continue their improved offensive play in the second half, as evidenced by possessions like this:

Rookie No. 51 overall pick Tirese Martin got hot in the third quarter, pouring in some quick buckets to help Atlanta stay out in front after the Heat took a brief lead.

Martin tallied nine points in just over a minute of game action during his third-quarter surge.

The Hawks took a 77-65 lead to the final period as they looked to secure their first win of the summer. Miami closed the gap to 93-88 inside the final minute but it was too little, too late.

Atlanta took home the 95-88 win behind a game-high 21 points (15 in the second half) from Martin. Cooper added nine assists to go with his four points, with Brown Jr. adding 18 points and five rebounds in the win.

The Hawks move to 1-2 on the summer and will be back in action Thursday when they will matchup with the San Antonio Spurs.