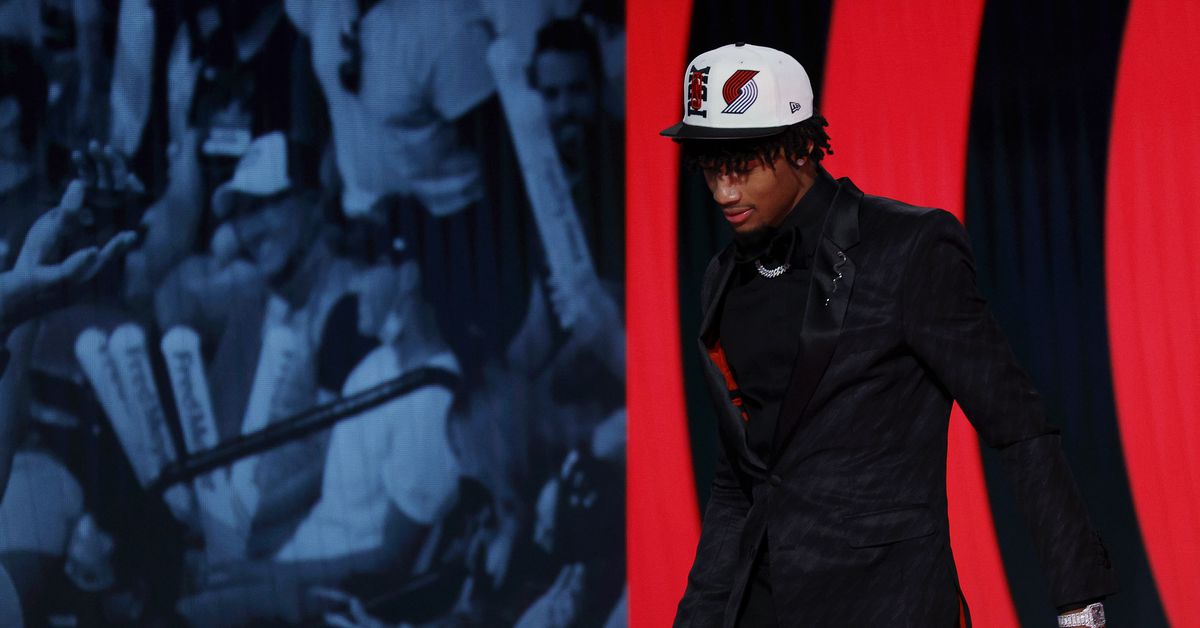 With a lot going on in the Portland Trail Blazers organization, we thought it would be a good exercise to get some takes from the Blazer’s Edge staff and bring it into one place.

The purpose of this exercise is to ignite a conversation and have it continue in the comments below, so feel free to chime in with your take on the subject.

For this roundtable, we look at Blazers rookie Shaedon Sharpe, his brief Summer League showing last night, and what he could bring to the team in the long run.

Here’s what the staff had to say:

The jury’s still out on Shaedon Sharpe, who still has an extremely limited portfolio. We got to see a (very small) glimpse of him last night, but the truth is, we still have no idea what Sharpe could become.

He could easily amount to just another “what if” and failed Blazers prospect, but the reason why the team took him when they did is because he had the best chance of anyone remaining on the board to be elite. Here’s to hoping he’s more elite than failed.

Given the state of the team, I hate the pick. It sends the message that the front office is unwilling to go all-in on maximizing the remainder of Damian Lillard’s prime. I would have much rather seen a player like AJ Griffin, who is likely more ready to contribute from the jump, and fills an immediate need at small forward. The Blazers are in “s*** or get off the pot” mode, and drafting Sharpe doesn’t do much to solve that predicament, or at least doesn’t appear to. I would love to be wrong.

I love the idea of ​​Sharpe. While the noises coming out of the Blazers front office are all “win now”, the reality is that Cronin has been making moves that could pay off in the short term while not completely destroying the future. Sharpe walks that line perfectly. We’ve only seen 5 minutes of him in a Blazers uniform and some old highlight videos, but still it just feels like there could be something there. The risk of this pick not paying off, either short term or long term, is real. Develop, there are multiple ways this could go right. It’s not hard to imagine that in a few years Sharpe becomes a quality starter for the Blazers. That’s real value. It’s also not inconceivable that Sharpe becomes a useful contributor before the end of the season. But let’s dare to dream. Sharpe is the first player the Blazers have drafted since Lillard where if you squint really hard you can see the foundation of a superstar. It is likely? Absolutely not. Is it possible? Well sure. Why not? A young budding superstar would fit Dame’s timeline just fine. So let’s dare to dream, shall we?

I wasn’t crazy about the Blazers using the seventh pick, but I’m not mad about Sharpe. I just don’t think we have enough intel on him, exacerbated by the fact that he was injured six minutes into his first Summer League game.

I love the potential in his game, but that’s all it is at the moment so I’m not sure he’s going to be able to contribute this next season. I’m keeping my expectations low so that if he does make any real noise over the next 12 months, it’ll be gravy.

Let’s just hope we look back in five years time and marvel at where MVP candidate Shaedon Sharpe started.