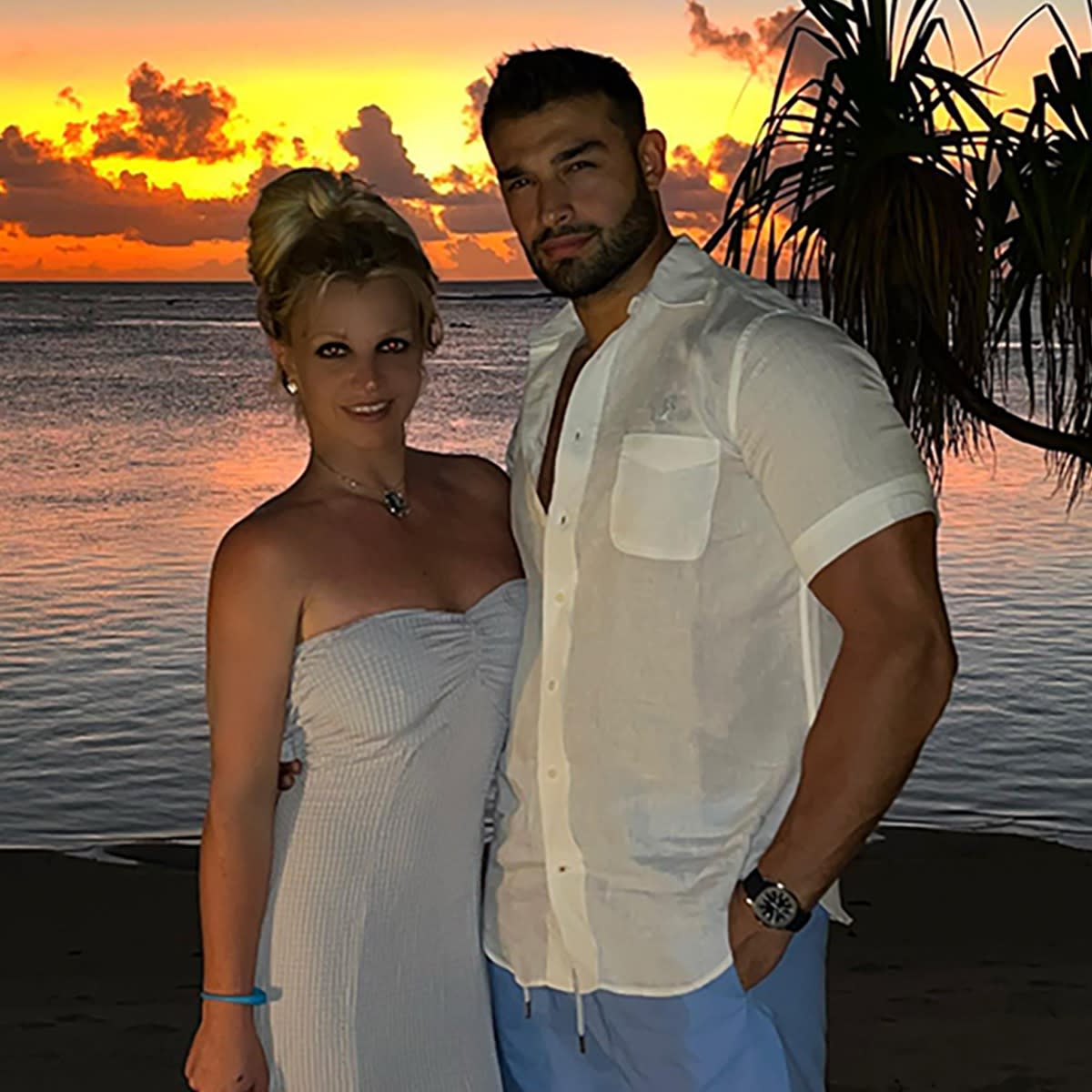 Britney Spears is in the vacation zone.

One month after tying the knot, the pop star and husband Sam Asghari jetted off to undisclosed tropical location for a romantic honeymoon.

In a racy video posted to Instagram on July 4, Britney posed up a storm in a lime green string bikini top and leopard bottoms as she splashed around in the ocean while Justin Bieber‘s hit ‘Honest’ played in the background. The song fittingly features the lyrics, “I look straight in your eyes, holy matrimony.”

Later in the clip, she zoomed in on a delicious pasta dish.

In the caption, Britney shared that the newlyweds were experiencing less than ideal whether on their vacation.

“It’s raining cats & dogs,” she wrote. “I’m eating fruit cause its too hot and muggy to eat hot food. Good God just the fruit here, its cold and when it registers on my tongue it melts and puts me in bliss.”

Despite the showers, Britney was determined to make the most of it, revealing plans to “sing in the rain and possibly play in the muddy sand,” activities that she said were on her “bucket list.”

She added, “Of course on my honeymoon the [sun is] not out.”

Britney, 40, teased that she was traveling somewhere special on the 4th of July when she posted a video of Sam, 28, cuddling with their dog Sawyer aboard a private jet.

The couple—who first met in October 2016 on the set of Britney’s “Slumber Party” music video—got married on June 9 in an intimate ceremony at the bride’s home in Thousand Oaks, Calif.

“[Britney] and Sam have been soaking up their time together as newlyweds and have been relaxing since the wedding,” a source close to Sam exclusively told E! News. “Britney is feeling very fearless and is in total bliss since marrying Sam. She is so happy and feels like she is a new woman now.”