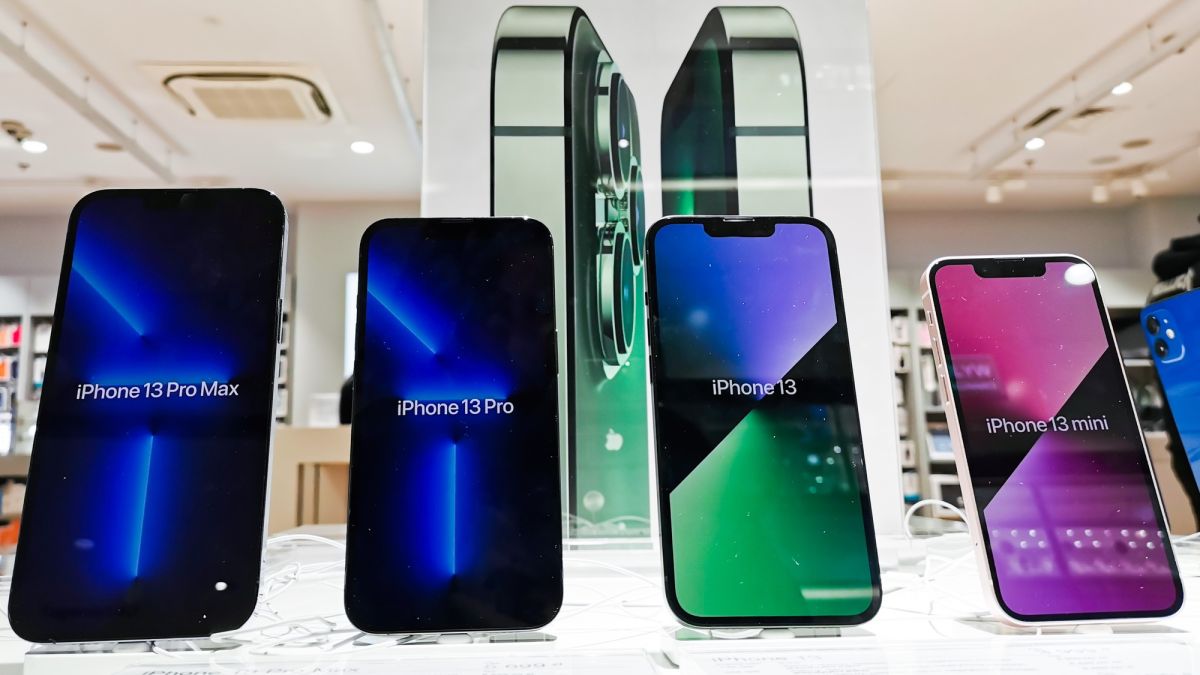 The new iPhone 14 arrives sometime this fall — iPhone 14 release date speculation suggests that the phones will appear in September — meaning you’ll have a choice of new Apple smartphones in just a few months.

But to make room for the four new models we’re expecting Apple to release, some current iPhones will likely disappear from Apple’s lineup. And that includes some of the best iPhones you can buy right now.

Apple’s playbook in recent years is to keep around a few older models at reduced prices as a way to appeal to shoppers who balk at paying the full cost for a brand new iPhone. That could be especially critical this time around as some new phones, specifically the iPhone 14 Pro models, could see a price hike from their iPhone 13 counterparts.

If you’re familiar with Apple, you know the company doesn’t disclose anything about its future product plans, right up until the moment that it’s ready to announce new phones. That hasn’t changed with the build-up to this year’s iPhone 14 release, and the rumor mill has been quiet about Apple’s iPhone lineup beyond the planned iPhone 14 models. We would expect an uptick in rumors right before the iPhone 14 launch, though.

In the meantime, we can review Apple’s recent history to make some guesses about which phones are likely to stick around at reduced prices and which could be harder to find come the fall. Here’s what we think Apples future iPhone lineup will look like once the iPhone 14 arrives.

Before we proceed with what Apple’s post-iPhone 14 launch plans will be, let’s review what Apple’s current phone offerings look like. We’re restricting this to the devices currently on sale at Apple, along with their starting prices. Additional older iPhones may available at select retailers and phone carriers, but we’re only considering what Apple makes available for sale.

That’s eight models in total, with only one — the iPhone SE (2022) having been released in the last calendar year.

iPhone 14: What models are coming in the fall

Rumors have tipped us off about the new models Apple is working on as part of this year’s iPhone release. We’re expecting four new phones — an iPhone 14, an iPhone 14 Pro, an iPhone 14 Pro Max and an iPhone 14 Max. The first three models will have the same screen sizes as their iPhone 13 equivalents, though the Pro versions could ditch the iPhone’s famous notch for cutouts that house the front camera and Face ID sensors.

The inclusion of the iPhone 14 Max means the end of the line for the compact mini iPhone, which has been part of the iPhone 13 and iPhone 12 lineups; Both iPhone minis released by Apple remain on sale. While Apple doesn’t break down sales figures by model, it’s reported that the mini is Apple’s least popular iPhone, which might explain why it’s not sticking around for an iPhone 14 version. The reported lack of sales may also influence Apple’s decision on which models will remain part of its phone lineup in a post-iPhone 14 world.

iPhone 14 pricing rumors are also important to keep in mind when trying to figure out which current Apple phones might keep. While it’s possible Apple will try to keep prices the same as they were for the iPhone 13, emerging rumors suggest that retain only the standard iPhone 14 will the price of its iPhone 13 counterpart. The iPhone 14 Max, as a larger phone, could feature an $899 price tag.

Which current iPhone models could disappear from Apple’s lineup?

Assuming rumors of four new iPhone 14 models pan out, we can expect Apple to thin out the current iPhone lineup to make room for the latest handsets. Any phones that would cannibalize sales of new iPhone 14s would likely be the first to go.

That means the iPhone 13 Pro and iPhone 13 Pro Max are probably living on borrowed time. Since iPhone started with the Pro and Pro Max models in the iPhone lineup back in 2019, it’s never kept either version around for more than a year. The iPhone XS and iPhone XS Max — forerunners to the Pro/Pro Max naming convention — also dropped out of the lineup once the iPhone 11 launched.

Apple also rarely keeps phones longer than three years after their release date. The iPhone 11, unveiled in September 2019, is rapidly approaching its Sell-By date, so it’s a pretty safe bet that it’s getting cycled out of the lineup this fall.

Which current iPhone models are Apple likely to keep?

Apple consistently keeps the standard iPhone it introduced the year before, knocking $100 off its price. That’s what happened to the iPhone 11 when the iPhone 12 debuted, and the iPhone 12 met a similar fate last fall. That’s why we think the 6.1-inch iPhone 13 is almost certain to stay around once the iPhone 14 debuts.

The typical $100 price cut would be especially pertinent for the iPhone 13, as there’s no iPhone 14 mini to take up the $699 pricing slot. So it would make sense for the iPhone 13 to fill that space as the next-best option for shoppers who just can’t swing the $799 price the iPhone 14 is likely to command.

If Apple thinks it can wring another year’s worth of sales from the iPhone 12, it could keep that phone around, too. The iPhone 12 has already seen a drop from its $799 debut price to $699. Should that phone stay — and Apple’s past behavior suggests it will — we would expect a new $599 price for the iPhone 12 in the fall.

That leaves the iPhone 13 and iPhone 12 mini — and some complicated questions about just what Apple does with those phones. If you believe the notion that neither model has sold particularly well, there’s really no incentive for Apple to keep either around, unless it’s to clear up any unsold inventory.

Then again, dropping both minis from the lineup would leave Apple with a sizable gap between the iPhone 12 at its likely $599 price and the $429 iPhone SE, which isn’t going anywhere. If Apple’s keen on offering a $499 phone, either one of the remaining mini models could fill that slot. The iPhone 12 mini would seem like the more natural progression, since $499 is just a $100 drop from its current price. But if mini sales are as tapid as we’ve heard, knocking $200 off the iPhone 13 mini would certainly price that model to move.

The fates of the iPhone 12 mini and iPhone 13 mini are probably the biggest lingering question about which current iPhone models are likely to stick around past the fall. If we had to guess, we’d say the more recently released iPhone 13 mini seems like the more obvious candidate to keep around, but it would require a heftier price cut than normal to fit in with Apple’s current pricing structure.

It’s a fun guessing game trying to figure out Apple’s fall phone lineup, but there’s a practical reason to figure out which phones will still be around once the iPhone 14 arrives. If you’re currently considering an iPhone purchase with one of the current models has caught your eye, waiting a few months could mean that you’d be able to purchase the same handset, but at a lower price, assuming its part of Apple’s longer -term plans.

Conversely, if that phone’s likely to drop out of the picture, come the fall, you’d be better served making your purchase now, even at the current price. (The best iPhone 13 deals can help you save money on your next phone purchase.)

There’s another advantage to waiting until the fall to buy an iPhone — you can also see if the rumored improvements to the iPhone 14 really are worth it to you. That way, you’ve got an even wider array of iPhone choices, regardless of which phones make up Apple’s fall lineup.