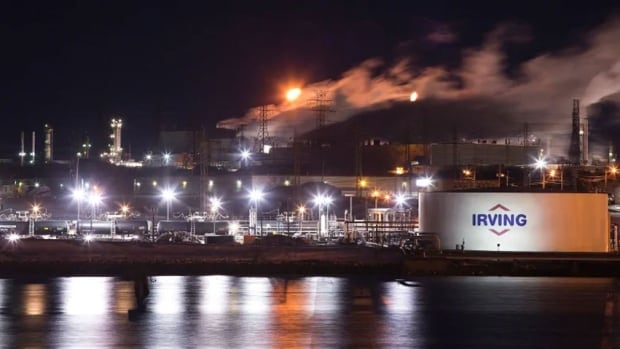 Irving Oil is expanding hydrogen capacity at its Saint John, NB, refinery in a bid to lower carbon emissions and offer clean energy to customers.

The family-owned company said Tuesday it has a deal with New York-based Plug Power Inc. to buy a five-megawatt hydrogen electrolyzer that will produce two tons of hydrogen a day — equivalent to fueling 60 buses with hydrogen — using electricity from the local grid.

Hydrogen is an important part of the refining process as it’s used to lower the sulfur content of petroleum products like diesel fuel, but most refineries produce hydrogen using natural gas, which creates carbon dioxide emissions.

“Investing in a hydrogen electrolyzer allows us to produce hydrogen in a very different way,” Irving director of energy transition Andy Carson said in an interview.

“Instead of using natural gas, we’re actually using water molecules and electricity through the electrolysis process to produce… a clean hydrogen.”

Irving plans to continue to work with others in the province to decarbonize the grid and ensure the electricity being used to power its hydrogen electrolyzer is as clean as possible, he said.

Irving said it will be the first oil refinery in Canada to invest in electrolyzer technology.

The company said its goal is to offer hydrogen fueling infrastructure in Atlantic Canada.

“This kind of investment allows us to not just move to a cleaner form of hydrogen in the refinery. It also allows us to store and make hydrogen available to the marketplace,” Carson said.

The hydrogen technology will help Irving “unlock pent up demand for hydrogen as an energy transition fuel for logistics organizations,” he said.

Alberta also aims to expand its hydrogen production over the coming years.

Those plans lean on the development of carbon capture and storage (CCS) technology that aims to trap the emissions created when producing hydrogen from natural gas.