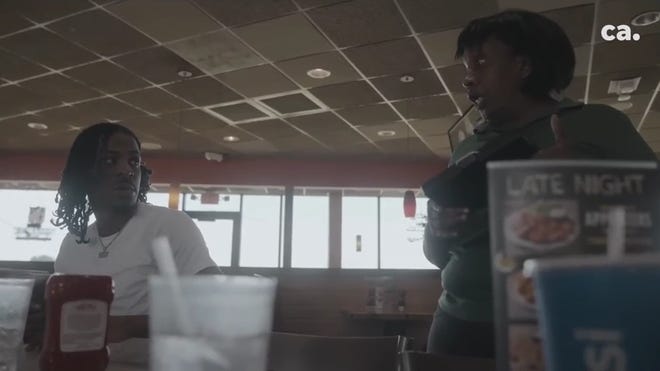 Memphis Grizzlies star Ja Morant has not lacked confidence in his NBA career.

And on Monday, it led to an embarrassing moment for ESPN.

A fake quote attributed to Morant by parody Twitter account Ballsack Sports made its way onto ESPN’s This Just In the afternoon panelist show. Host David Jacoby (filling in for usual host Max Kellerman) and NBA analyst Kendrick Perkins read out the fake quote, wrongly attributed it to Bleacher Report, and discussed it on Monday’s show.

Jacoby apologized on Twitter afterward to Morant and Taylor Rooks, who had done a recent interview with the Grizzlies standout.

Morant did an hour-long sitdown interview with Rooks, released on Monday, speaking on a long list of topics. The conversation shifted to Morant not getting a chance to speak to Jordan at the All-Star Game during the NBA 75 presentation. Morant said that if he had spoken to Jordan, he would have thanked the former Bulls legend.

“Feel like he is the reason a lot of people want to play the game of the basketball,” Morant said.

MARK GIANNOTTO:Hey Kevin Durant: Memphis is the best place for your dreams to come true

“I wish I played in his generation,” Morant said seconds later. “How he goes about the game, that mindset he had, I would like to play against him.”

“I would have cooked him too. Nobody has more confidence than 12,” Morant told Rooks after a question about how Morant would have fared against Jordan. “I’m never going to say that somebody is going to beat me one-on-one in anything. I don’t care what it is, what sport it is. Soccer — who is the best player in soccer? C’mon , we can play.”

For those keeping track, Morant said PSG star player Lionel Messi is the best footballer in the world.