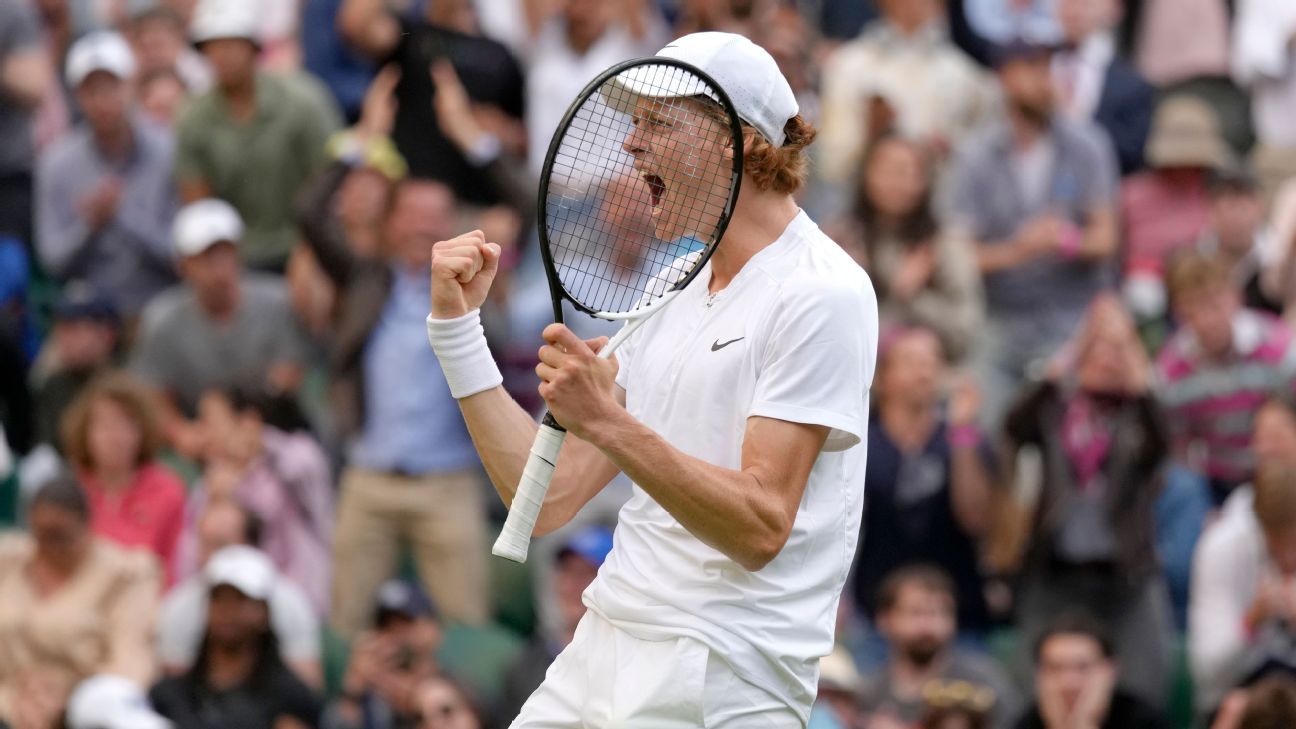 Jannik Sinner outdueled Carlos Alcaraz in a matchup of up-and-comers Sunday to reach his first Wimbledon quarterfinal, although he needed six match points to put his opponent away.

Sinner, 20, failed to convert two match points in the third-set tiebreaker but recovered to win 6-1, 6-4, 6-7 (8), 6-3 on Center Court against the 19-year-old Alcaraz. In terms of combined age, it was the youngest men’s singles matchup in the round of 16 or later at Wimbledon since 1985, when 17-year-old Boris Becker beat Henry Leconte in the quarterfinals.

The 10th-seeded Sinner had three more match points at 5-2 in the fourth, but the No. 5-seeded Alcaraz saved them all before holding serve. Sinner then saved a break point in the next game before finally converting his sixth match point with a forehand winner.

“For me, I didn’t expect it because I wasn’t playing so well on grass,” Sinner said.

He will face the winner of the match between defending champion Novak Djokovic and unseeded Tim van Rijthoven.

Tiafoe called for a physio after winning the third set and was given a pill, then quickly went down 5-1 in the fourth as his first-serve percentage dipped. The No. 23-seeded American held two break points at 5-5 in the fifth set, but Goffin saved them both with powerful serves, then converted his first match point in the next game when Tiafoe netted a backhand.

He is the first British male quarterfinalist since Andy Murray in 2017.

Norrie reached a career-high ranking of No. 10 this year, but this is the first time he’s been past the third round of a Grand Slam tournament. The 30th-seeded Paul was playing at Wimbledon for the first time and was trying to reach his second Grand Slam quarterfinal.

The Associated Press contributed to this report.