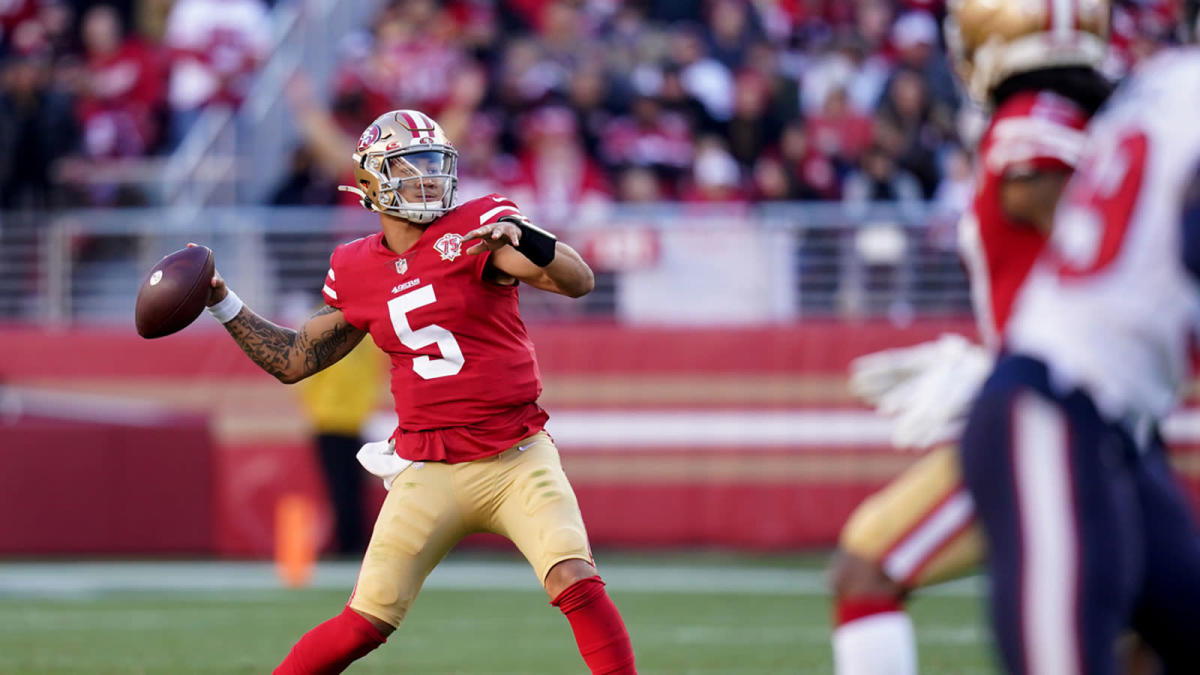 STATELINE, Nev. — 49ers quarterback Trey Lance has yet to enter an NFL season as the starter, but he already has built chemistry with the best receiver in football history.

“Man, I don’t know what clicked,” Hall of Fame receiver Jerry Rice said on the latest episode of the “49ers Talk” podcast, “but it was just like we were on the same page.”

Rice and Lance took to the 49ers’ practice field in Santa Clara this offseason to film a commercial for Rice’s energy drink, GOAT Fuel. Lance signed on as an ambassador for the company in December.

Rice is the NFL’s all-time leader in receptions, yards and touchdowns. He caught 85 career touchdown passes from Steve Young and 55 from Joe Montana.

“It didn’t take me long to really adapt to him and just know exactly what he was thinking and when he was going to release the football,” said Rice, speaking to NBC Sports Bay Area at the American Century Championship celebrity golf tournament.

“So that’s the type of chemistry you have to develop with the quarterback. And as a receiver, I was able to do that with Montana and also Steve Young.”

Rice said he had no problem catching passes from the strong-armed Lance, but he believes the young quarterback can improve his touch on short, higher-percentage throws.

“If you’re like 20 yards down the field or more, it’s great to have all of that velocity,” Rice said. “But those underneath passes are where you need to tone it down just a bit, and that’s an area he has to work on because he’s a gunslinger. Those short passes underneath, you need to dial it back a little bit.

“It’s a very catchable ball. Joe was more about timing. Steve had a little bit of a more-stronger arm. But It was a different spin on that ball also that was a little more difficult, but I would say Trey, his ball is very catchable.”

Lance appears in line to take over as the 49ers’ starting quarterback this season after taking all of the team’s first-team practice snaps during the offseason program.

The 49ers traded up to No. 3 in the 2021 NFL Draft and selected Lance, who remained as the backup to Jimmy Garoppolo last season. Recently, coach Kyle Shanahan said he still expects the team to trade Garoppolo before the start of the season.

Rice highlighted Lance’s knowledge of the game, as well as his arm talent and running ability, as reasons he believes Lance will thrive in the 49ers’ offensive system.

“That dimension to the San Francisco 49ers, that can make defensive coordinators have nightmares,” Rice said. “You got to have a mobile quarterback who can get out of the pocket, extend plays and still have the vision and throw it down field, too. And you have that rocket arm where you can throw it deep.”