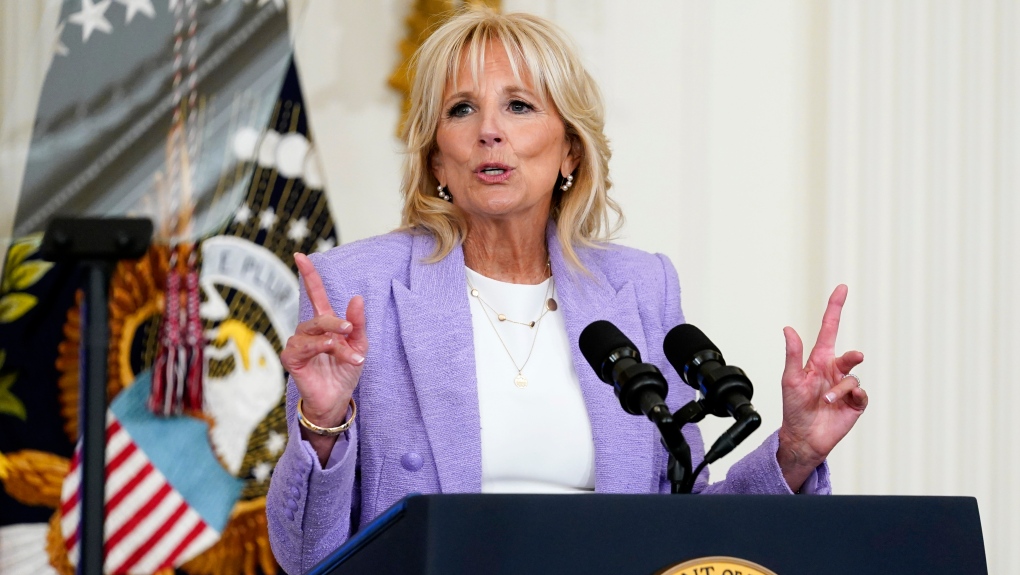 Jill Biden apologized Tuesday for saying Latinos are “as unique” as San Antonio breakfast tacos during a speech to the nation’s largest Hispanic civil rights and advocacy organization.

“The first lady apologizes that her words conveyed anything but pure admiration and love for the Latino community,” tweeted Jill Biden’s spokesperson, Michael LaRosa.

The first lady flew to San Antonio on Monday to address the annual conference of UnidosUS, a Latino civil rights and advocacy group formerly known as the National Council of La Raza. She also spoke at a Democratic Party fundraiser at a private home before she returned to Washington.

But Biden’s attempt at a compliment floundered when she described Latino diversity “as distinct as the bodegas of the Bronx, as beautiful as the blossoms of Miami and as unique as the breakfast tacos here in San Antonio.”

The National Association of Hispanic Journalists and others registered their offense on social media, with the organization’s tweeting that, “We are not tacos.”

The association said the first lady and her speechwriters should “take the time in the future to better understand the complexities of our people and communities.”

Hispanic generally favor Democrats, though the group’s support patterns vary widely in different parts of the US, and Latino support for the presidential candidate softened in 2020 compared to 2016, according to Pew Research Center data.

Some Democrats have suggested that the party isn’t working hard enough to maintain Hispanic support. In her speech, Jill Biden outlined how President Joe Biden has responded to the community, including by appointing Latinos to the Cabinet and other high government posts and helping them get vaccinated against COVID-19.


Associated Press writer Will Weissert contributed to this report.