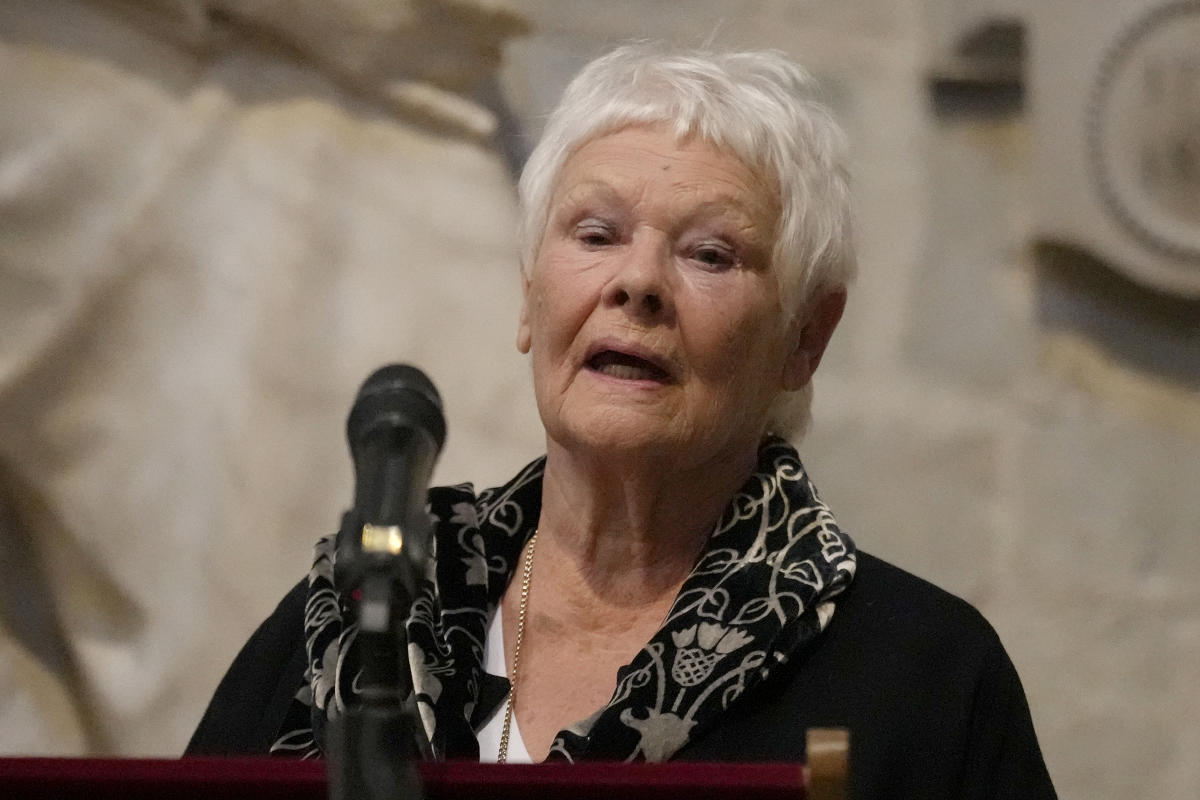 Judi Dench may be the beloved star of films like Belfast and Notes on a Scandalbut she once struggled with getting work on the big screen.

In a new interview with the UK’s TimesDench, 87, explained that during the 1960s, a director once told her that she could never have a career in film because of the way she looked.

“He was perfectly nice,” Dench recalled. “But at the end he said, ‘You’ll never make a film. You have the wrong face.’ And I said that is fine, I don’t like film anyway. I want to go back to the theater.”

Dench, of course, went on to have tremendous success in film, racking up seven Academy Award nominations, including one win for eight minutes of screen time as Queen Elizabeth I in Shakespeare in Love. Despite her long and thriving career, Dench says she is still careful to avoid getting too complacent.

“You can do something that is a success and then for the next thing you could go ass over tit,” she said.

In 2020, Dench’s face was celebrated when she made history as the oldest person to appear on the cover of British Vogue at the age of 85. But that doesn’t mean she’s particularly thrilled with the aging process. During her 2020 cover interview, she told Vogue that there is “nothing” she enjoys about aging.

Her sentiments are similar to the ones she made back in 2015, when she told People that “there’s nothing good about being my age.”

Dench balked at the idea of ​​slowing down her career at age 87, saying that the only way in which she’s slowing down is if she can’t “see to read.”

Want lifestyle and wellness news delivered to your inbox? Sign up here for Yahoo Life’s newsletter.