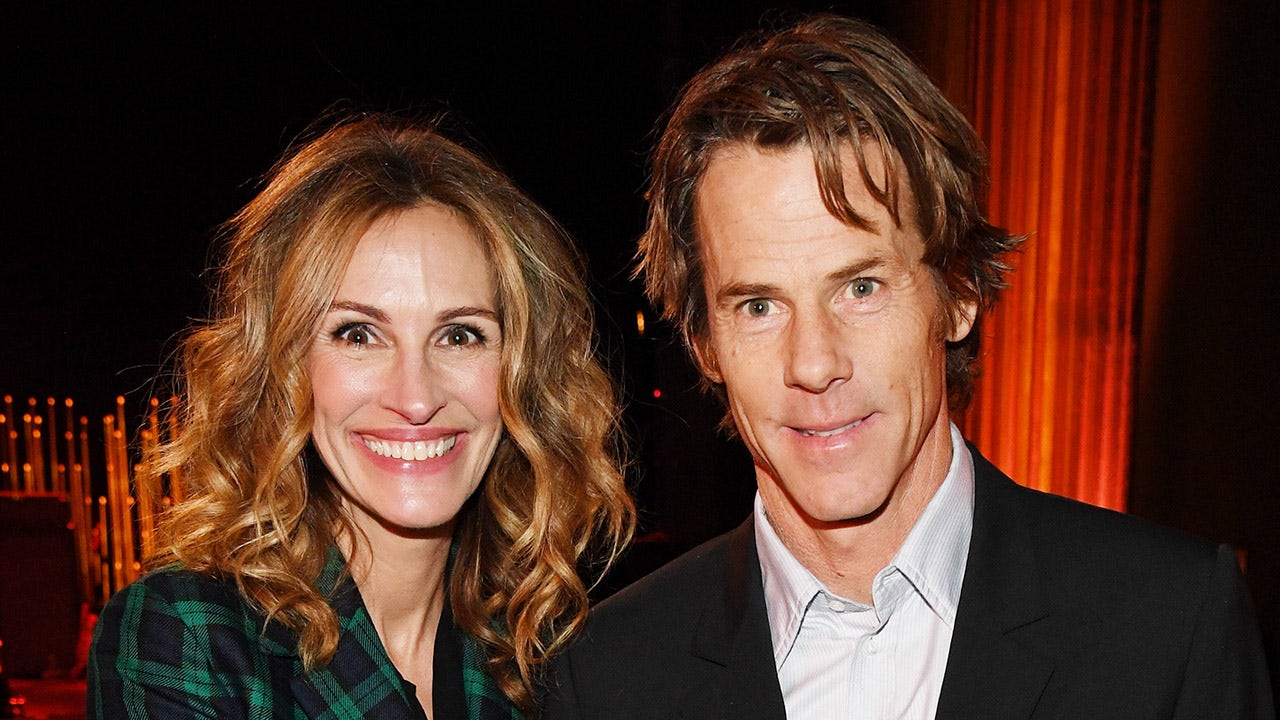 Julia Roberts shared a mere glimpse into her decades-long marriage to Danny Moder with an Instagram snap honoring their 20-year wedding anniversary on the Fourth of July.

The 54-year-old Academy Award-winning actress posted a charming photo of the couple wrapped up in a sweet embrace with the caption, “TWENTY.”

She added a few hashtags to the shot where Moder’s hand lovingly wrapped around her neck and showed off his wedding ring, including “can’t stop smiling” and “can’t stop kissing.”

Julia’s bright red hair was tied back with loose tendrils cascading down her back as she leaned in for the intimate moment with her partner.

Julia Roberts and Danny Moder celebrated 20 years of wedded bliss on Independence Day. The couple attended CORE Gala to Benefit 10 Years of Life-Saving Work Across Haiti Around the World in 2020 in Los Angeles, California.
(Kevin Mazur)

WHY JULY 4TH IS GOOD LUCK FOR HOLLYWOOD MARRIAGES!

Her niece, Emma Roberts, the daughter of acting legend Eric Roberts, couldn’t help but throw a few heart-eyed emojis on the post, which received dozens of likes from adoring fans.

Roberts and Moder first met on the set of the 2001 film “The Mexican,” in which she starred alongside Brad Pitt. Moder served as a cinematographer.

The “Pretty Woman” star was previously married to country crooner Lyle Lovett from 1993-95.

Love was certainly in the air as they tied the knot shortly after Moder finalized his divorce from Vera Steimberg. The couple married on her ranch in Taos, New Mexico in 2002.

Roberts and Moder first met on the set of the 2001 film “The Mexican,” where she starred alongside Brad Pitt. Moder served as a cinematographer. The couple attended the 3rd annual Sean Penn & Friends HELP HAITI HOME Gala in 2014.
(Kevin Mazur)

Roberts and Moderator have 17-year-old twins, Hazel and Phinnaeus “Finn,” in addition to son Henry, 14.

She discussed their big anniversary earlier this year while chatting on SiriusXM’s “The Jess Cagle Show” as she declared: “This year, this summer. Twenty years kissin’ Danny Moder.”

When asked how she was planning to celebrate, she simply responded: “More kissing.”

The “Steel Magnolias” actress told the New York Times earlier this year that she’s strayed from her legendary rom-com status quo, and considers herself a “homemaker” after raising her children out of the spotlight.

She’s but more weight on projects and won’t choose just any film, which is why it comes as a bit of a surprise that she’s returning to the silver screen to star alongside George Clooney in “Ticket to Paradise” later this year.

She’s returning to the silver screen to star alongside George Clooney in ‘Ticket to Paradise’ later this year. Roberts and Clooney attended the ‘Money Monster’ premiere during the 69th annual Cannes Film Festival in May 2016
(Photo by Mike Marsland/WireImage)

“It can’t be 20 years, can it? Here’s the thing: If I’d thought something was good enough, I would have done it,” Roberts admitted.

“But I also had three kids in the last 18 years. That raises the bar even more because then it’s not only ‘Is this material good?” It’s also the math equation of my husband’s work schedule and the kids’ school schedule and summer vacation.

Roberts clarified that her choice to pursue different creative outlets “wasn’t by design, so much as not finding something that I was interested in. I was surprised how quickly the years seemed to go by.”

“People sometimes misconstrue the amount of time that’s gone by that I haven’t done a romantic comedy as my not wanting to do one,” she added. “If I had read something that I thought was that ‘Notting Hill’ level of writing or ‘My Best Friend’s Wedding’ level of madcap fun, I would do it.”