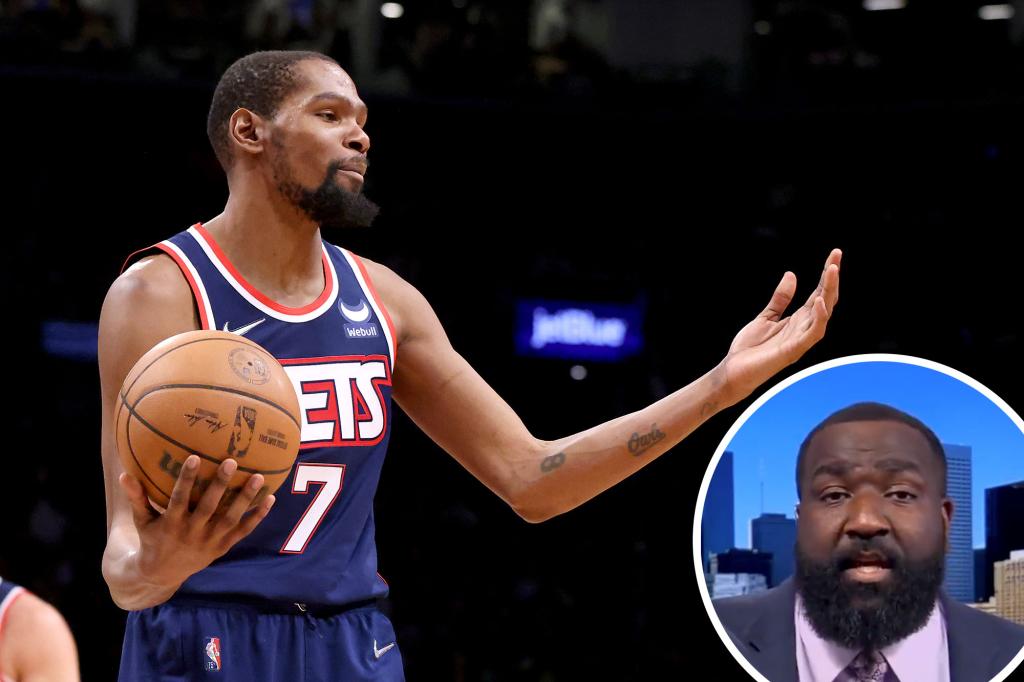 Kevin Durant’s recent trade request sent shockwaves around the NBA, but not everyone is buying its veracity.

ESPN NBA analyst Kendrick Perkins, for one, believes that Durant’s demand is merely a ploy.

“I’m looking at it and I’m saying, ‘Why would KD want out?'” Perkins said on “NBA Today” on Tuesday. “… And then all of a sudden, once Kyrie Irving opts into his contract, Kevin Durant comes out and says, ‘I want to be traded.’

Perkins’ theory comes in the wake of reports that the Nets are “putting out the vibe” that they could keep Durant around until fall camp, holding out to see if the disgruntled parties can resolve their differences. Durant, after all, has four years left on his contract; There’s little incentive for Brooklyn to hasten a deal unless its asking price is met.

But the flurry of activity elsewhere in the NBA landscape — highlighted by Minnesota’s blockbuster acquisition of Rudy Gobert — is fueling Perkins’ Durant-related suspicions.

“We’re talking about KD, a top-five player, arguably the best player in the NBA, and he hasn’t been moved yet?” Perkins said. “You’re sitting up here telling me right now that Kevin Durant is still on the market? … If you’re any other team around the NBA and Kevin Durant is on the market and you mean to tell me that no traction has picked up over the weekend? I don’t believe it.”

On Sunday, ESPN’s Adrian Wojnarowski reported that the market for Durant is “still taking shape.”