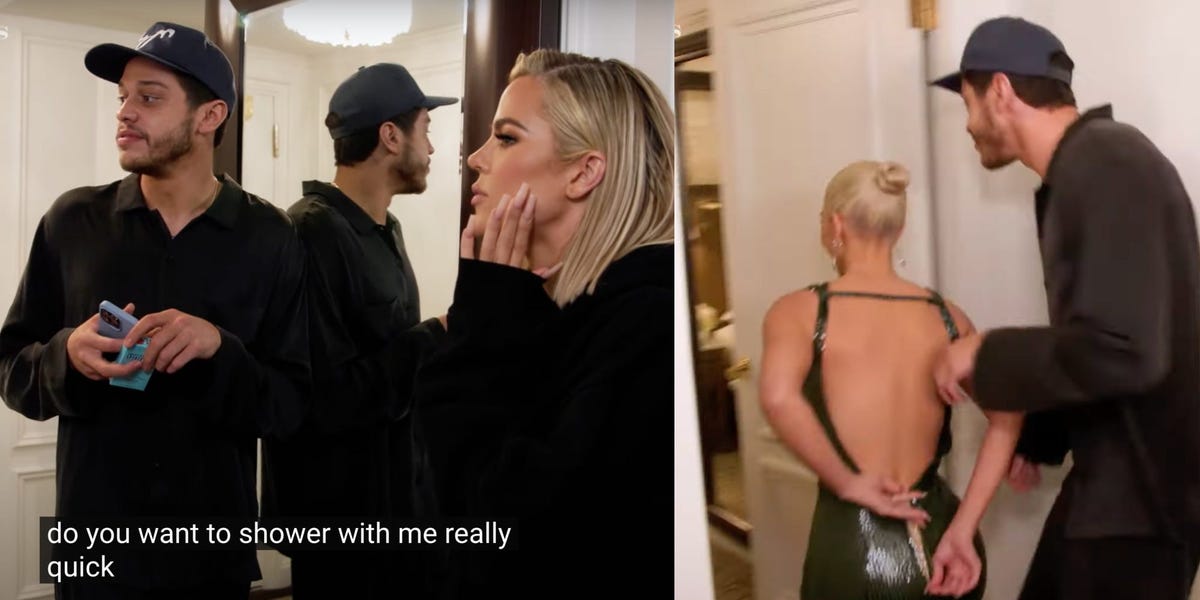 Kim Kardashian asked Pete Davidson to shower with her in the first teaser trailer for “The Kardashians” season two, marking her boyfriend’s first on-camera appearance in her family’s reality series.

Released the teaser on Monday, revealing that the new season would premiere on the platform on September 22. At the very end of the trailer, Davidson made a brief appearance.

“Babe? Do you want to shower with me really quick?” Kardashian asked, walking through a doorway.

In response Davidson, who was standing next to Kardashian’s sister Khloé, comically tossed his cell phone and what appears to be a pack of Natural American Spirit cigarettes into the air, quickly following Kardashian towards the bathroom.

The brief moment is the first time that Davidson has appeared in the show, following an off-screen cameo that he made during the season one finale.

In a post-credits scene at the end of that episode, which aired June 16, Kardashian called out to Davidson while sitting on a couch that was used to film some of the series’ confessionals. She told him that she wanted him to meet her longtime audio producer Erin Paxton, saying that the producer had “probably seen my vagina.”

“More than me?” Davidson questioned from off-screen.

While the show’s first season answered questions about their relationship, such as how they started talking and how Davidson supports his girlfriend, Kardashian was still relatively private about her new relationship and said prior to the show’s premiere in an interview with Variety that her boyfriend wouldn’ t appear on-screen in the first season.

Danielle King, the series’ showrunner, told Deadline that Kardashian “never” tried to convince Davidson to appear on the show, and that any appearances he made would be on the couple’s terms.

“It’s always up to the significant other, or the peripheral person that they’re dealing with,” King said. “If they wanna join in on the fun, more power to them, we’re happy to cover that.”