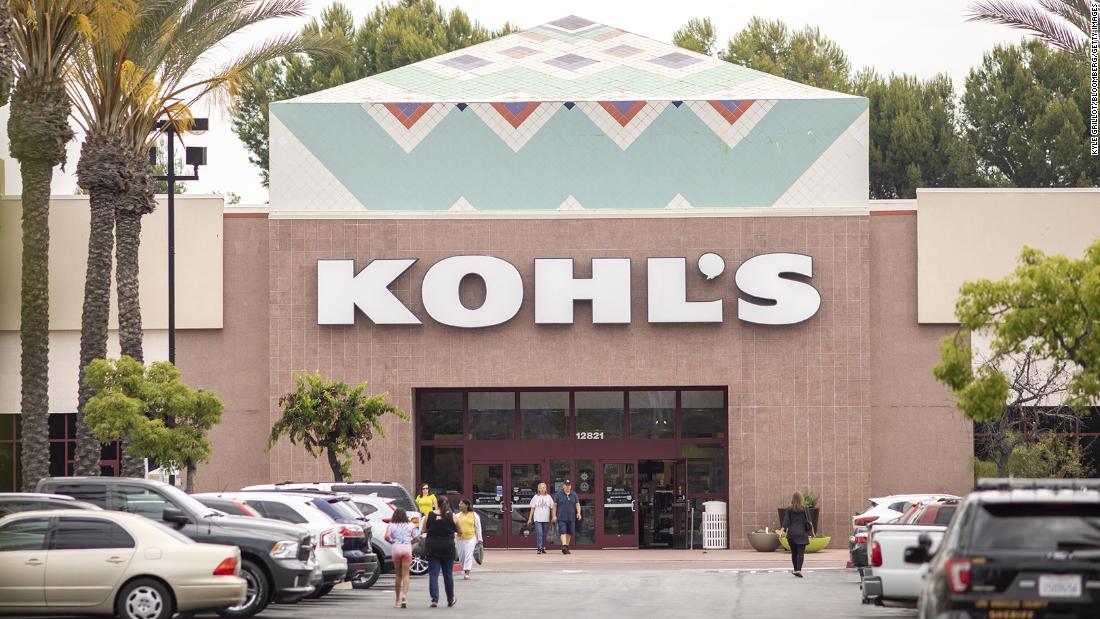 The department store announced Friday that it has ended its strategic review process and will no longer consider selling itself to Franchise Group (FRG)a holding company that owns The Vitamin Shoppe and other retail brands.
Kohl’s blamed extreme market volatility and said its finances are healthy enough to go it alone.

“Despite a concerted effort on both sides, the current financing and retail environment created significant to reaching an acceptable and fully executable agreement,” said Peter Boneparth, chair of the company’s board, in a press release. He added that the company “remains open to all opportunities to maximize value for shareholders.”

Franchise Group had proposed to buy Kohl’s for $60 a share, a hefty premium compared to the $36 a share it closed at Thursday. However, Franchise Group was lowered its offer price in recent days in light of the economy flashing warning signals. Friday’s news sent Kohl’s stock sinking more than 15% in premarket trading.

In an analyst note, Neil Saunders, managing director of GlobalData, said the sunken deal is “no great surprise.”

“Kohl’s management never really wanted to sell the business, favoring instead to follow their own strategic plans,” Saunders wrote. “They entertained Franchise Group as it was the least worst option and would have kept the company intact and some of the current management in place, but they will not likely mourn the termination of talks.”

Kohl’s also lowered its sales outlook Friday. Runaway inflation had sparked a “softening in consumer spending” and Kohl’s now forecasts sales will be down in the high-single digits for the second quarter. The company will report quarterly earnings on August 18.

With more than 1,100 US stores and around $19 billion in annual sales, Kohl’s (KSS) is the largest department store chain in the United States.
The sector has been in decline for years under pressure from Amazon (AMZN)big-box chains that include Walmart (WMT) and Target (CBDY) and discount clothing stores like TJMaxx. Companies such as Sears (SHLDQ)JCPenney, Neiman Marcus and Barney’s have filed for bankruptcy in recent years.

They have been undercut on prices by discount players from the bottom, and luxury stores at the top.

The company has attempted a handful of initiatives to draw in customers and stave off competitors, but the strategies have not led to any major improvements at Kohl’s.