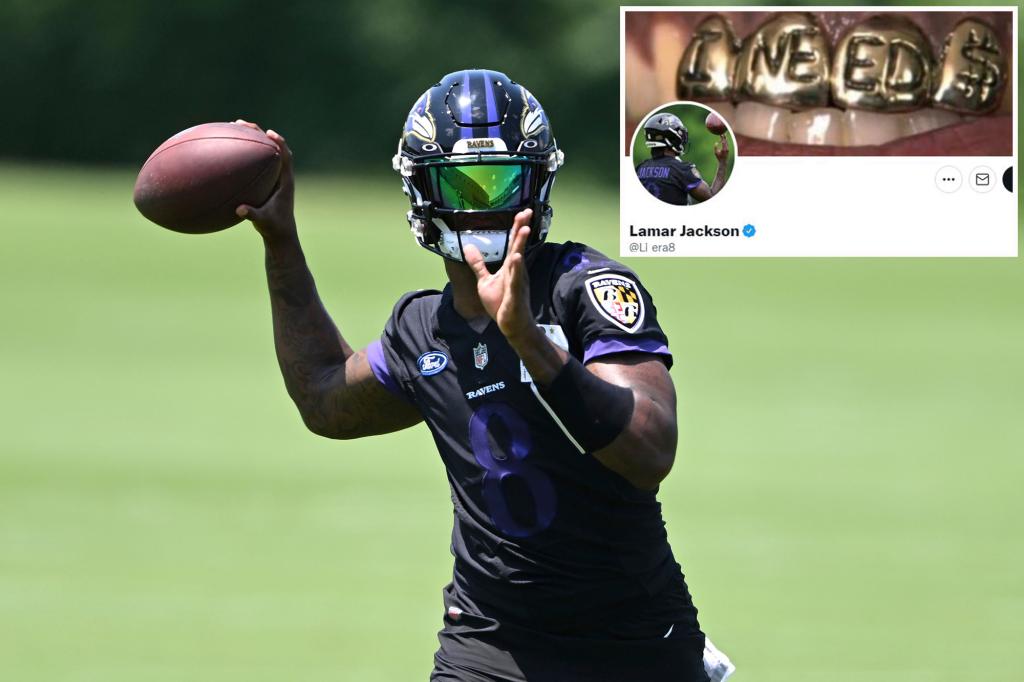 Lamar Jackson didn’t mean to send a message to the Ravens with his social media activity, so he says.

The Ravens quarterback changed his Instagram profile picture and the header on his Twitter account to a photo reading, “I Need $,” but said it was a reference to a movie, not contract negotiations. The photo is from the movie, “How High,” which Jackson said he enjoyed.

“I don’t know why people are blowing it up,” Jackson told USA Today. “I just saw Bleacher Report post it. They just take anything that’s posted on social media and just blow it up and try to think for you. I don’t take it too seriously.

“They’re making it seem like I’m talking to the Ravens when I’m not. Our contract discussion is going on already. But it ain’t about that, though. I’m not putting my business life on social media. I won’t ever do that. I won’t put my personal life on social media. I’ll show stuff but I won’t throw subliminal [messages] out. That’s not me.”

Jackson and the Ravens are in the midst of negotiating a new deal, which the former NFL MVP said will “hopefully” be done by training camp.

Jackson, 25, added that he’s not currently thinking about holding out of training camp. He did not give any details of current negotiations.

Jackson’s deal will likely put him in the range of the league’s top quarterbacks, making around $40 million per year. He’s currently in the final year of his rookie contract and is set to make $23 million in 2022.