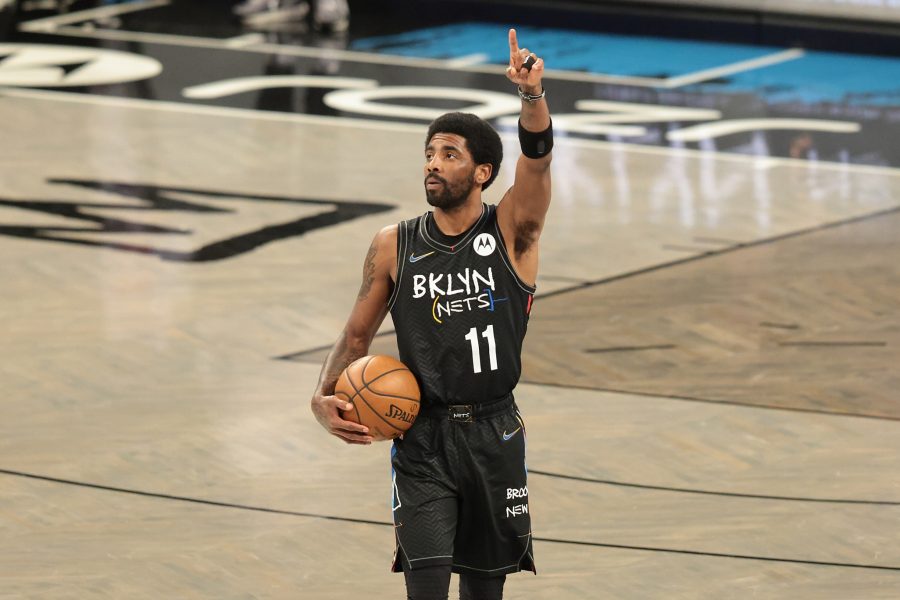 Although a couple other teams were briefly linked to Nets guard Kyrie Irving since free agency began, his trade market appears to be “Lakers or bust,” according to Michael Scotto of HoopsHype. With Irving apparently generating little interest as a trade chip, both he and the Nets are sending out signals that they’re willing to continue their relationship.

Appearing on ESPN’s Get Up on Wednesday (video link), Brian Windhorst said the “vibe” coming out of Brooklyn is that the Nets are comfortable entering the fall with both Irving and Kevin Durant still on their roster.

“This could be a negotiating position, or it could be a smart decision if you don’t like the trade offers that you have,” Windhorst said. “The market for Durant has not been as lucrative as the Nets were hoping, and the market for Kyrie is very thin. It’s essentially the Lakers and the trade offer isn’t great. If you don’t like what you have, do you just sort of close ranks and look at restarting it?”

Meanwhile, a source close to Irving tells Brian Lewis of The New York Post that Irving hasn’t asked to be traded and has “every intention” of playing for the Nets in 2022/23.

“How did we get into this situation about (a) trade, when he opted in?” Lewis’ source said. “Here is the situation: He opted in, which means he had and he has every intention of playing with the Brooklyn Nets. KD decides he wants out and now everybody is talking about trading Kyrie, right?

“Kyrie has not asked for a trade. Now, if the Nets don’t want him, that’s something totally different. Kyrie has not said he wants a trade. He opted in. (So ​​where did) the trade conversations come from? Is it because, KD requested a trade and now everybody’s like, ‘Let’s trade Ky?’ Kyrie opted in.”

It’s true that there has been no indication Irving has explicitly requested a trade like Durant has, but it’s still hard to take the source’s comments at face value.

Reporting from several outlets in June indicated that Irving was seriously exploring other destinations and only opted into his contract with the Nets after it became clear that none of the teams on his wish list were prepared to make him a lucrative, long-term offer in free agency. Since then, multiple reports have suggested Kyrie would like to end up with the Lakers.

Still, even if the comments from Lewis’ source are an attempt by Irving to save face and win the PR battle, the fact that the All-Star guard is apparently open to spending 2022/23 in Brooklyn is good news for the team. It means the Nets shouldn’t feel any pressure to accept the Lakers’ best offer for Irving if it falls short of their asking price.