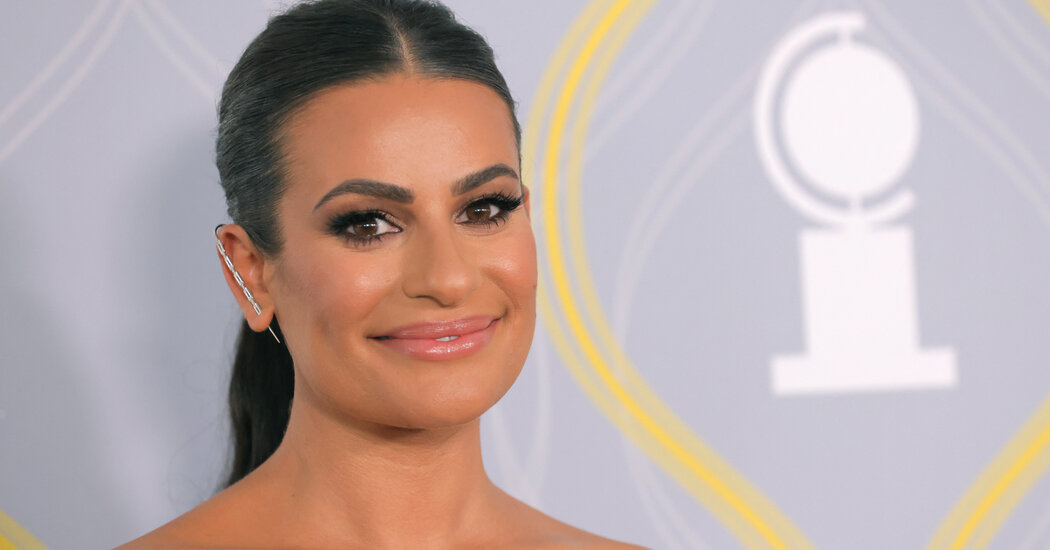 The actress Lea Michele will take over as Fanny Brice in the Broadway revival of “Funny Girl” in early September, the show said Monday, after Beanie Feldstein’s abrupt announcement that she would be leaving the role earlier than expected.

Feldstein wrote in an Instagram post on Sunday night that her “dream” run as Brice, a spunky stage performer who shoots to stardom with the Ziegfeld Follies, would end on July 31, instead of the previously announced date of Sept. 25. Without elaborating, Feldstein, whose performance in the role received tapid reviews, wrote that she would leave the early musical because the production had “decided to take the show in a different direction.”

The show quickly signaled that it had her successor waiting in the wings, and on Monday, it was announced that Michele — who starred in the original Broadway production of “Spring Awakening” and is best known for her central role on the television show “Glee” ” — would be debuting in the role on Sept. 6.

Until then, the actress Julie Benko, who has been playing Brice as Feldstein’s understudy, will step in. Under a new arrangement, Benko will continue to perform in the role once a week, on Thursdays, after Michele takes over.

In an Instagram post after the news was announced, Michele wrote: “A dream come true is an understatement. I’m so incredibly honored to join this amazing cast and production and return to the stage playing Fanny Brice on Broadway.”

The show also announced that the actress Tovah Feldshuh, who starred in the original Broadway production of “Yentl,” will be taking over the role of Brice’s doting mother, who is currently being played by Jane Lynch. The show had previously announced that Lynch would be leaving after Sept. 25, but the new announcement moved her departure a few weeks earlier. That timetable means that Michele and Lynch, who were co-stars on “Glee,” will not be performing together.

After Barbra Streisand originated the role of Brice in the original 1964 production, the show evaded a Broadway revival for decades, partly because comparisons with Streisand’s star-making performance seemed hard to escape.

It has been no secret that Michele — who opened each chapter of her 2014 memoir, “Brunette Ambition,” with a Streisand or Brice quote — had interest in the role. A central plotline of her character on “Glee,” a cutthroat captain of the high school glee club on which the show is based, involves playing Brice, giving Michele the chance to perform songs like “People” and “I’m the Greatest Star” ” during the series.

The “Glee” co-creator Ryan Murphy had gotten the rights to “Funny Girl,” thinking that Michele’s character would audition for the role on the TV series and then, perhaps, Michele would star in the show in real life. In a 2017 appearance on Andy Cohen’s talk show, Michele said they had been considering collaborating on a Broadway production after the end of “Glee,” but it felt too soon because she had just performed many of the songs on the TV show.

“But I feel really ready to do it now,” she said on the show, “So maybe we can do it soon.”

That dream did not come to fruition — until now.

Michele was 8 years old when she made her Broadway debut as Young Cosette in “Les Misérables,” but spent more than a decade focused primarily on television. Michele sang at last month’s Tony Awards during a reunion performance with other original cast members of “Spring Awakening.”

In 2020 the meal-kit company HelloFresh terminated its partnership with Michele after a former “Glee” castmate, Samantha Marie Ware, who is Black, tweeted that Michele had been responsible for “traumatic microaggressions” toward her. Michele released an apologetic statement on Instagram saying she did not recall making a specific comment that Ware wrote about, but adding that she had been reflecting on her past behaviour. “Whether it was my privileged position and perspective that caused me to be perceived as insensitive or inappropriate at times or whether it was just my immaturity and me just being unnecessarily difficult, I apologize for my behavior and for any pain which I have caused,” she wrote.

The current production of “Funny Girl,” which opened in April at the August Wilson Theater, has had strong ticket sales, grossing an average of about $1.2 million each week during the 14 full weeks since it started performances. The show’s only nomination at last month’s Tony Awards was for Jared Grimes’s role as Brice’s friend, Eddie Ryan, a tap-dance extraordinaire who aids Brice’s rise in show business.

Grimes will continue in his role, as will Ramin Karimloo, who plays Brice’s suave love interest, Nick Arnstein.