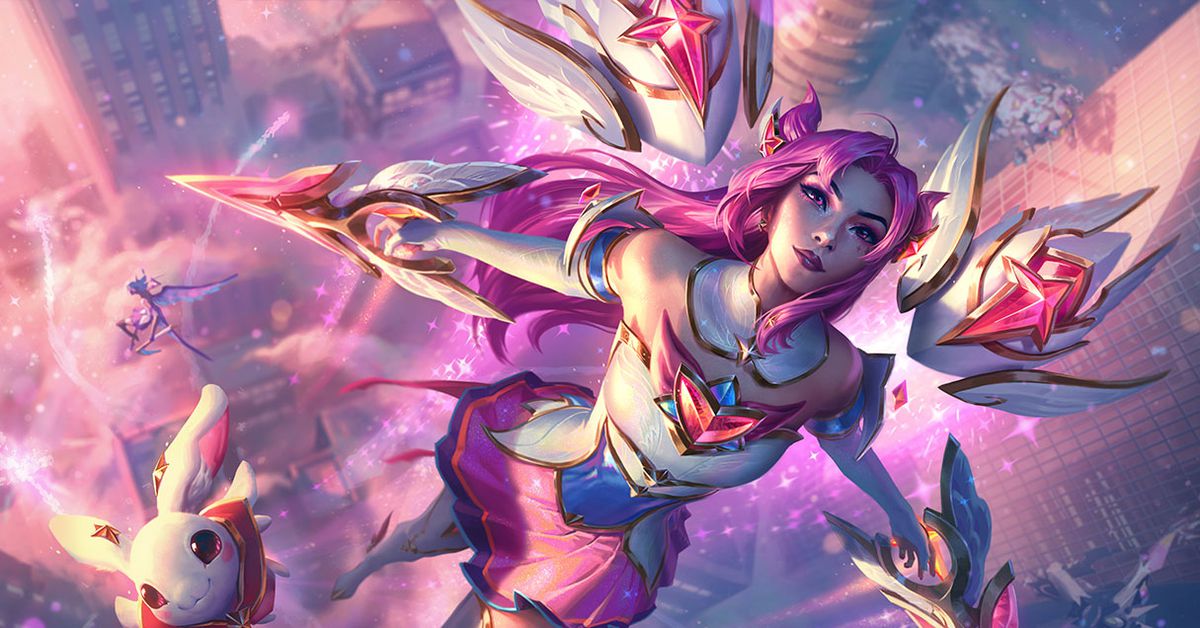 A big Star Guardians event is coming to Riot Games’ League of Legends, Wild Rift, and Legends of Runeterra on July 14. A host of characters from the various rosters are getting new Star Guardian skins and cosmetics, and new lore about this alternate universe will play out over two patches throughout the summer. Riot will also release a Sessions album centered around Star Guardian Taliyah.

The Star Guardians subculture is one of the most popular ones within the greater League of Legends lore. Star Guardians are high school students entrusted with cosmic powers to defend their homes from terrifying threats.

“The last time we revisited Star Guardian, we really saw that our players loved it and engaged with it,” said Stephanie Bedford, a narrative producer at Riot Games, in a phone call with Polygon. “So we just really wanted to deliver on that.”

For those who are just learning about these adorable skins, Riot released a “The Story So Far” timeline that encapsulates all of the established lore about this alternate universe so far. It’s a classic magical girl story, with a force known as the First Star picking guardians to defend humanity against the cosmos. The Star Guardians are depicted as high school kids, balancing a dual identity of teenager and hero.

The previous waves of Star Guardians have had cinematics, animations, music, a PvE event, and short stories published on the Universe website — but story details were all quite vague. Players could glean an overall setting and a few key events, but not a narrative throughline. What we knew mostly came from the skin biographies and alternate voice lines from legendary skins.

But despite the limited nature of this narrative, fans still fell in love with the Star Guardians. These alternate characters are very indulgent, with the cute costumes, adorable allies, and wholesome friendships you’d expect from a magical girl squad.

“This is one of our most popular thematics that we have as an alt universe,” Bedford said. “Riot really views our alt universes as a really amazing medium for narrative expression and storytelling. So it’s not just cosmetics or a skin line to us, and we’re trying to create something that has depth, breadth, and player appeal.”

The Star Guardians have an enthusiastic fan base that draws fan art of the skins, ships them with each other, thinks about where the story could go or what certain clues might mean, and otherwise enthuses about the alternate world.

OOOHH~ BUT WHAT DOES IT MEAN

“All of us devs are definitely out there lurking and sometimes we can’t always interact or give things away,” Bedford said with a smile. “But even within Riot, we’re such big fans ourselves that we link it in our off-topic channels and say ‘Look at this amazing art’ and ‘Oh my gosh, how did they already know?’ or ‘They’re going to be so surprised when this happens.’”

In mainline League of Legends lore, champions live in dangerous fantasy environments that demand excellence of them. It’s, well, a league of legends. The Star Guardian versions of these characters aren’t as battle-hardened or world-weary. Kai’Sa and Kassadin in Runeterra are a tragic father/daughter duo, barely surviving a battle against the Lovecraftian Void. Star Guardian Kai’Sa, on the other hand, tells her teammates not to tell her dad about this magical girl business. “He has a lot going on.” (“We love Kassadad,” laughed Bedford.)

Star Guardian is a universe that’s “really concerned with the personal aspects of relationship, and identity, and friendship — things that are all really important to our players in real life,” Bedford said.

Over a dozen developers have all worked on this year’s Star Guardian event, including lead concept artist Oscar Vega and principal writer Jared Rosen. There are two legendary skins, Kai’Sa and Akali, as well as some villainous additions to the cast in Star Nemesis Morgana and Fiddlesticks. The Star Guardian event starts on July 14 across Riot’s Wild Rift, League of Legendsand Legends of Runeterra.