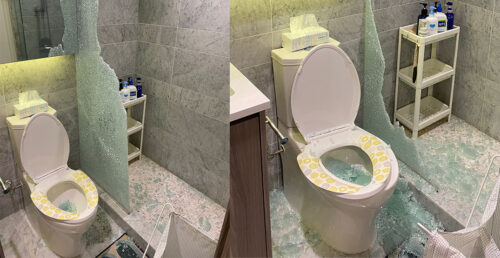 A tempered glass shower door in a Vancouver condo spontaneously shattered last week, and the homeowner and tenant are speaking out to warn others about the danger.

Ethan Zhang was doing dishes around 9:30 pm on June 30 when he heard what sounded like an explosion.

“I heard a very loud sound, like a gunshot,” he told Daily Hive.

At first he didn’t know what happened, but then he noticed small pieces of glass on the floor leading to the bathroom. He followed them and saw the shower glass had completely shattered.

“It was pretty scary because I was looking at those small pieces, and they’re very sharp. It spread all around, even outside the bathroom. Imagine how powerful it was — I would have been injured if I was in the shower.”

Zhang has been renting the condo near Marine Drive Station for the last three years. He shares the three-bedroom, two-bathroom unit with his family, and luckily his wife and child were traveling when the glass shattered and no one was hurt.

The PhD candidate took photos of the damage, spoke with the concierge, and phoned his landlord, Jack Chang.

Chang is a Vancouver physician who owns a handful of rental properties around the city. In all his years dealing with home repairs, he’s never had an issue like this.

“It’s quite alarming,” he said. “The first thing in my mind was did anybody get hurt. For me, as a doctor, I’m thinking of glass shard injuries to the eyes, to the feet…especially for a child this would have been quite a traumatic experience.”

Chang wants to warn others who have glass shower doors, and was curious if it’s happened before in his building. He looked for answers from the strata council, but a representative from Rancho responsible Management Services said it’s not for in-suite issues.

Rancho has not replied to Daily Hive’s request for comment either.

The building at 455 Marine Drive West was completed by developer Concord Pacific in 2019. 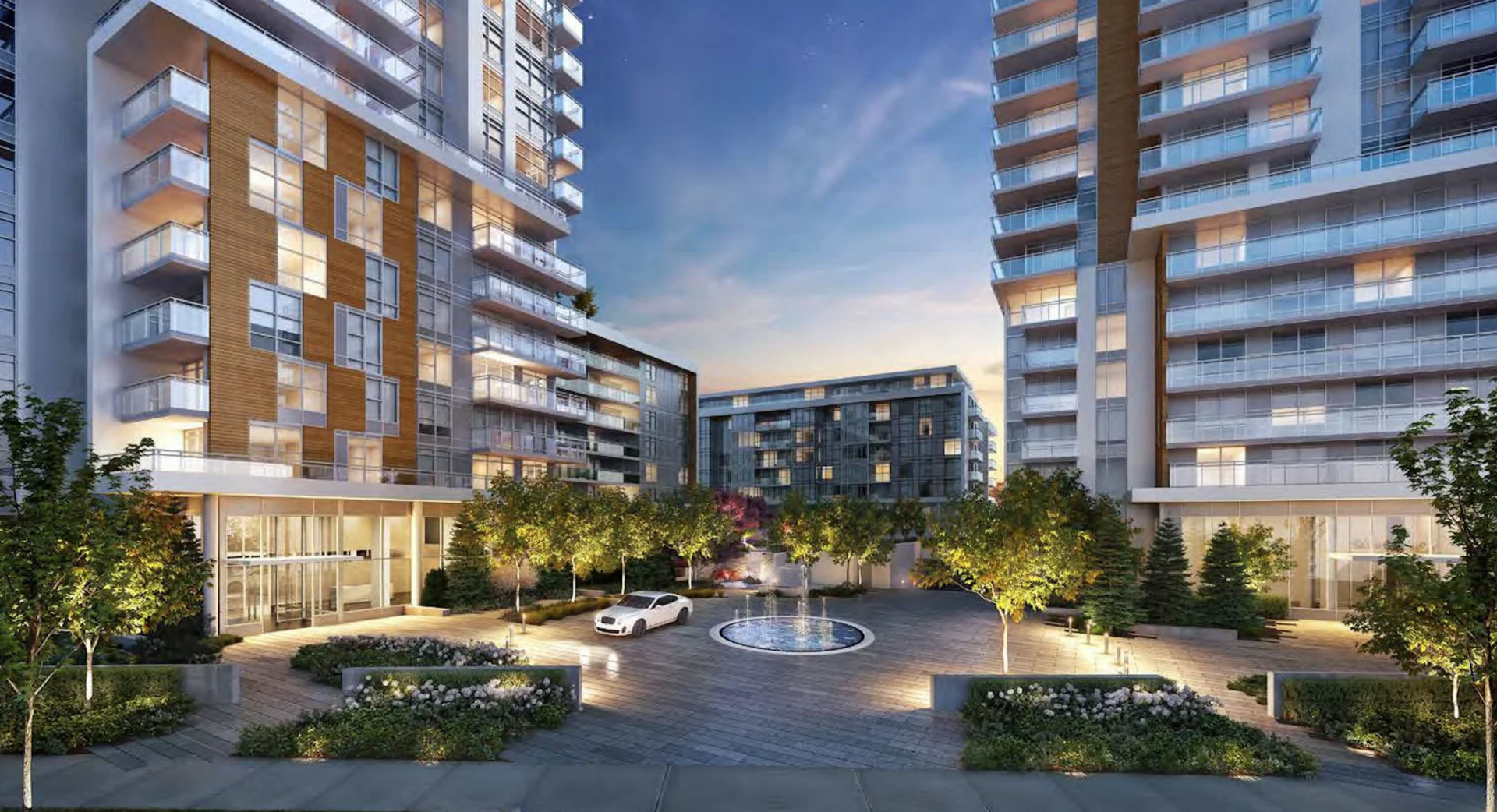 Peter Udzenija, director of corporate relations at Concord, said the company builds thousands of condos a year and safety is its foremost concern.

“If there are common issues in buildings, we address them. Product quality, safety, and user experience is our priority,” he said.

But, he added, many things can cause tempered glass to shatter for safety.

“We can’t speculate what happened and we haven’t heard of any other shower glass issues in this building.”

What can cause tempered glass to shatter?

The tempering process involves heating the glass up until it’s molten and then blasting cold air over it. The resulting product is four times stronger than normal glass, but there’s a lot of tension in the glass.

That means that when the glass breaks, it will often shatter all at once.

“When it does break it kind of explodes because of the tension. There are these tiny little pieces and they may knick you and you’re going to jump out of your skin because it’s loud … but the cut you’d have from regular glass would be pretty nasty.”

Tempered glass can explode unprovoked if nickel sulphide is left over from the manufacturing process — a metal buildup which butler likens to a glob of batter when making pancakes. But Butler said that’s less common these days and it would usually cause the glass to break shortly after installation.

A much more common reason for the glass to shatter is that it’s chipped.

He likened tempered glass to a jelly donut. A small chip may not penetrate the outer layer at first, but when it does — jelly everywhere.

A chip or small crack may grow while no one’s in the room, which is why glass may shatter overnight or when no one’s there. Although it appears spontaneous, Butler said most of the time the glass was somehow damaged.

Damage can occur during installation, when a glass pane rubs against its attachment, or from wear and tear.

He advised anyone with a glass shower to treat it very carefully and avoid touching the edges, leaning against it, or slamming it.

“We love glass because it opens up the bathroom. It’s clear. It’s beautiful. But like anything else, it’s got it’s drawbacks — and it does have the potential to break.”