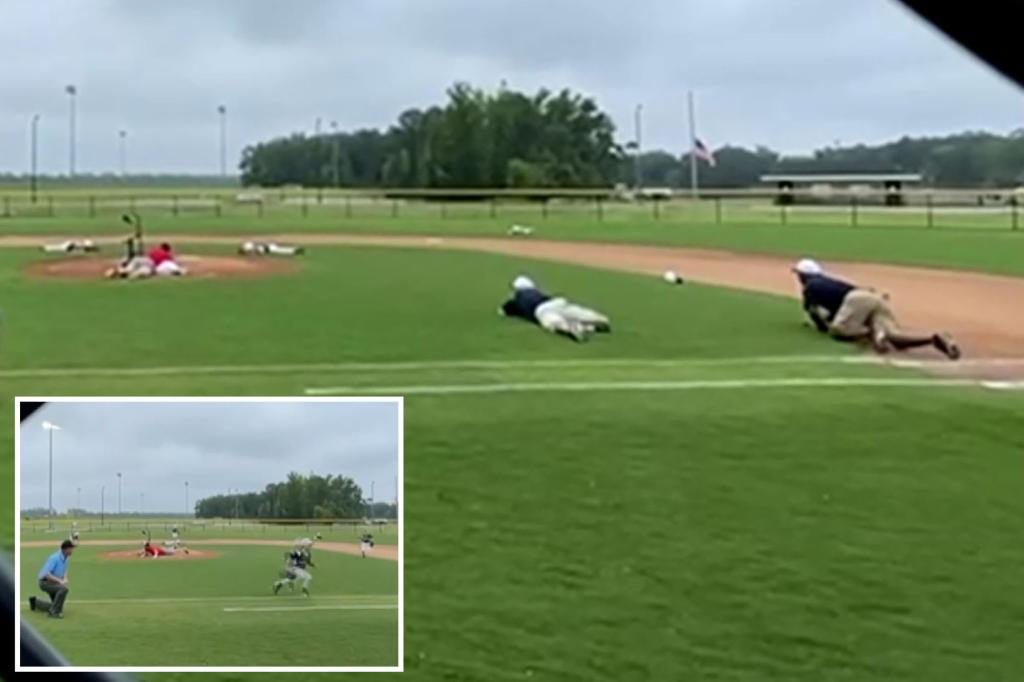 The footage showed under-8 players as well as the adults officiating initially frozen in fear as at least three shots rang out Sunday — with one landing just feet from a player, WITN said.

Most of the players then dropped to the ground while a handful fled the field in Wilson as a chorus of adults screamed, “Get down!”

The clip ended with the youngsters on the ground trying to crawl to safety.

“No child or parent should ever experience anything like this,” insisted the South Durham Little League, whose 8U Orange All Star team was one of the teams playing at the time.

“Tragic events such as these are happening far too often in our country. … Today, it happened for 7- and 8-year-old Little League players, for children and coaches we all know,” the league said of the “terrifying situation for all involved.”

“We know at least one bullet landed on one of the baseball fields, while players were on the field,” the league said.

One dad, Dominique Williams, told the local station he raced to grab a gun from his car, fearing an active shooter.

“As I was running to my car, I was thinking, ‘Do I go get my son or do I go and get my pistol?’ so I made the decision to fight back in case the shooter approached,” he said.

Another player’s dad, Pius Walcourt, said it was “very sad that someone would ever want to shoot anything near a youth event.”

“These are kids. They have their whole lives ahead of them and for something like this to happen … It could traumatize them for the rest of their lives,” he said.

The gunman — who shot out the windows of a minivan in the parking lot — was not immediately arrested, police said. However, there was no evidence that anyone at the game had been targeted, the force told WITN.

Still, the championship was canceled for the rest of the day, and several teams later withdrew completely.

The South Durham Little League withdrew both its under-8s and under-9s teams from the state championships.

“This was not a decision made lightly, but it also was not a difficult decision for us to make,” the team said.

“The events were too traumatic for us to even consider having the teams return to Wilson to play,” said the statement, which ended by saying, “Our hearts are heavy.”